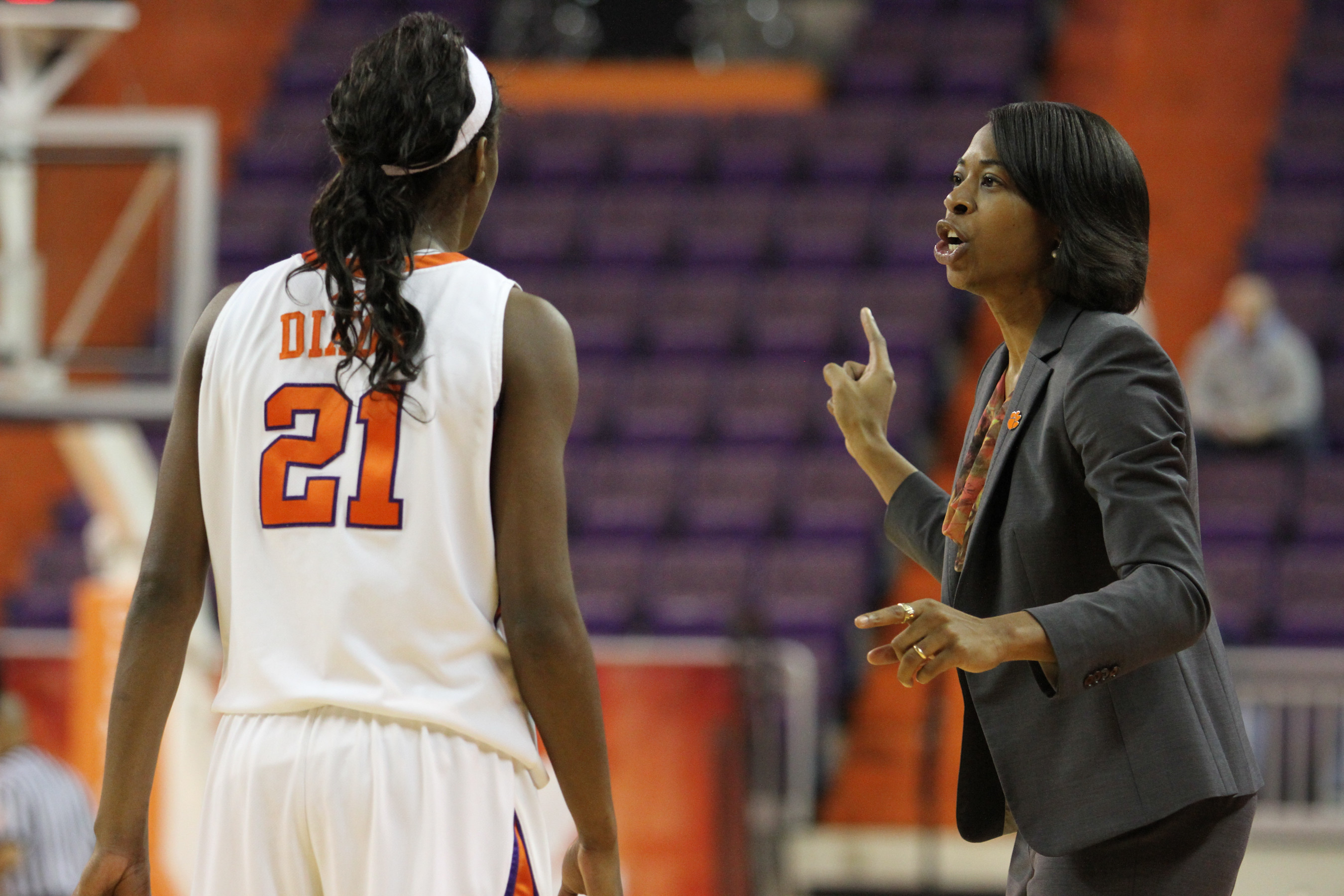 Aisha Turner added a season-high nine assists, the most by a Clemson player since 2010, and Clemson shot .434 from the floor in the game, while holding Miami to a .415 mark. The Hurricanes, however, hit 10-22 from behind the arc (.455) in the game. Clemson had entered with the ACC’s best three-point percentage defense (.240).

South Carolina native Morgan Stroman led Miami with 20 points and 10 rebounds, while Stefanie Yderstrom added 18, including a 5-9 mark behind the arc.

A 7-0 lead early in the second half extended Miami’s lead to 17 points before the first media timeout of the second half. Clemson wasn’t able to get closer than 16 the rest of the way, despite only six second-half turnovers.

Miami had 23 points off turnovers. Clemson was able to control the paint scoring with 34 points to just 26 for the Canes, who did most of their damage from behind the arc.

For Pettaway, it extended her career-long streak of games in double-figure scoring at six in a row, while Dixon hit double-figures for an eighth straight contest. However, a consistent third option did not emerge in the contest, with Aisha Turner adding six points, and Nyilah Jamison-Myers and Natiece Ford adding five apiece.

Pettaway tallied 14 points on 7-8 shooting in the first half, to go with four rebounds. Clemson controlled the scoring in the paint with 16 points, 14 of which come courtesy of Pettaway, and two came from Tay on an aggressive drive to the hoop.

Miami used a 16-2 run early to turn a two-point lead into a 16-point edge over the course of six minutes. Clemson chipped away with a steady diet of Pettaway, but could not get closer than eight the rest of the half. Clemson did have a chance to drill further into the lead, but a late turnover-turned-fastbreak basket just before the break gave the Hurricanes a 36-25 lead at half.

Next up, Clemson will return to Littlejohn to play Georgia Tech on Sunday at 2:00 pm in a game that will be televised by CSS.