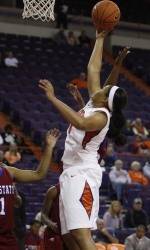 CLEMSON, SC – The Clemson Lady Tigers fell to Charleston Southern on Sunday afternoon by an 82-77 margin in Littlejohn Coliseum. Clemson (3-4) had four players in double-figures, but the Buccaneers (6-2) hit ten threes, and shot .492 from the field, and were efficient off of Clemson’s turnovers.

Charleston Southern’s Lakeitha Alston had 31 points and 10 boards to lead all players, while CSU hit 10-28 three-point goals in the game to help offset Clemson’s 24-12 free throw scoring advantage. Clemson went cold behind the arc, hitting just 1-11 attempts, a Chancie Dunnjumper from the wing in the second half.

Dunn had 11 points for her second career game in double-figures, while freshmen Nikki Dixon and Natiece Fordeach had 11 points as well. Dixon filled the stat sheet with season highs in rebounds (8) and assists (6), while also tallying three steals. Ford’s 11 points were a career-best for the freshman, who hit 5-8 from the floor and also pulled down seven boards and had two blocks.

Charleston Southern came out quick early, taking an 8-1 lead, prompting an Itoro Colemantimeout. The Lady Tigers head Coleman loud and clear, responding with a 10-0 run to take an 11-8 lead. The Bucs responded, eventually taking a nine-point lead at 40-31, before Clemson closed it to four on back-to-back jumpers from Dunn.

The Buccaneers took a 43-36 lead into halftime. Trailing by ten at 47-37, Clemson went on a 12-2 run starting at a 17:37 of the second half. The game stayed close for much of the help, with neither team grabbing a foothold of more than six points the rest of the game. With the game knotted at 77-77, The Bucs hit three of four free throws down the stretch, and closed out the game with a 5-0 run for the 82-77 victory.

Clemson fell to 12-1 all-time against Charleston Southern, and 10-1 at home. The Lady Tigers return to action on Dec. 9 in Michigan against Oakland. 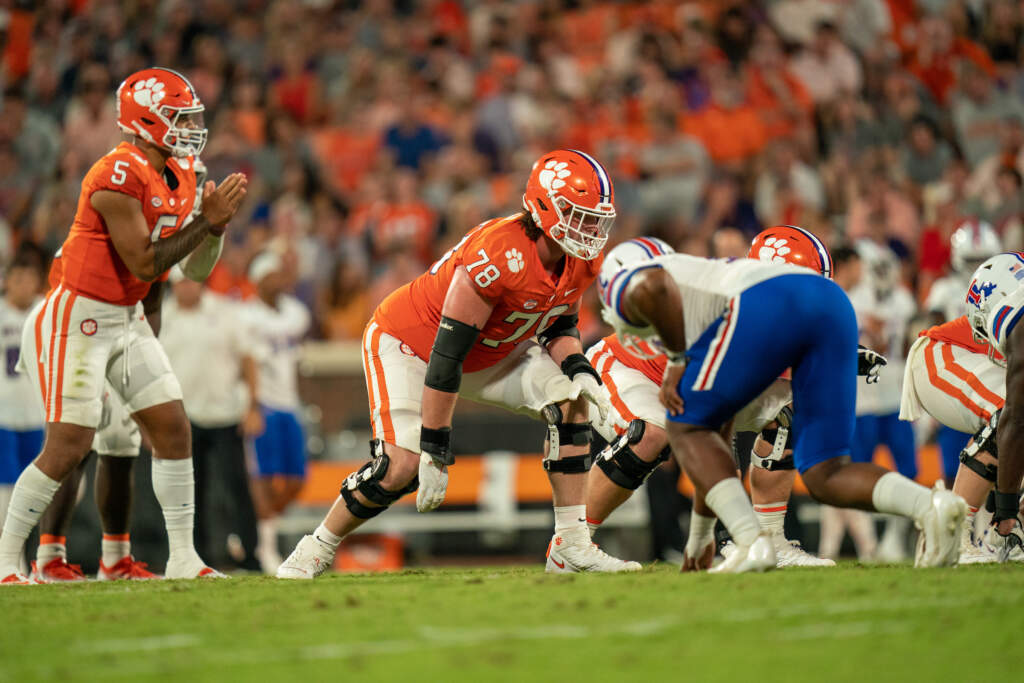