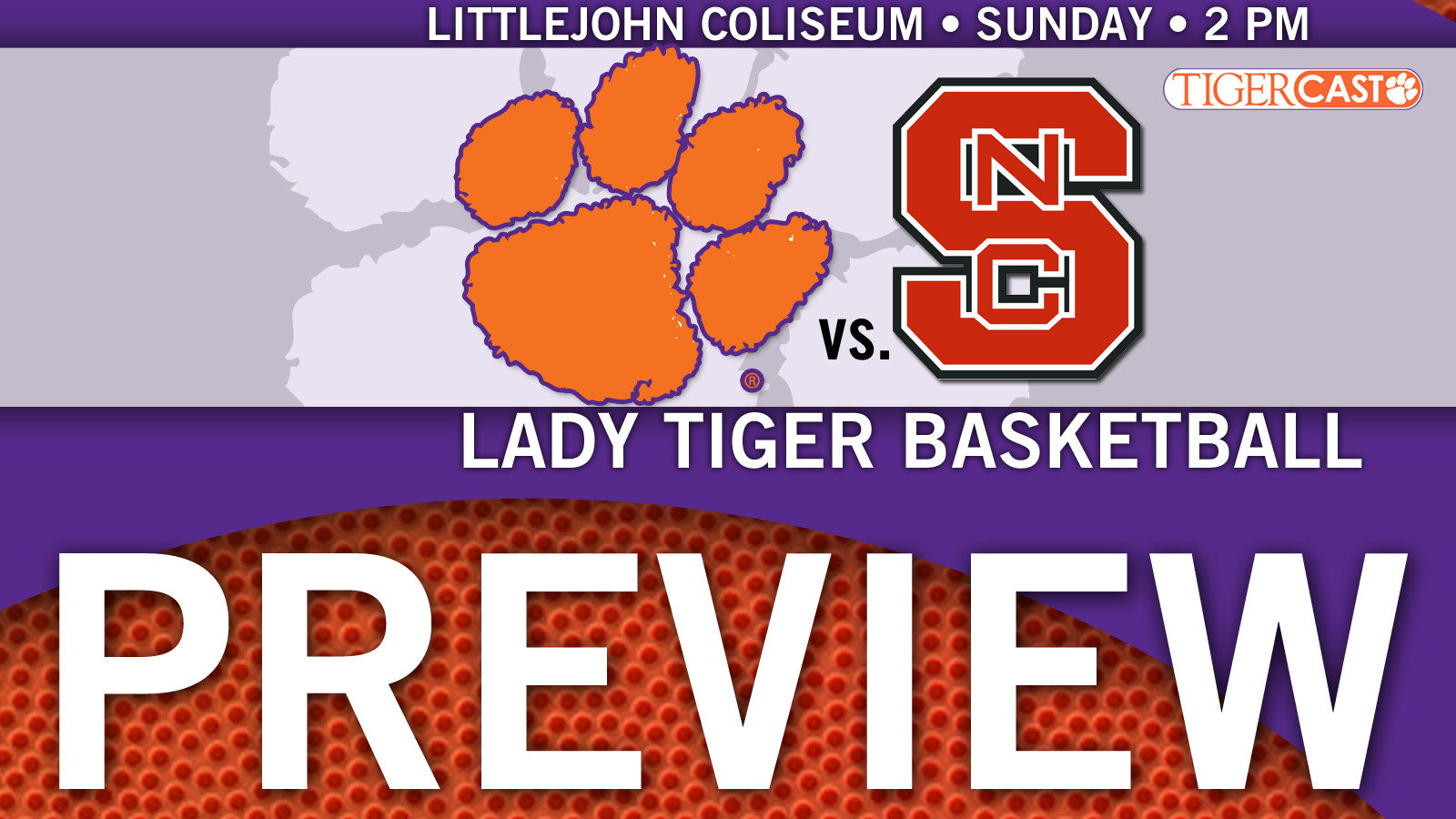 Site: Littlejohn Coliseum (Clemson, SC) Date: Sunday, Mar. 3, 2013 Time: 2:00 PM Listen: CTSN or ClemsonTigers.com (Don Munson, Kanetra Queen) Watch: TigerCast (FREE, HD) Livestats: ClemsonTigers.com CLEMSON, SC – The Clemson women’s basketball team will play their final game of the 2012-13 regular season when NC State (14-15, 6-11 ACC) comes to Littlejohn Coliseum for a 2:00 pm showdown on Sunday. It will be both teams’ final contest before the ACC Tournament, which takes place in Greensboro, NC beginning Mar. 7. Final seedings and brackets will come out on Sunday night.  Clemson (9-19, 5-11 ACC) has an opportunity to finish as high as eighth with a win over the Wolfpack, who took down the Lady Tigers earlier this year in Raleigh. Clemson has won three of their last four games overall, while NC State has dropped three of four.  The game will be available on Tigercast for free in high definition online, and using the official iPad app. The game will also be broadcast on the Clemson Tigers Sports Network, which will be followed by the baseball game at South Carolina. The baseball game audio will be available on TigerCast until the conclusion of the women’s basketball broadcast.  This will be the 81st meeting between the teams all-time, with NC State holding a 50-30 advantage to date. The Lady Tigers have an 18-15 lead in the series played in Clemson.  The Lady Tigers will try to make it three home wins in a row on Sunday. They took a 51-46 over Virginia Tech on Feb. 17 and a 64-62 victory over Virginia on Feb. 21 before playing two straight on the road. Clemson won at BC, 64-61, on Feb. 24, before falling in Atlanta on Thursday, 74-48.  The Wolfpack also defeated Virginia in their most recent game, but dropped their three previous contests to Georgia Tech, Miami, and North Carolina.  A trio of Lady Tigers will be aiming for milestones on Sunday. Junior Quinyotta Pettaway, who is tied for 25th in Clemson history in career rebounds, needs just seven boards to reach 500 for her career. She enters the game averaging 8.9 per game, the third-best average in the ACC. Pettaway has also been Clemson’s most consistent scorer, hitting double figures 19 times this season, and eight times in her last nine outings.  Nikki Dixon also needs just five points to reach 700 for her career. The sophomore is averaging a team-high 12.9 points per game.  Finally, freshman Aisha Turner has 99 career assists and is trying to become the first Lady Tiger freshman with 100 assists since Keyrra Gillespie had 104 in 2008-09. Turner is second among all league freshmen in assists per game (3.5) this season.