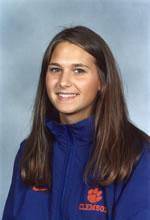 TUSCALOOSA, AL – The Clemson women’s track and field team opened its 2005 outdoor campaign this weekend at the Alabama Relays held at the Sam Bailey Track. The Lady Tigers brought home six top-five finishes in their first outdoor meet. Barton’s fifth-place finish in the 3000m steeplechase was particularly notable, as she re-set her Clemson record in the event. Her time of 11:18.17 at the Alabama Relays was a personal-best time by 40 seconds, as her previous personal-best and school record time was 11:58.95.

The Lady Tigers return to competition next weekend, as Clemson hosts the Clemson Relays on Friday and Saturday, Mar. 25-26. The meet will take place at the Rock Norman Track and Field Complex on Clemson’s campus.