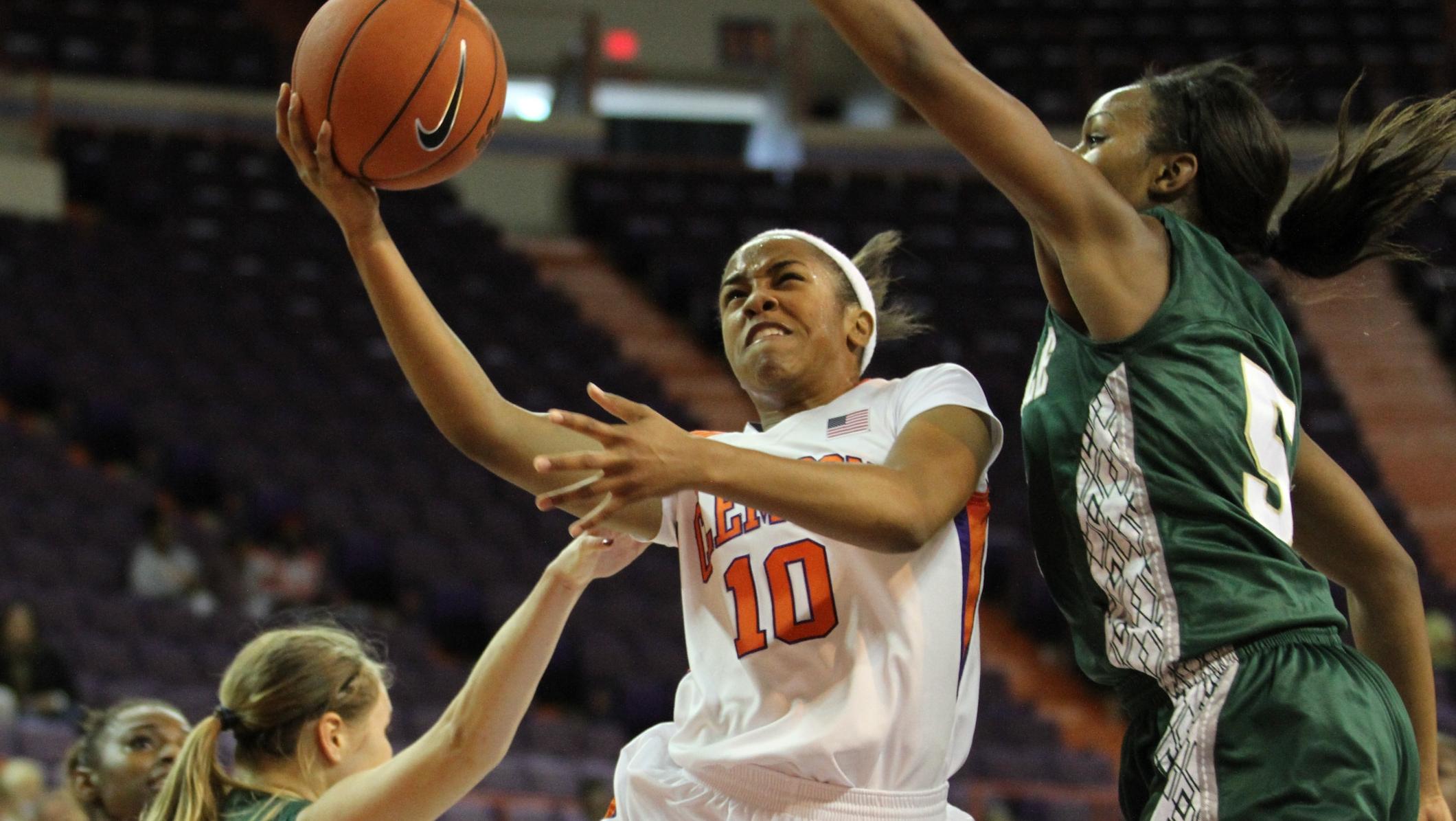 Lady Tigers Back in Action Sunday

CLEMSON, SC – The Clemson women’s basketball team will play their first game following final exams when they take on Radford (5-4) at 2:00 pm on Sunday in Littlejohn Coliseum. Clemson (1-7) has won all four meetings with the Highlanders all-time, but they have not met since 1991.

There are numerous ways for fans to come and be involved at the game, as the university recently announced ticket promotions for the holidays. Clemson also offers the video broadcast live for free online at ClemsonTigers.com on TigerCast.

Clemson defeated Radford in four straight seasons from 1988-1991, including once in double-overtime on the road during the 1989-90 season.

The Lady Tigers are holding opponents to 59.0 points per game, and have been one of the best in terms of taking care of the ball. Clemson is averaging just 16.0 turnovers per game, the second-fewest in the league.

Quinyotta Pettaway also returns after missing last game due to illness. She is averaging 7.5 points and 8.1 rebounds per game, which also ranks in the top-ten in the ACC.

Aisha Turner has also been quietly productive during her time at the point, with a 21:5 assist-to-turnover ratio. She had seven assists and one turnover in the most recent outing last Sunday.

After playing Radford, Clemson will travel to Myrtle Beach, where they’ll take on Providence as part of the CresCom Bank Holiday Invitational on Wednesday at 9:00 pm. After the midweek contest, Clemson will host Samford on Dec. 22 in their final non-conference game of the season.