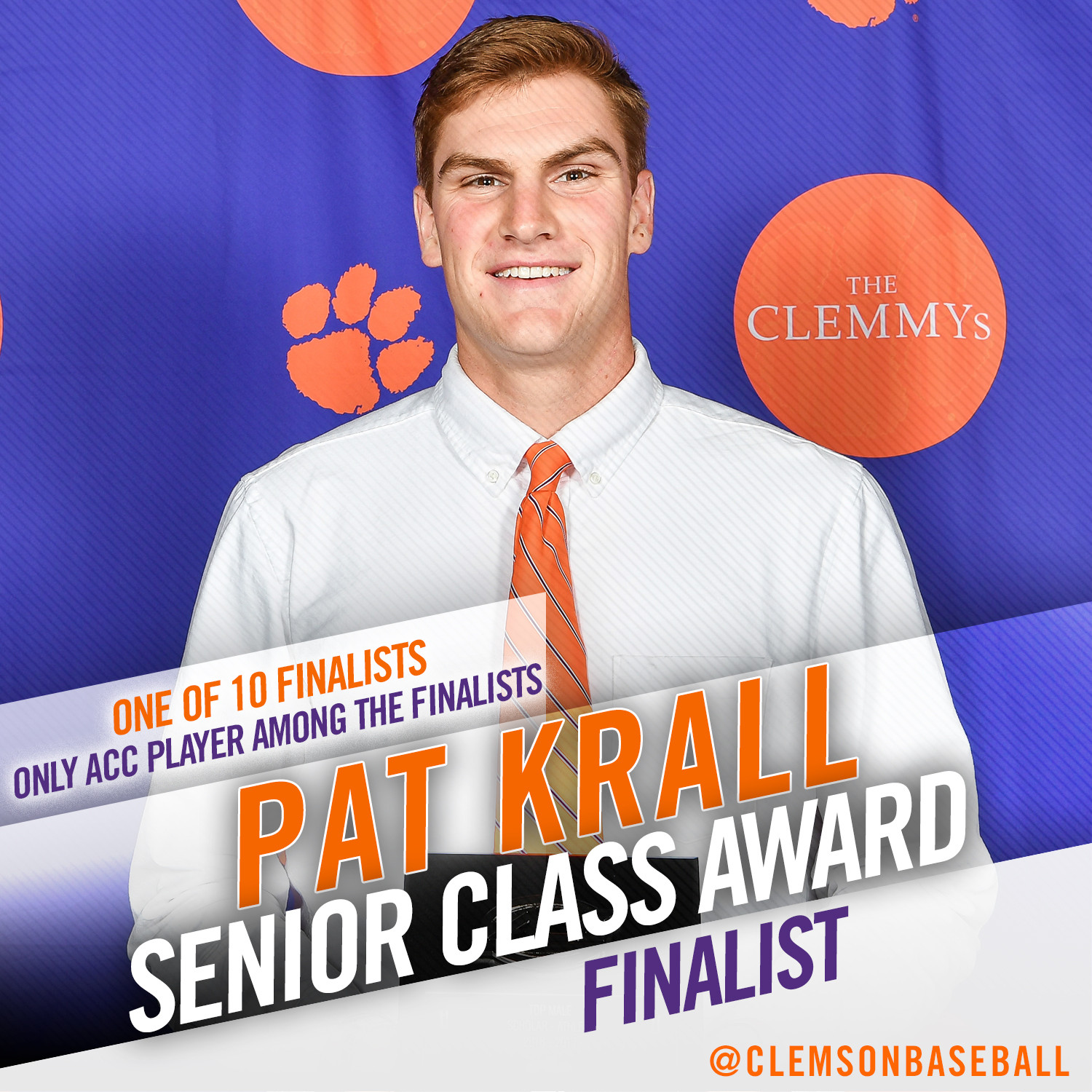 CLEMSON, S.C. – Senior lefthander Pat Krall (Downingtown, Pa.) was named one of 10 finalists for the 2017 Senior CLASS Award, announced Thursday. Krall is the only ACC player among the 10 finalists and one of only three finalists from Power Five Conference schools.

The award goes to a baseball student-athlete who excels both on and off the diamond. To be eligible for the award, a student-athlete must be classified as an NCAA Division I senior and have notable achievements in four areas of excellence: community, classroom, character and competition.

In his three-year career at Clemson after spending one season at Temple in 2014, Krall is 18-7 with eight saves, a 2.49 ERA and .233 opponents’ batting average in 177.0 innings pitched over 66 appearances. His 3.39 career strikeout-to-walk ratio is eighth in school history as well.

Krall, who has a 3.58 career GPA, is a two-time ACC Academic Honor Roll member and was an All-ACC Academic selection in 2016, when he was a first-team All-American on the field and became the first Tiger in history receive the ACC Scholar-Athlete-of-the-Year award. He also holds membership in the Sigma Alpha Lambda Honor Society and is regularly involved in community service projects in the Clemson area.

An acronym for Celebrating Loyalty and Achievement for Staying in School, the Senior CLASS Award focuses on the total student-athlete and encourages students to use their platform in athletics to make a positive impact as leaders in their communities.

Finalists were chosen by national media from the list of 30 candidates announced in March. Nationwide FAN VOTING is now available to help select the winner. Fans are encouraged to vote on the Senior CLASS Award website through June 7. Fan votes are combined with media and Division I head coaches’ votes to determine the winner.

This year’s Senior CLASS Award winner will be announced during the 2017 College World Series in June. For more information on all of the finalists, visit SeniorCLASSAward.com.