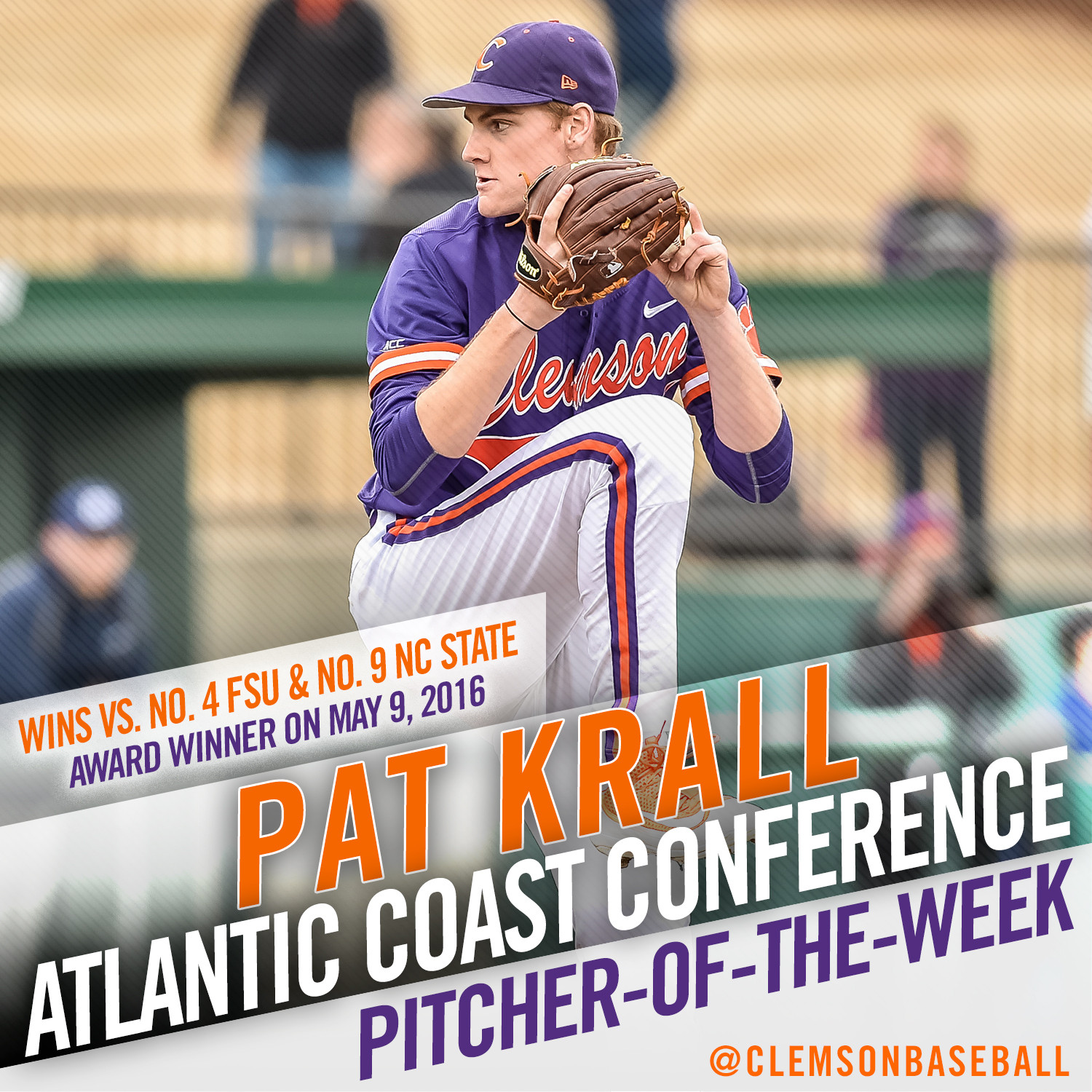 CLEMSON, S.C. – Junior lefthander Pat Krall (Downingtown, Pa.) was selected as ACC Pitcher-of-the-Week, announced Monday by the league office. ACC weekly honors are determined by a vote of a select media panel. It was the second award for Krall in 2016, as he was named ACC Co-Pitcher-of-the-Week on April 4. He was also named one of five national players-of-the-week by Collegiate Baseball.

On Monday, he tossed 7.0 innings in relief against No. 4 Florida State, allowing just three hits, no runs and one walk with eight strikeouts in Clemson’s 7-3 win. In his first career start on Sunday, he gave up just five hits, one run and three walks with five strikeouts in 9.0 innings pitched to earn the complete-game win in the Tigers’ 2-1 walkoff victory over No. 9 NC State. Both Florida State and NC State were batting over .300 entering the games. Krall became the first Tiger since 2000 to register wins over two different top-10 teams in one week.