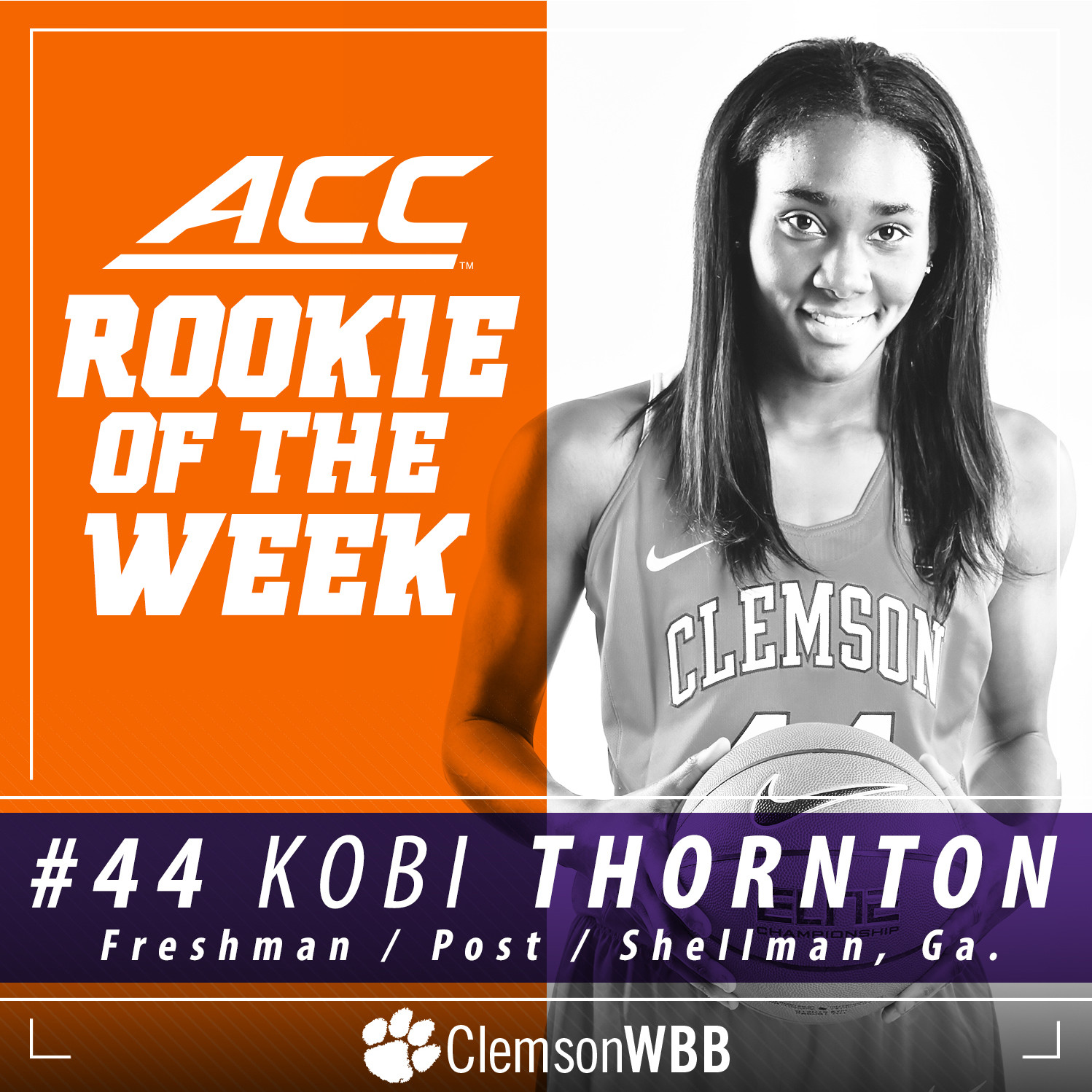 CLEMSON, S.C. – Freshman Kobi Thornton was named ACC Rookie of the Week by the Blue Ribbon Panel for the week of Nov. 14-20, 2016 after helping the Tigers to a 2-0 record last week and a 4-0 start to the 2016-17 season. Thornton averaged 12.0 points per game and 8.5 rebounds per game in wins over Georgia Southern and Monmouth last week.

The post from Shellman, Ga. recorded her first career double-double just three games in to her Clemson career, posting 16 points and 11 rebounds in the team’s win over Georgia Southern on Nov. 16. She was 7-for-11 from the field against the Eagles and also tallied three blocked shots in the contest. At Monmouth on Nov. 19, Thornton contributed a solid eight points and six rebounds, while shooting 4-for-6 from field goal range.

Thornton ranks in a tie for sixth among all Atlantic Coast Conference players in rebounding, with a 8.0 per game average, and is tied for third in the league with 4.0 offensive rebounds per game. Her six blocked shots (1.5 blocks per game) and seventh in the ACC and her .548 field goal percentage is tied for 13th. Thornton leads the Clemson team in rebounding and blocked shots, and is third on the team in scoring (10.3 ppg), one of three Tigers averaging in double figures.

Thornton is the first Clemson player to be named ACC Rookie of the Week since Danielle Edwards earned the accolade on Dec. 28, 2015.