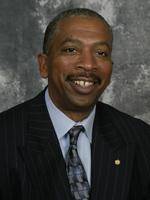 Kevin Nickelberry, most recently an assistant coach at UNC Charlotte for the last two seasons, has been named assistant men’s basketball coach at Clemson. Clemson Head Coach Oliver Purnell made the announcement on Tuesday. Nickelberry replaces Josh Postorino, who resigned to join Ron Jirsa’s staff at Marshall University. Jirsa and Postorino had been assistant coaches under Purnell at Dayton and Clemson.

“I am pleased to announce that Kevin Nickelberry has joined our staff,” said Purnell. ” Kevin has overachieved, especially in recruiting at all of his stops. He has experience as the top recruiter at Holy Cross and UNC Charlotte and has had great success. I have known him since he was a student in college and have followed his career ever since. He has made great advancements in the profession. I am pleased we were able to attract him to Clemson.”

Nickelberry has been listed among the top 20 assistant coaches in the nation by various media services within the last two years. He has been a big reason for the success of former Clemson assistant coach Bobby Lutz’s UNC Charlotte program in recent years. The team advanced to the NCAA Tournament in 2002.

Nickelberry helped the 49ers land consecutive top 20 recruiting classes in both 2002 and 2003. He signed three top 100 high school players, including the top ranked center in the nation in 2003. Both Basketball Times and The Hoop Scoop ranked Nickelberry as one of the top 20 assistant coaches in the country in 2003.

Prior to joining the 49ers Nickelberry worked two seasons as an assistant and associate head coach at Holy Cross College in Worcester, MA. While at Holy Cross, he helped the Crusaders to a 22-7, which included the best turnaround in school history, a NCAA Tournament appearance, the Patriot League regular season and tournament championship. Nickelberry also helped recruit and develop two conference Rookie of the Year players, two conference Player of the Year selections, three All-Rookie Team performers, four first-team All-conference recipients and two second-team all-conference players.

In one season at Monmouth University in New Jersey, Nickelberry helped recruit the Northeastern Conference Newcomer of the Year and its Player of the Year. He spent the previous three years as an assistant coach at Howard University, where he helped assemble teams that featured two MEAC Newcomer of the Year players and five players who earned all-rookie and/or all-league honors in their careers.

Nickelberry began his coaching career at NAIA Columbia Union College in Maryland where he served as both assistant men’s basketball coach and head women’s basketball coach. In his only season with the men’s program Columbia Union made its first ever appearance in the NAIA Tournament. In his three seasons as head coach of the women’s team, Nickelberry became the school’s winningest coach, posted the school’s highest single season win total.

Prior to beginning his coaching career, Nickelberry was involved in many successful entrepreneur ventures. He was the president of two public relation firms and founded an at risk youth non-profit organization in the Washington, DC area.

“The prime reason I am coming to Clemson is because of Oliver Purnell,” said Nickelberry. “I have known him for quite some time dating to when I was a student at Virginia Wesleyan and he was coaching at Old Dominion. He has been a person I have talked with about the coaching profession for a long time. I have a great deal of respect for him.”

Nickelberry is a graduate of Virginia Wesleyan College in Norforlk, VA. He earned a BS degree in communications in 1986.