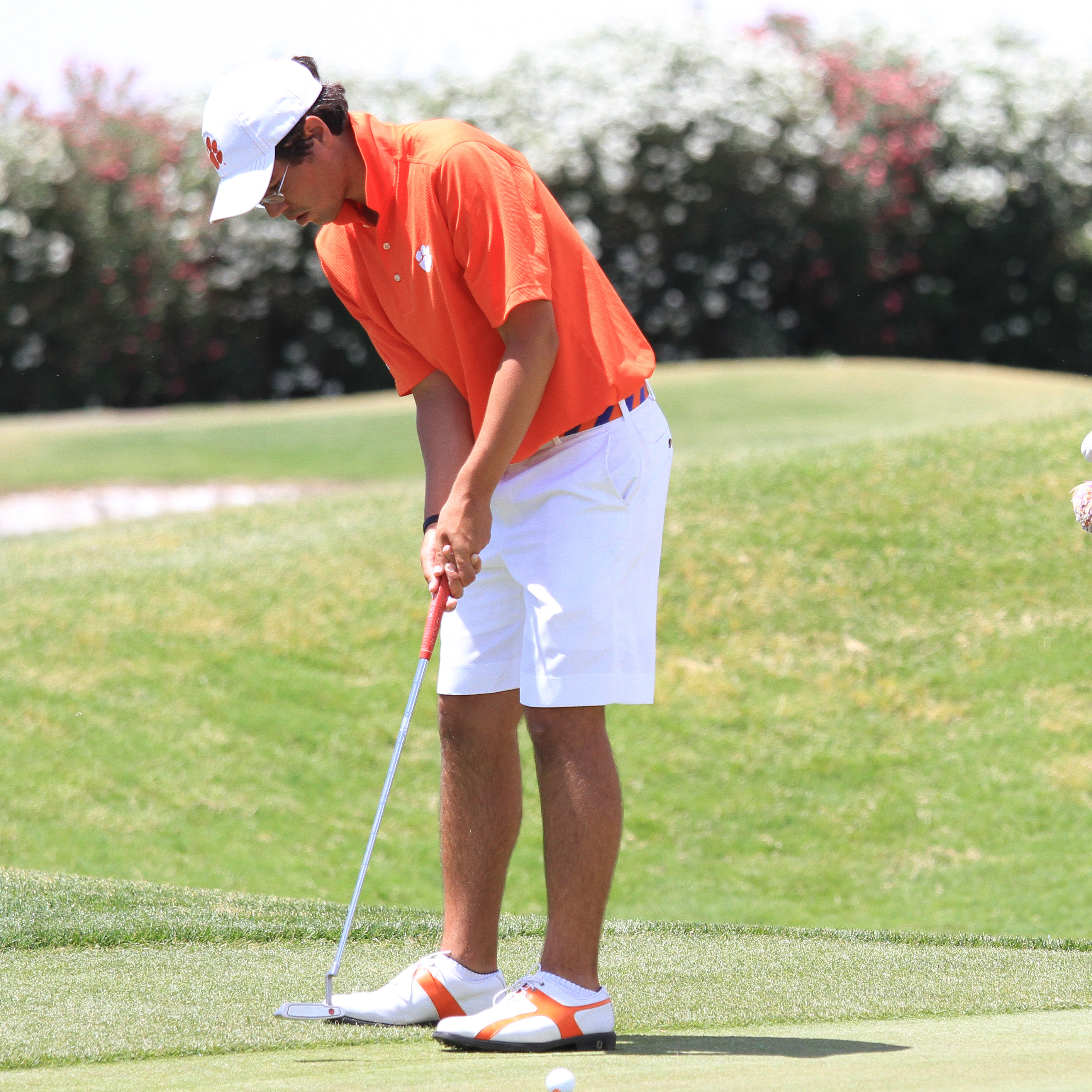 Clemson, S.C.—Billy Kennerly and Miller Capps have both been named to the Ping All-District team by the Golf Coaches Association.  Both golfers had stroke averages under 72.0, helping the Tigers to the NCAA National Tournament and a No. 30 final national ranking.

Kennerly, who graduated on May 8, finished his final year with a team best 71.53 stroke average.  He also led the team in top 10 finishes with seven, three of which came down the stretch of the season. The native of Alpharetta, Ga. was sixth at the Yale Spring Invitational, seventh at the ACC Tournament and ninth at the NCAA Regional.  He finished his Clemson career with 11 top 10s and 45 rounds of par or better out the 99 he played.

Capps just finished his junior year with a 71.93 stroke average, the best of his career.  The native of Denver, N.C. had four top 10 finishes this year, including a seventh place at the Puerto Rico Classic, his second straight top 10 at that event.  He was also ninth at the ACC Tournament with a 211 score.   Capps had a team best 19 under-par rounds and was second on the team in birdies with 134.