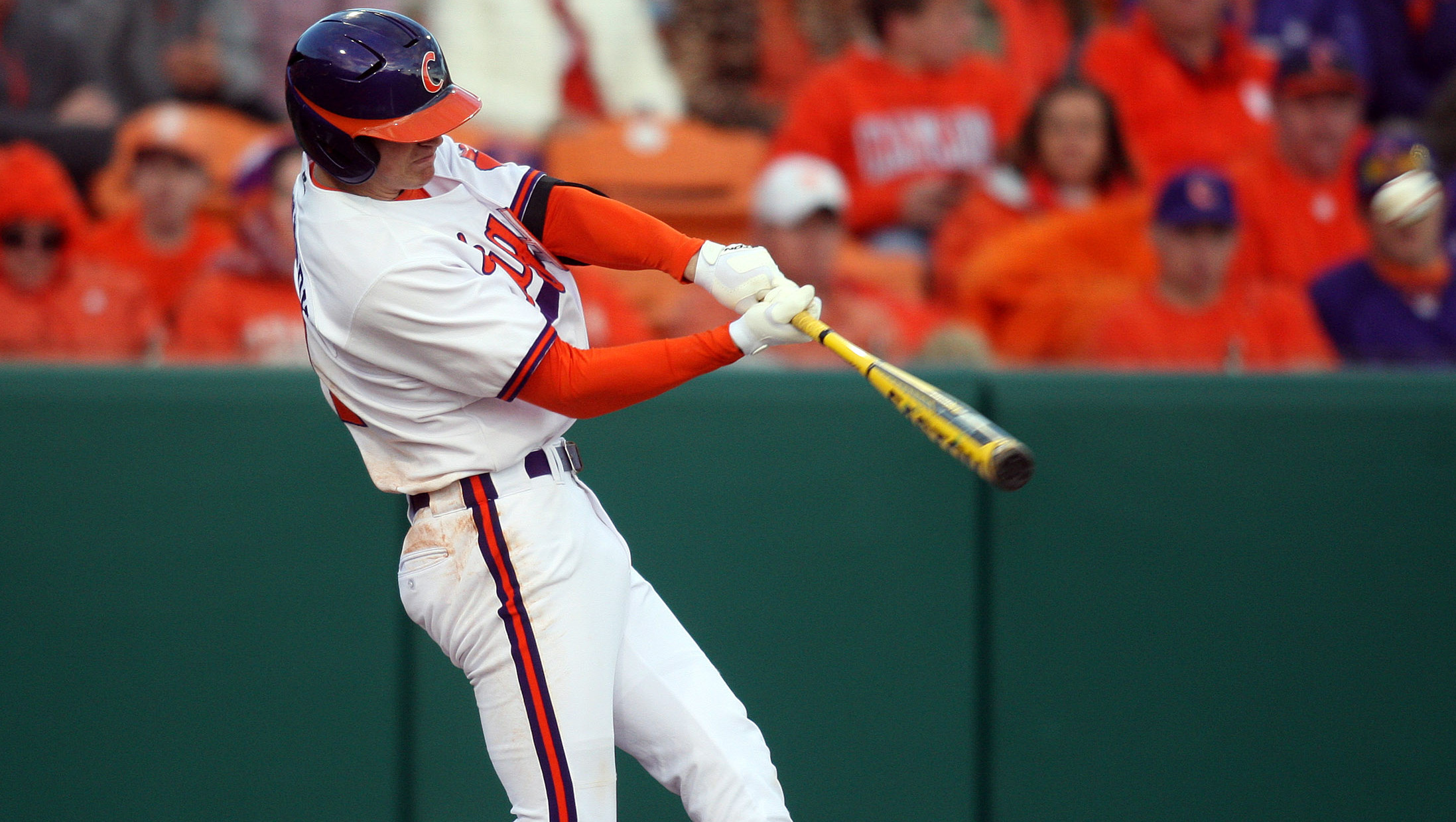 Shane Kennedy‘s two-out, two-run homer in the eighth inning scored the game’s only runs to lift Clemson to a 2-0 win over William & Mary in front of 5,947 fans at Doug Kingsmore Stadium on Friday afternoon.  The Tigers, who took a 1-0 lead in the series, improved to 1-0 on the season.  The Tribe fell to 0-1.  The game lasted just one hour and 56 minutes, the shortest Tiger game since a 114-minute game against UNC Asheville in the Clemson Regional on June 2, 2006.

Both starting pitchers, Clemson’s Daniel Gossett and William & Mary’s Brett Koehler, had strong performances in both team’s season-opener.  Neither team could break through with a clutch hit, as the two teams combined to go 0-for-14 with runners in scoring position, until Kennedy’s blast in the eighth inning provided the only runs.

Clay Bates (1-0), the third of four Tiger pitchers, earned his first career win by tossing 1.1 scoreless innings.  Matt Campbell retired both batters he faced with runners on second and third to record his first save of the season.  Gossett did not factor in the decision, as he allowed just four hits, no runs, and one walk with six strikeouts in 6.2 innings pitched.  He also threw 60 strikes among his 76 pitches.

Koehler (0-1) pitched 8.0 strong innings in a complete-game performance, but suffered the loss.  He gave up seven hits, two runs, and no walks with three strikeouts in throwing 93 pitches (65 strikes).

After neither team could scratch in the first seven innings, Clemson finally dented the scoreboard in the eighth inning thanks to the long ball.  Steve Wilkerson reached on a two-out bunt single, then Kennedy blasted the first pitch of his at-bat over the fence in left field for a two-run homer to give Clemson a 2-0 lead.  It was the junior-college transfer’s first hit as a Tiger.

In the ninth inning, Ryan Lindemuth led off with a single down the right-field line, then Michael Katz reached on a seeing-eye single to second base.  William Shaw moved the runners up a base on a sacrifice bunt, then the Tigers called on Campbell to the mound.  Ryan Williams struck out for out #2, then Charley Gould flied out to right field to end the game.

Freshman Steven Duggar went 3-for-3 with a double in his first game as a Tiger, while Katz went 3-for-4 to pace the Tribe.

Clemson and William & Mary will play game-two of the three-game series at Doug Kingsmore Stadium on Saturday at 2:00 PM.