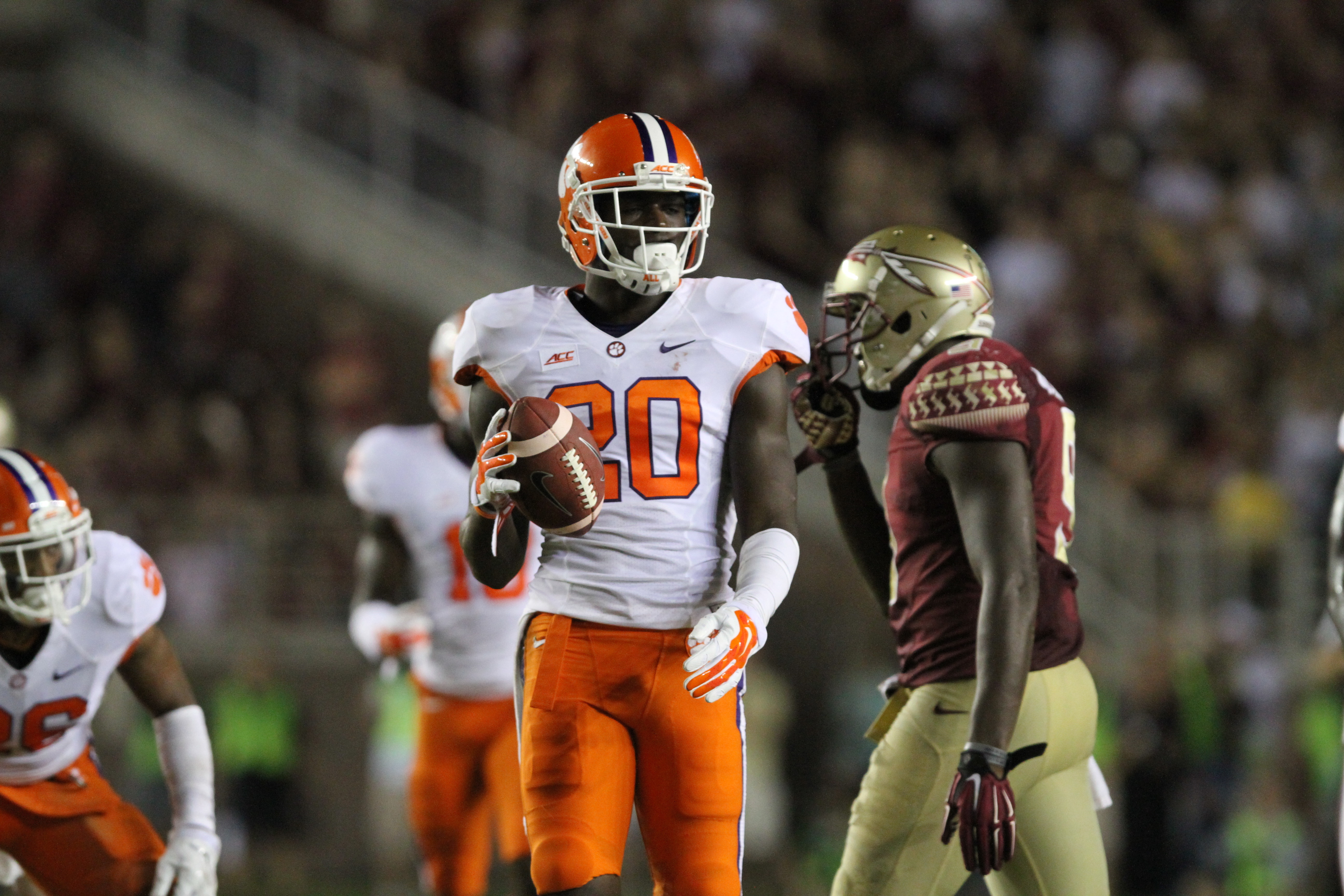 There’s a lot of talk about the talent Clemson’s defense is losing (Vic Beasley, Grady Jarrett, Stephone Anthony, Tavaris Barnes), but less about what it’s got coming back, particularly in the secondary. But safety Jayron Kearse, like the rest of his teammates, are out to maintain the standard set by Clemson’s No. 1 ranked defense in 2014.

Per ESPN ACC reporter Andrea Adelson, Kearse has his sights set on the Thorpe Award, an honor annually given to the nation’s best defensive back. One of the Tigers’ key returners in the secondary, Kearse has put together a solid spring and feels he is ready to take the next step and shoulder the expectations set by the coaches and himself:

“I feel like I’ve been pretty productive this spring, with just trying to learn everything,” Kearse said. “I think I’ve done pretty good playing all over the field, doing whatever I have to do help. They’re putting a whole bunch on my shoulders, so I feel I have the opportunity to make way more pays than I did last season. They’re putting their trust in me to go out there and be a good player on the field.”

Since his freshman year, Kearse began to make an immediate impact anytime he’s on the field and has improved with every defensive snap he’s taken. Kearse started 12 games in 2014 and finished the year with 67 tackles, five tackles for loss, three sacks, two interceptions and seven pass breakups. A Fort Meyers, Florida native, Kearse attended the same high school as Sammy Watkins and will be counted on as one of the Tigers’ lead voices in the secondary heading into 2015.