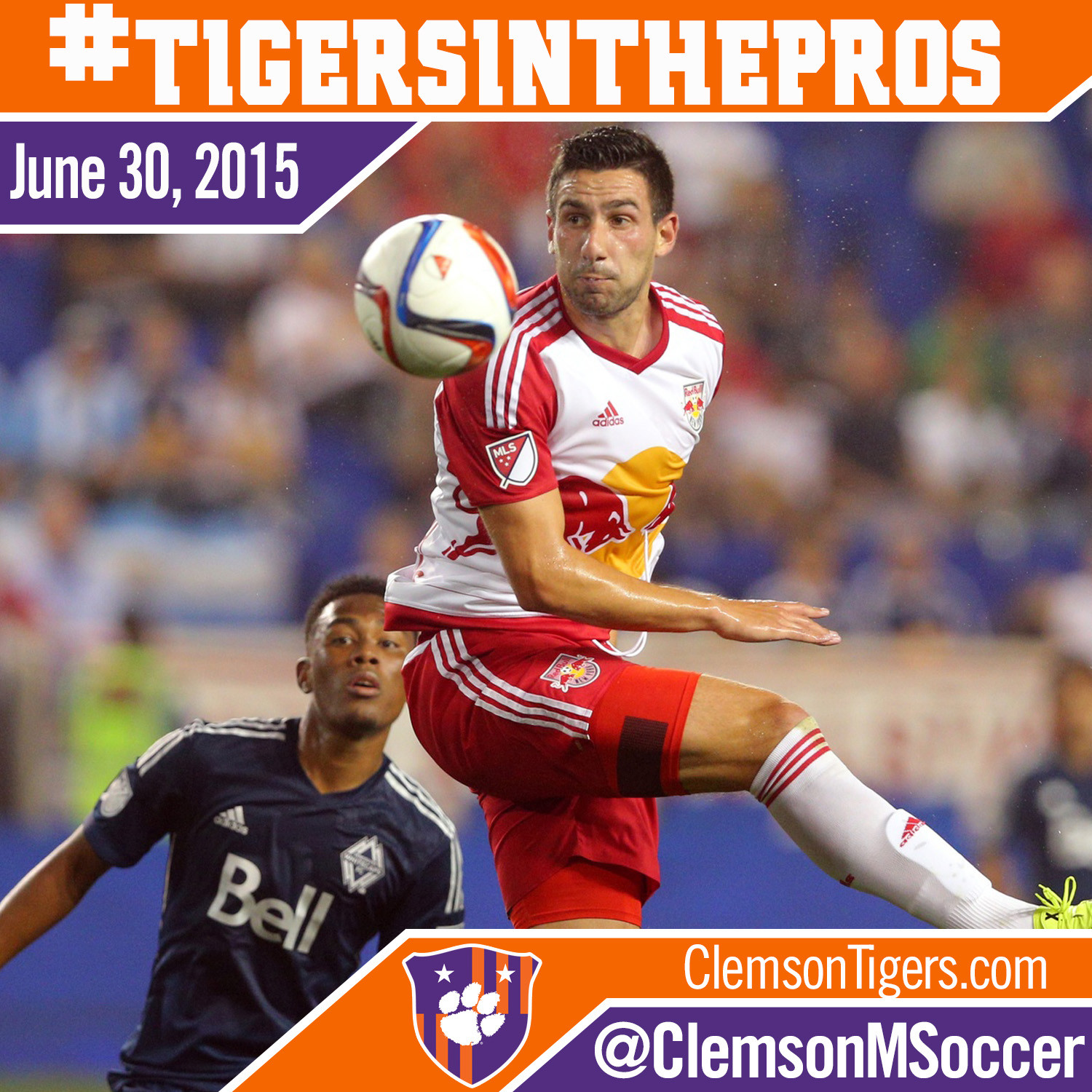 Phanuel Kavita made his Major League Soccer debut over the weekend for Real Salt Lake, the former Clemson captain started along the back line in a 2-2 draw with Columbus Crew FC. He played a full 90 minutes in the contest and took one shot.

Kavita was named “Man of the Match” for his efforts in his debut.

Tommy McNamara scored the fastest goal in New York City FC history on Sunday at Yankee Stadium against the New York Red Bulls in the New York Derby rivalry. NYRB scored three goals in the second half to take a 3-1 win.

McNamara has started the last four matches for NYCFC, scoring two goals and assisting on another. With his strong play of late, he has earned the attention of NYCFC coaches, staff and national media members. For a quick read on him, check this out.

Tommy McNamara’s early goal is the difference so far as NYCFC leads New York Red Bulls at half, 1-0. http://t.co/h6FlfqXAxa

Manolo Sanchez saw action in the second consecutive match for the New York Red Bulls against NYCFC, playing minutes in the second half after subbing on. He came off the bench and fired two shots in six minutes of play. He knocked his first touch and shot off the post

Amadou Dia saw action again for Sporting KC, subbing in during the second half. Dia has played in 12 matches this season, tied for third most on the team.

The Charlotte Independence of the USL, the home of Jack Metcalf and Hunter Gilstrap this season, face the Chicago Fire of MLS tonight in a U.S. Open Cup match. The Independence are on a three match unbeaten streak in the USL.