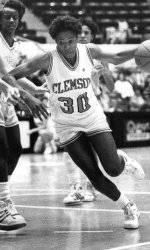 In each of her final two seasons, Clemson reached the NCAA Tournament, including a trip to the Sweet 16 in 1988-89. Both of those teams finished the season ranked among the top-20 teams in the nation.