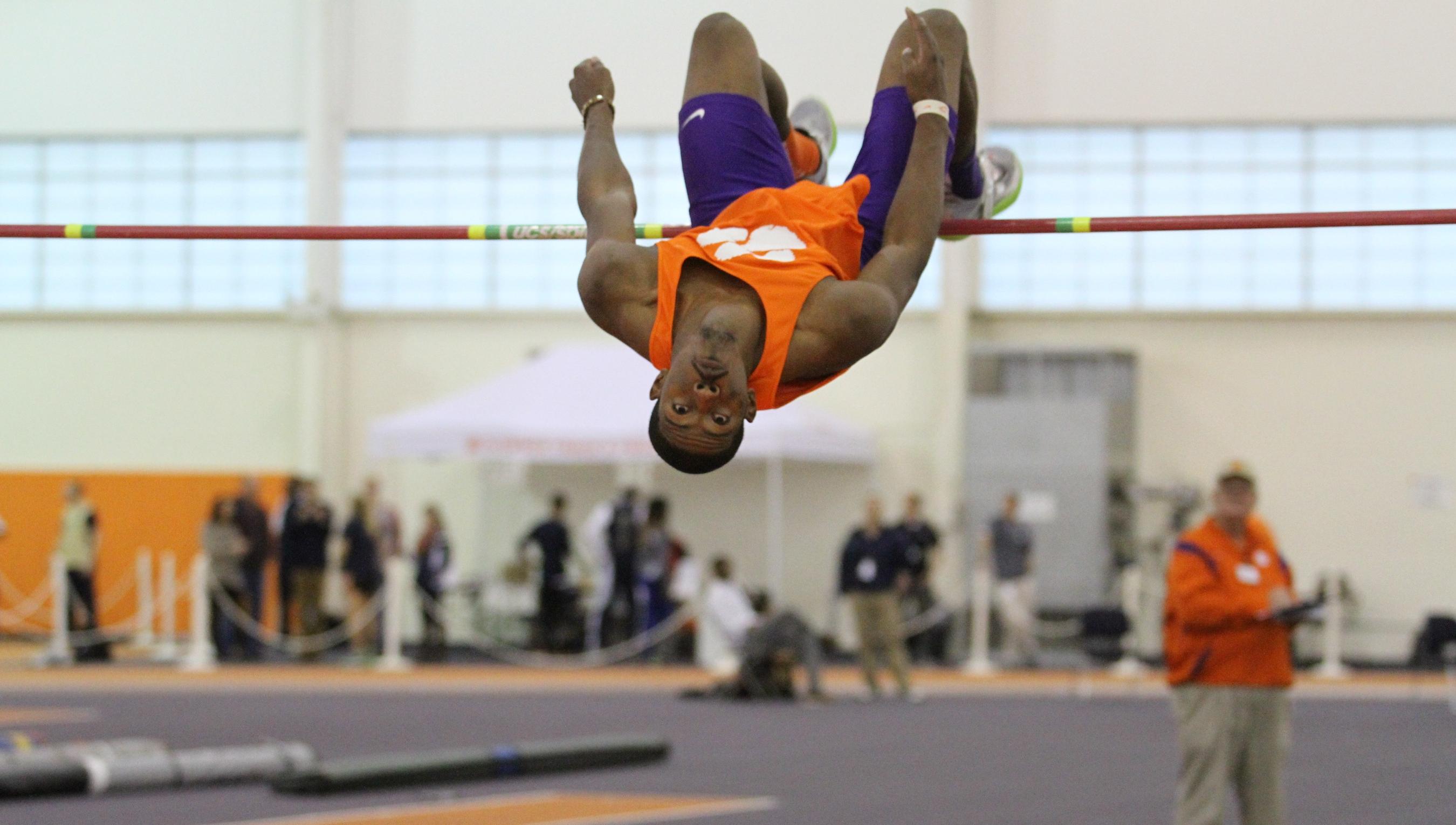 Ware, Clemson’s indoor record-holder, posted a season-best in the high jump with a leap of 7’1.75″ on his second attempt. He hung on for the win, Clemson’s best individual finish Saturday. Land was impressive in the horizontal jumps, taking third in the long (19’8″) and triple (41’4.25″). It was her personal indoor best in the triple jump and the No. 9 mark in school history. Whitney Fountain was one spot behind in the long jump with a season-best 19’4.75″.

Natalie Anthony produced a pair of top-five efforts in the distance events. She had a personal best in the mile (4:55) and took fourth place, improving her 10th-place standing in school history for the event. She then took the runner-up spot in the 3000 meters, with a season-best 9:46.18.

Also in the distance events, Clemson received personal bests from Brianna Blanton (2:09.79) and Lindsey Bellaran (2:10.53) in the 800 meters. The men’s mile was a productive event, with Josh Davis taking fourth place in 4:13.26 – the top time by any Tiger runner this season in the mile.

Lauren Terstappen took third in the women’s pole vault. She cleared the bar at 13’2.25″ on her third and final attempt. Other top-five individual finishes were posted by Reggie Lewis in the men’s 60 and Justin Johnson in the men’s 60 hurdles. In addition, the women’s 4×400 relay ran a season-best 3:40.09.

The Tigers return home to prepare for the ACC Indoor Championships, held Feb. 27 through Mar. 1 at Clemson’s indoor track complex.