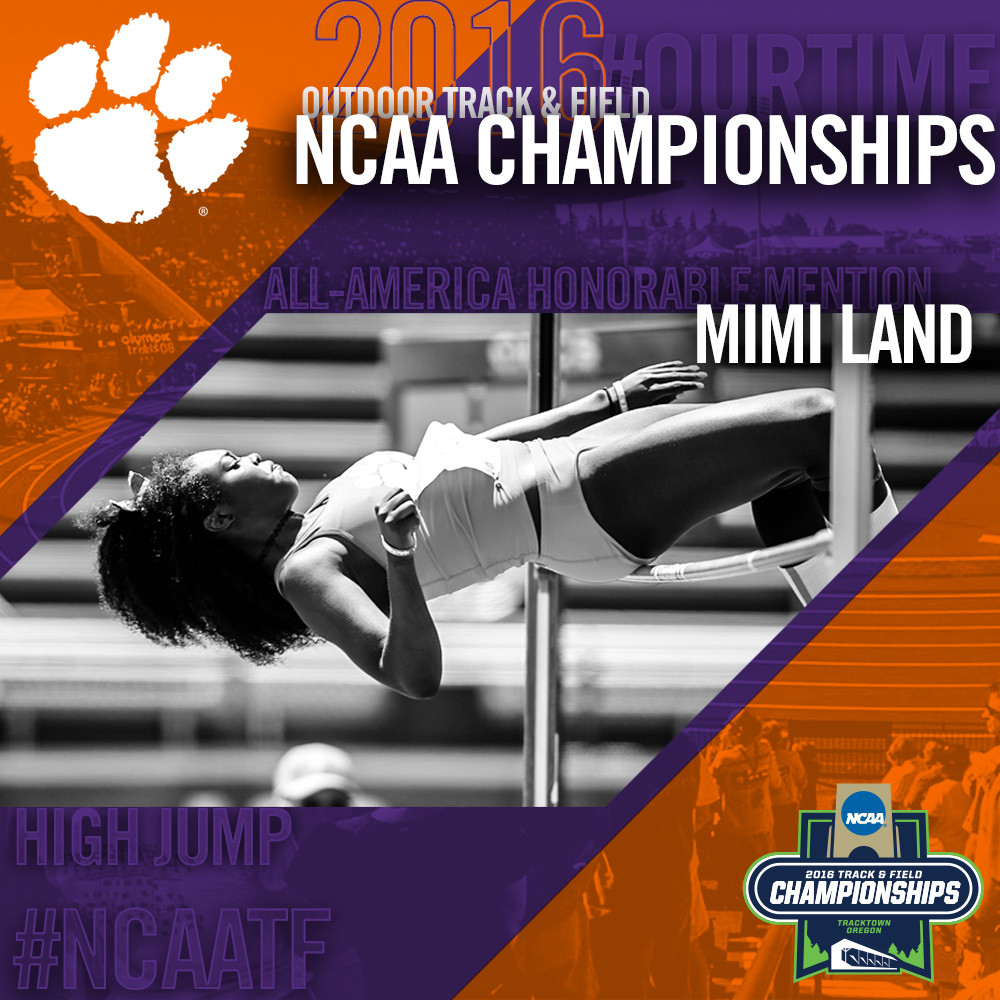 Jumpers Bring Track Season To An End At NCAA Championships

EUGENE, Ore. – The 2016 outdoor track and field season has officially come to an end with Clemson’s final two events at the NCAA Championships. Mimi Land competed in her final collegiate event while Anasterasia Terrell completed her junior season.

Land was the first Tiger to compete on the final day of the NCAA meet as she returned for her second event of the championship. After taking 14th place in the long jump earlier this week and earning Second Team All-America honors, Land came back for the high jump today and finished as an All-America Honorable Mention. The senior out of Albany, Georgia cleared her first attempt at the opening height of 5-8 but was unable to clear the next height at 5-10. The effort placed her 17th overall in the field of 24.

Macon, Georgia native, Terrell followed Land in the triple jump and also finished as an All-America Honorable Mention. Terrell’s final jump was her best as she recorded a distance of 41-0.50, but it was shy of qualifying her for the finals, placing her 21st overall. This was the second NCAA Championship appearance of her career as she also qualified in the triple jump during indoor competition.