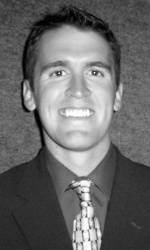 “Josh brings a vast knowledge and experience in track & field to Clemson,” Pollock said. “He will add to the continuation of our success in the field events. We are excited to have him in the program. We will continue to develop solid field event athletes, just as we have in the past. He did a great job while at Gardner-Webb.”

Langley certainly is no stranger to the Tiger track & field program. He interned with the team in the spring of 2003 and has worked the past five summer camps for Clemson. During the camps, his duties consisted of instructing athletes on proper throwing techniques, monitoring students, and speaking on the importance of academics.

Langley helped Gardner-Webb to the Atlantic Sun men’s team title during the 2006 outdoor season. He coached the Bulldogs to seven championships in the field events, including two multiple champions. Jake Didion won the long jump and triple jump under Langley’s guidance. He also coached Didion to a regional-qualifying effort in the long jump in 2006. Didion was the Atlantic Sun’s 2005 Freshman of the Year.

During the 2006 indoor season, Langley coached Knippen to conference crowns in both the shot put and weight throw. He also coached Longshore to the indoor pole vault title. During his time at Gardner-Webb, he also coached a two-time NCAA provisional qualifier in the women’s heptathlon (Tara Stephenson, 2004-05). In total, he coached 49 All-Conference selections, 22 Academic All-Conference selections, and five regional qualifiers at Gardner-Webb (men’s and women’s programs combined).

Langley also spent time as a graduate assistant at his alma mater, Western Carolina. There, he developed and implemented all aspects of training for throwers. As a student-athlete, he was a member of the Catamounts’ 1999 Southern Conference indoor and outdoor championship teams. He was a two-time Academic All-Southern Conference honoree and ranks in the top five all-time on the school’s javelin performance list.

Langley earned his undergraduate degree in Sport Management from Western Carolina in 2003 and then earned a master’s degree in Sport Science and Pedagogy from Gardner-Webb in December, 2005.