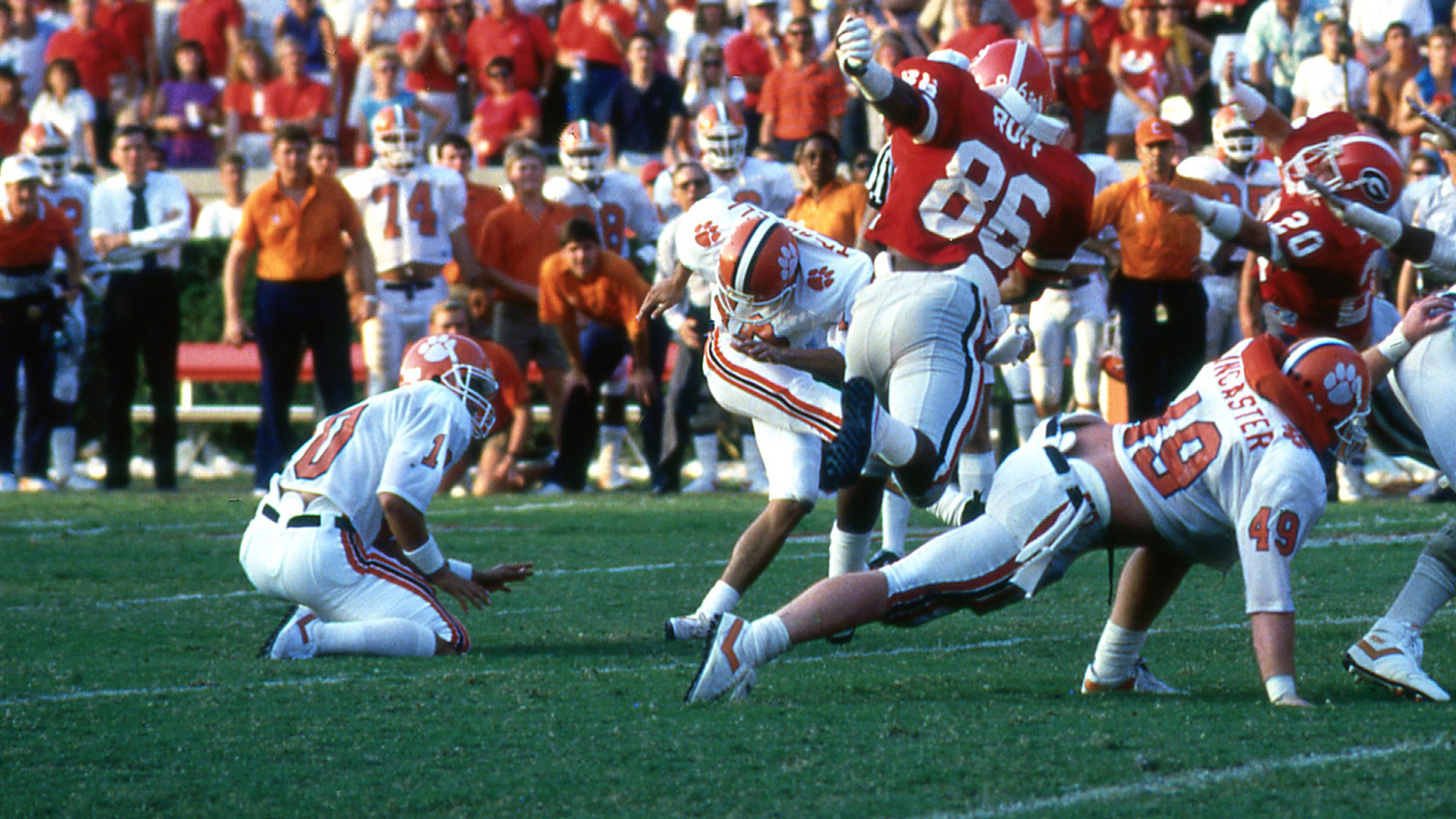 Jordan and Treadwell to be Honorary Clemson Captains for Georgia Game

CLEMSON, SC – Homer Jordan and David Treadwell will serve as honorary Clemson captains for the Clemson vs. Georgia football game on August 31 at Memorial Stadium. Bill D’Andrea, Executive Director of the Tiger Lettermen’s Association made the announcement on Friday.

Jordan, a native of Athens, GA, quarterbacked Clemson to the 1981 National Championship. Along the way, he led the Tigers to a 13-3 win over a fourth-ranked and defending National Champion Georgia team. Treadwell kicked two game winning field goals against Georgia, a 46-yarder at Georgia in 1986 on the last play of the game, and a 21-yarder with two seconds left the following season at Clemson.

“For the first time the Tiger Lettermen’s Association is going to introduce two former Clemson players at each game and they will serve as honorary captains, “said D’Andrea. “We feel this will be very popular within our organization, a way to honor some of the greats in Clemson history, bring awareness to the organization and increase participation from our membership. And, obviously it will be a very popular program with our fans.”

D’Andrea said he was pleased with the increase in membership in the Tiger Lettermen’s Association this year, as the organization has nearly doubled in size to nearly 1000 members.

“We have made an extra effort in terms of a membership drive over the past year and the response has been outstanding. I want to thank Charlie Bussey for the groundwork he laid in this effort. We want to engage our former student-athletes as much as possible.”