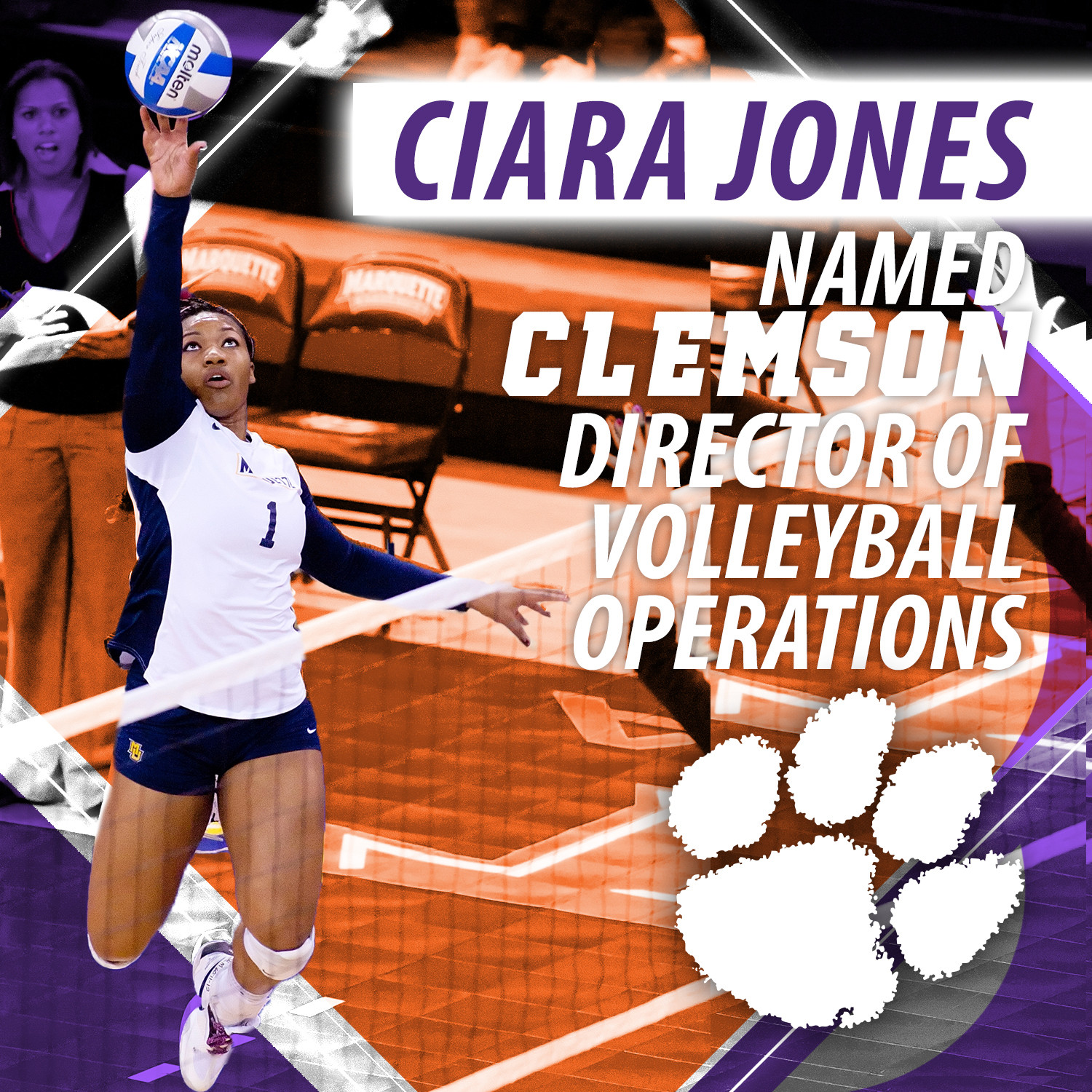 CLEMSON, S.C. – Ciara Jones, who played for Marquette from 2008-12 during Head Coach Michaela Franklin’s time as an assistant coach with the Golden Eagles, has joined the Clemson staff as Director of Volleyball Operations. Franklin made the announcement on Tuesday afternoon.

“We are thrilled to have Ciara join our staff and the Clemson family,” said Franklin. “Ciara had an outstanding playing career and most recently, she has gained experience in event coordination, which will be helpful in her role as our director of volleyball operations.

“Having coached Ciara, I am expecting her transition to Clemson to be rather smooth. She already knows what my expectations are of her, of the program, and most importantly of our players. She will naturally be able to relate to them, mentor them and be an excellent role model for our young ladies.”

Jones comes to Clemson after spending the past year as the head coach and recruiting coordinator for Top Select Volleyball Club in Orlando, Fla. Just this past weekend, she was named Head Coach of the Year for Top Select. Jones also served as the head volleyball coach at Edgewater High School in Orlando for the past three seasons, beginning in 2014. Her high school team won district championships all three seasons, and Jones was voted Metro Coach of the Year in 2016.

From 2014-16, Jones worked for the Orlando Health Foundation as an event coordinator, gaining valuable experience in event management and coordination as well as donor relations. She also spent two years, from 2012-14, as a Blue & Gold Fund Assistant for the Marquette Athletic Department, where she gained additional experience planning events and working with donors.

Jones was a four-year letterwinner for Marquette volleyball from 2008-12, during which time she helped lead the Golden Eagles to the program’s first NCAA Tournament appearance in 2011, a season in which she was named a Big East First Team All-American. Jones earned Marquette Athletics’ Outstanding Female Leadership & Service Award in 2012 and served on the Student-Athlete Advisory Committee in 2011-12.

Jones earned a bachelor’s degree in Broadcast & Electronic Communications from Marquette in May of 2012, and earned a master’s in Leadership Studies with a specialization in Sports Leadership, also from Marquette, in December of 2014.