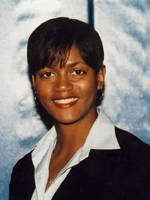 Joi Williams, one of the top assistant coaches in the nation, has been named the next head women’s basketball coach at Murray State University, the university announced today.

Williams, 36, comes to MSU after spending one season as an assistant coach/recruiting coordinator at Clemson University. She becomes the seventh head coach in MSU women’s basketball history, replacing Eddie Fields who resigned on March 6 after leading the Lady Racers for 10 seasons.

“We are indeed fortunate to acquire the assistance of one of the top college coaching prospects in the United States,” said MSU president Dr. F. King Alexander. “It is rare that MSU gets an opportunity to hire someone that has come from one of the nation’s best programs in the last two decades. I believe Joi’s personality, coaching skills and experience as one of the nation’s best recruiters are invaluable to our university as we build our women’s basketball program.”

Prior to serving one season as an assistant coach/recruiting coordinator at Clemson, Williams spent 12 seasons at the University of Florida under head coach Carol Ross. From 1990-2002, Williams helped the Gators to advance to post-season play in 10-straight seasons and helped notch seven 20-win seasons. In 1997, Florida advanced to the Elite Eight of the NCAA Women’s Tournament, and in 1998, the Gators made a run to the Sweet 16.

“Joi Williams is one of the top recruiters in the southeast and Murray State is very fortunate to have her guiding its women’s basketball program,” said Florida athletic director Jeremy Foley.

Williams has earned acclaim as one of the top recruiters in the nation and was named one of the Top Young Recruiters by Lindy’s Basketball Annual in the publication’s 1994-95 preseason guide. While at Florida, Williams was credited with signing five All-Americans for the Gators. Six former Williams signees are currently playing in the WNBA, including DeLisha Milton of the world champion Los Angeles Sparks. While at Florida, Milton was the 1997 SEC Player of the Year, the 1997 Wade Trophy winner, Florida’s first-ever Kodak first-team All-American and a member of the 2000 gold medal winning USA Olympic Team.

Following the resignation of head coach Carol Ross at Florida, Williams moved on to head coach Jim Davis’ staff at Clemson for the 2002-03 season.

A native of Jacksonville, Fla., Williams played prep basketball at Bishop Kenny High School before continuing her career at the University of South Florida in Tampa. She was a four-year starter at South Florida from 1984-88 and is seventh on the career assist list and held the record for most blocked shots in a game upon her graduation. Williams graduated from South Florida in 1988 with a degree in marketing.

“We are excited to have someone with Joi’s credentials lead our women’s basketball program,” said MSU director of athletics E.W. Dennison. “She has established herself as one of the top assistant coaches in the country and we feel her future as a head coach is just as bright.”

Dennison said press conference and reception to formally introduce Williams to the MSU community will be held in the near future.