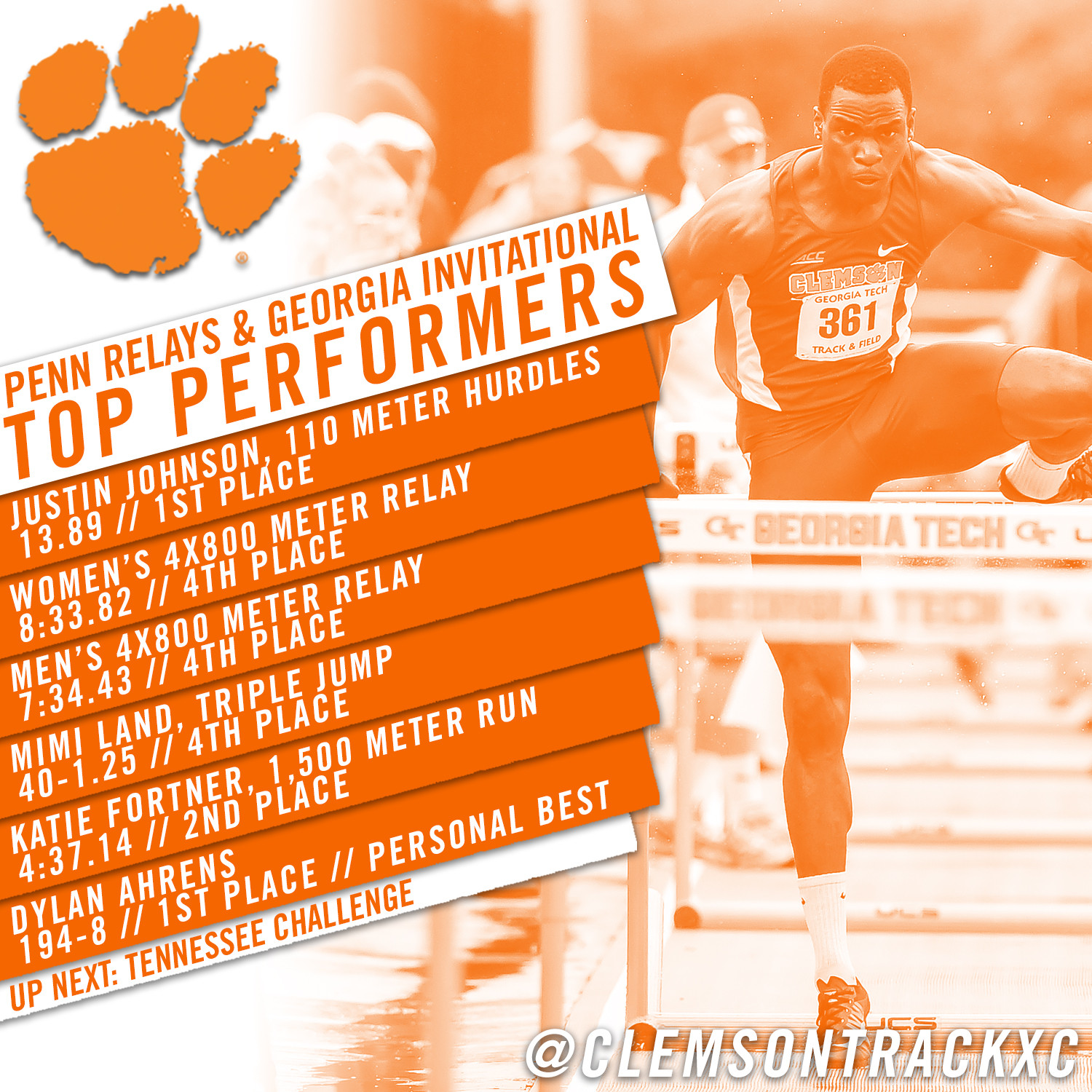 CLEMSON, S.C. – The Tigers competed in Philadelphia, Pennsylvania and in Athens, Georgia on Saturday and it was Justin Johnson who set himself apart from the rest at the Penn Relays. Mimi Land turned in Clemson’s best performance at the Georgia Invitational.

After taking fifth in the prelims yesterday, Johnson won the 110 meter hurdles in the Penn Relays finale with a time of 13.89.

On the women’s side, Clemson fans will be most excited with Tanisha Coppin’s split in the 4×800 meter relay. In the open 800 meter run, Coppin’s personal best is 2:07.74. On Saturday, Coppin ran 2:05 as the third leg of the relay to fuel the women to a fourth place finish. She ran with Imani McGowan, Ersula Farrow and Brianna Blanton and together, they clocked in at 8:33.82.

In Georgia, Land busted a season best 40-1.25 in the triple jump to take fourth place. The best finish for the women came from Katie Fortner as she placed second in the 1500 meter run with a time of 4:37.14.

Dylan Ahrens led the men’s field efforts with his personal best, first place toss of 194-8 in the javelin throw. Tevin Quick and Harrison Hix each placed well in their respective events as Quick took third in the high jump and Hix took third in the pole vault.