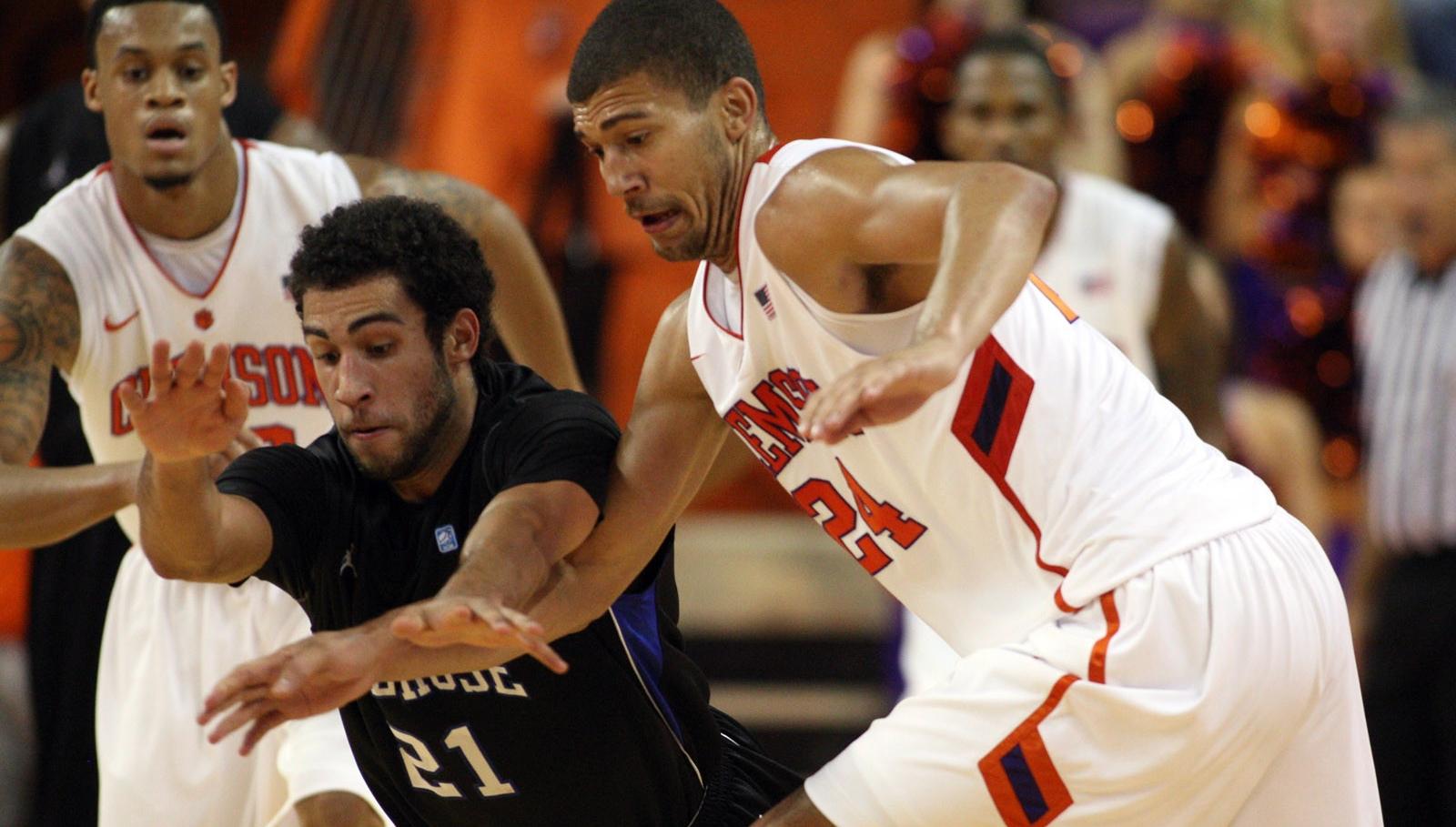 CLEMSON, SC – Clemson senior Milton Jennings has been suspended for the second straight game, as he will not play Sunday when the Tigers take on South Carolina in Columbia. Jennings was suspended for Wednesday’s game against Purdue after an arrest the previous night.”Milton is still very much a part of our program, but he will be suspended until next week,” Head Coach Brad Brownell said. “He will not play against South Carolina, but he will play against Arizona. Milt is a good kid who has made a lot of progress in the two and a half years I’ve been the coach at Clemson. Obviously, he’s made some mistakes and we’ve disciplined him accordingly for those.”He is certainly not a distraction to our coaching staff and his teammates. We are not ready to give up on Milt. He is upset and disappointed with his most recent actions. He has improved greatly as a teammate over the past few years. He made a selfish mistake, and he will be punished for that, not only through basketball, but also through the university.”He is close to graduating, and we’re really proud with the improvement he has made with his academics since I’ve been here. Our staff has spent a lot of time and effort with him, and we want to see him graduate and are optimistic that he will finish his career in a positive manner.”Jennings is the team’s second-leading scorer (10.8 points per game) and second-leading rebounder (5.6 per game) this season. He had a season-high 18 points in the win over UTEP in the second round of the Old Spice Classic last week in Orlando, FL. Jennings has played in 99 career games for Clemson.”This was obviously the biggest mistake of my life,” Jennings said. “I want to apologize to my family, my coaches and teammates and to Clemson University. I didn’t want to let anyone down, but in the end, I hurt so many people. Not many people get a second chance, but it shows that Coach Brownell believes the utmost in me. I’m going to come out and play as hard as I can and finish my senior season out on a good note.”