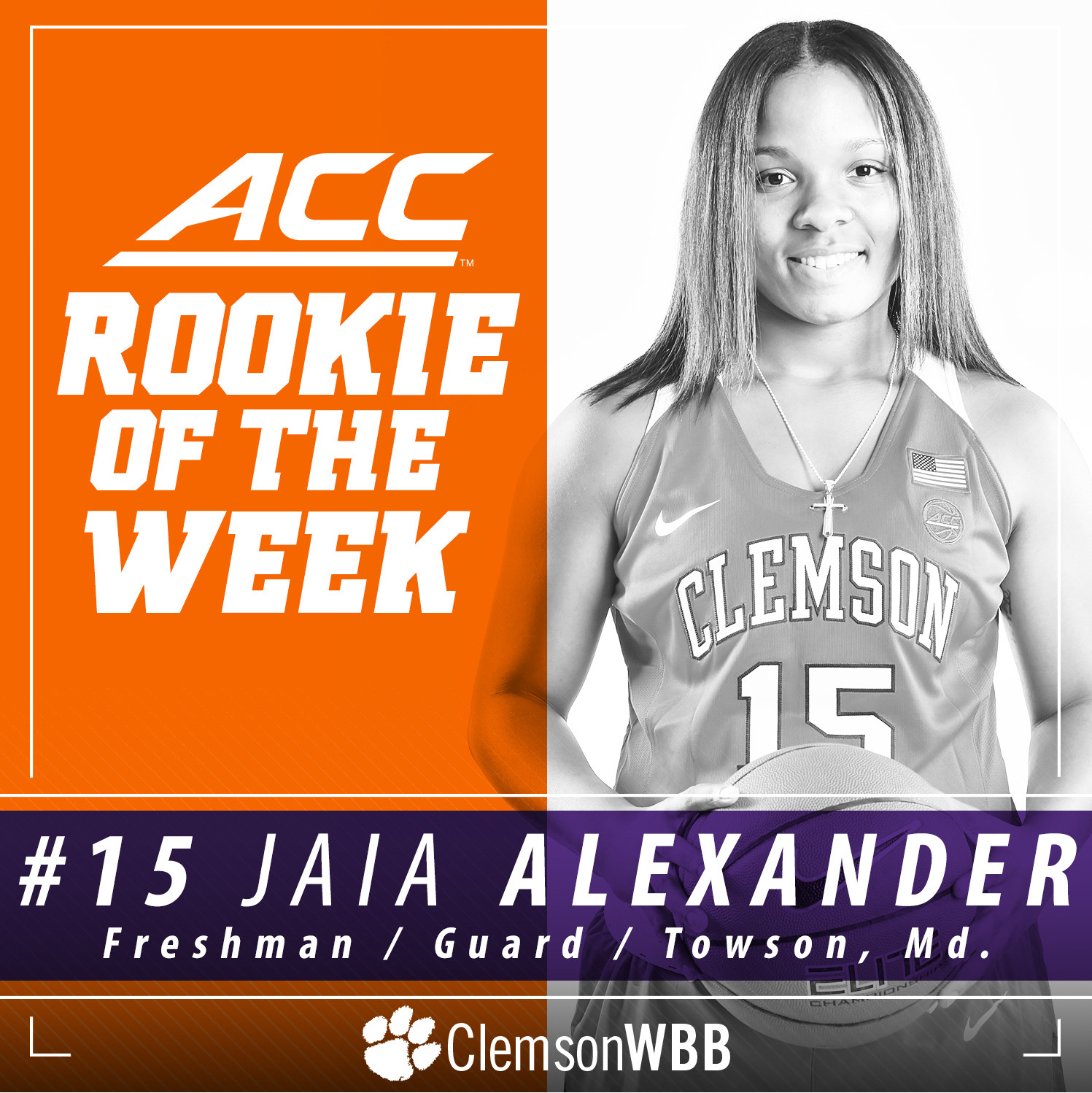 CLEMSON, S.C. – Freshman Jaia Alexander was named ACC Rookie of the Week by the Blue Ribbon Panel for the week of Jan. 16-22, 2017 after averaging 12.0 points per game in two contests last week, which included a 13-point performance at No. 21/21 NC State, where she earned her first career start. Alexander is the second Clemson player to be named ACC Rookie of the Week this season, as her classmate Kobi Thornton earned the accolade on Nov. 21, 2016.

Alexander scored 11 points to lead the Tigers against Virginia on Thursday, Jan. 19 and followed that with a 13-point performance on the road at No. 21/21 NC State on Sunday, Jan. 22. Against the Cavaliers, the native of Towson, Md. also tallied four rebounds and three assists. On Sunday in Raleigh, Alexander earned her first career start and added three rebounds and two assists.

The rookie guard is fifth on the Clemson team in scoring, averaging 7.2 points per game. She has played in all 20 contests this season, and is also averaging 3.8 rebounds per game and 1.2 assists per game.