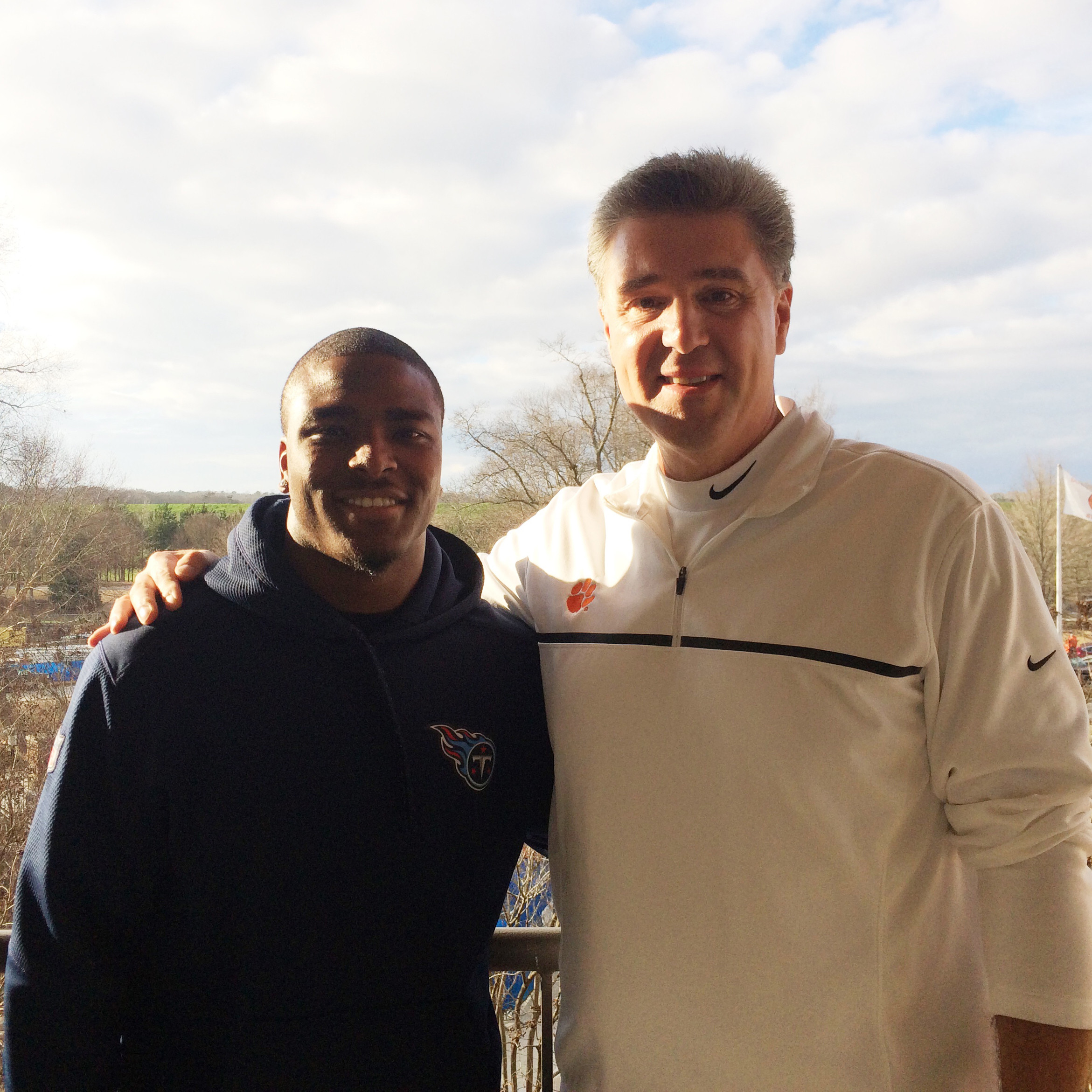 Former Tiger and current NFL receiver Jacoby Ford spent Saturday afternoon at Doug Kingsmore Stadium in Clemson — and he has social media to thank for getting him there.

During the first game of a Clemson vs. Notre Dame doubleheader, Ford — who plays for the Tennessee Titans but was in Clemson for the weekend — tweeted this:

The folks who run @ClemsonBaseball (Athletic Communications staffers Brian Hennessy & Joey Johns) jumped in and suggested an alternative way for Ford to spend his afternoon:

And that’s all Ford needed to change his plans:

Minutes later, Ford had made his way to Doug Kingsmore Stadium to watch the Tigers and Fighting Irish square off and @ClemsonBaseball posted this photo of him with AD Dan Radakovich:

Thanks to social media and some quick thinking by Johns (@ClemsonBaseball), the Clemson Family got to welcome back a former standout while Ford got to enjoy some beautiful weather and quality time with Tiger fans.

Much better than bowling.