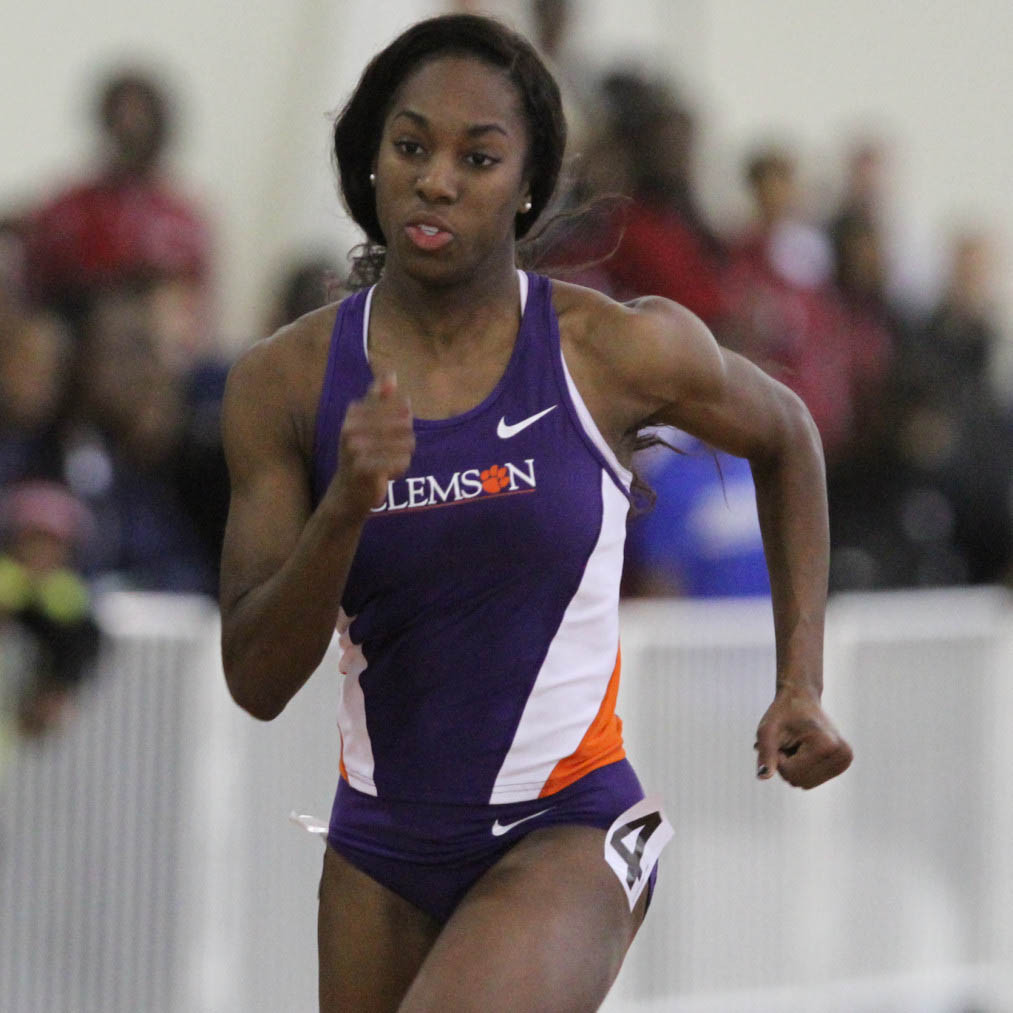 Jacobs knocked off her previous personal record to remain sixth in Clemson history in the 60-meter dash with a time of 7.35. Her time currently ties for 12th in the nation. Sabria Hadley also posted a personal best after finishing third (7.52) in the event. Torie Robinson took fourth (7.55).

In all, the Tigers took five first-place finishes in the field. In the throws, James Plummer won the men’s shot put (50-10), while Shai Carpenter took the men’s triple jump title (49-11.75). Torian Ware went over the high jump bar at 6-10.75 to claim the top prize Saturday.

Samantha Elliott took second in the 60-meter hurdles with a personal best time of 8.35, good enough for top 20 in the nation. Elijah Britton also posted a solid time on the men’s side, finishing third (7.96).

Malayshia George took first in the 400-meter, followed by Nia Fluker and Tanisha Coppin who took second and third respectively. George and Fluker teamed with Olivia James and Natolya Goule to win the women’s 4×4 with a time of 3:41.91, which will convert to the Tigers’ top time this season.

The Tigers travel to New York, N.Y., next weekend to compete in the Armory Collegiate Invitational Jan. 30-31.