A study of all 2017 NFL draft picks revealed that 88 percent of them played at least one sport other than football during their high school career.

Head Coach Dabo Swinney has said many times that he looks for student-athletes who play multiple sports, because they are more well-rounded and have not gotten burned out by playing the same sport year-round.

The same theory could be said for the top golfer on the Clemson women’s team, Ivy Shepherd. The junior, who was the top golfer in five of the six tournaments the team played last year, was an all-state performer on her Central Christian School basketball team in Georgia. The team won the state championship four consecutive years, including her last three years when the team posted a 69-1 combined record.

“It is a good idea to play multiple sports when you are growing up,” said Shepherd. “It’s good to take a break and keep mentally sharp. Basketball and golf worked out well for me because of the schedule. You aren’t going to play a lot of golf in the winter.”

Shepherd was more than just a role player on the hardwood, as she averaged 12 points per game as a senior. As a 5’6” guard, she once made a school-record 10 three-pointers in one game and scored a career-high 32 points.

“During warmups that night, I couldn’t make anything. I was so mad at the start of the game. But when the game began, I started hitting. I made the 10 threes in just over three quarters, because we had such a big lead.”

At the conclusion of her senior year, her high school basketball coach, Justin Stephens, received some calls asking about Shepherd’s interest in playing college basketball.

“He didn’t even tell me about them. He told me later that he didn’t want to distract me from golf, because he knew that was the path I was going to take.”

He was correct, and Clemson Head Coach Kelley Hester is glad he did not give Shepherd a reason to have a second thought about playing college golf.

“Ivy had committed to another school, so we didn’t recruit her early,” admitted Hester. “But when she decommitted, we were ready. She actually called us first to see if we had a scholarship available.

“We had one more scholarship available in that class. We weren’t going to fill it, but when we had the chance to get Ivy (the top-rated junior in Georgia), we did.

“She has been a big addition to our program. Ivy hits the ball a long way and is very talented, but the best thing about her is that she is a competitor.” 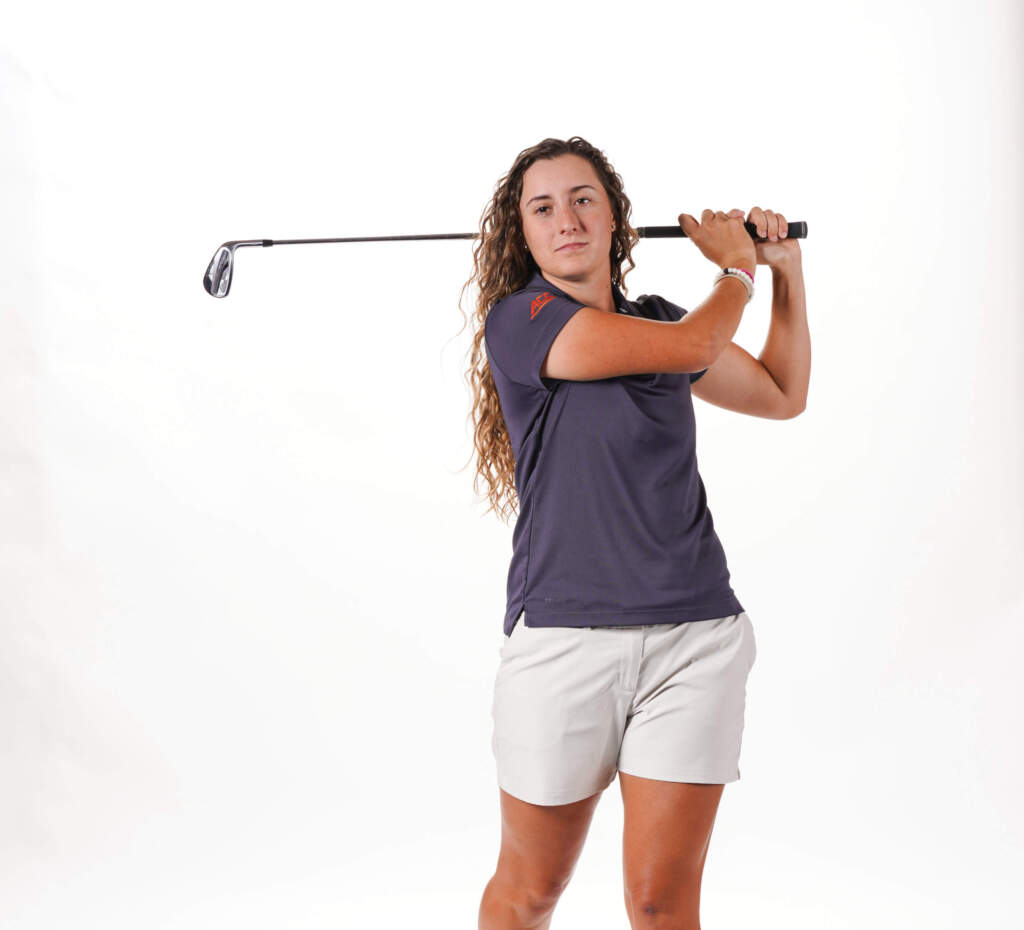 In 2019-20, Shepherd used that competitive spirit to lead the team in stroke average (72.44). A model of consistency, she finished in the top 15 in five of her six events, including a top 10 at the Mason Rudolph Invitational. Through two seasons, she has a 72.83 stroke average, second only to Alice Hewson on the Tiger career list. Hewson is now playing professionally in Europe.

Shepherd continued her strong play this past summer at the North & South Women’s Amateur Championship at Pinehurst No. 2 in North Carolina. She became the first Clemson women’s golfer to take home medalist honors at the famed national amateur event.

“I didn’t know what to expect because I had not played in competition like that since March. But I had a good attitude and was ready to play.”

Shepherd won a playoff at the end of stroke play with good friend Rachel Heck (freshman at Stanford) to become the top seed.

“I made an eight-foot putt for par to force a playoff and started laughing when I saw Rachel and realized I would be in a playoff.”

Shepherd won that playoff hole with a birdie, then advanced to the final four of the 32-player bracket by winning three close matches. She dropped a heartbreaker in 21 holes to Allisen Corpuz (Southern California), the No. 1 player on the top-ranked team in the nation when the pandemic stopped the season.

While she came up short, that match showed Shepherd’s capability to play with the best in the country. The two players each won five holes and tied eight in the regulation 18 holes. Shepherd never trailed between the fifth hole and the 20th hole before Corpuz made birdie on the 21st hole to win.

“Ivy had to take a lot of confidence from the North-South,” added Hester. “That is a national field of top amateur golfers, and she really played well.”