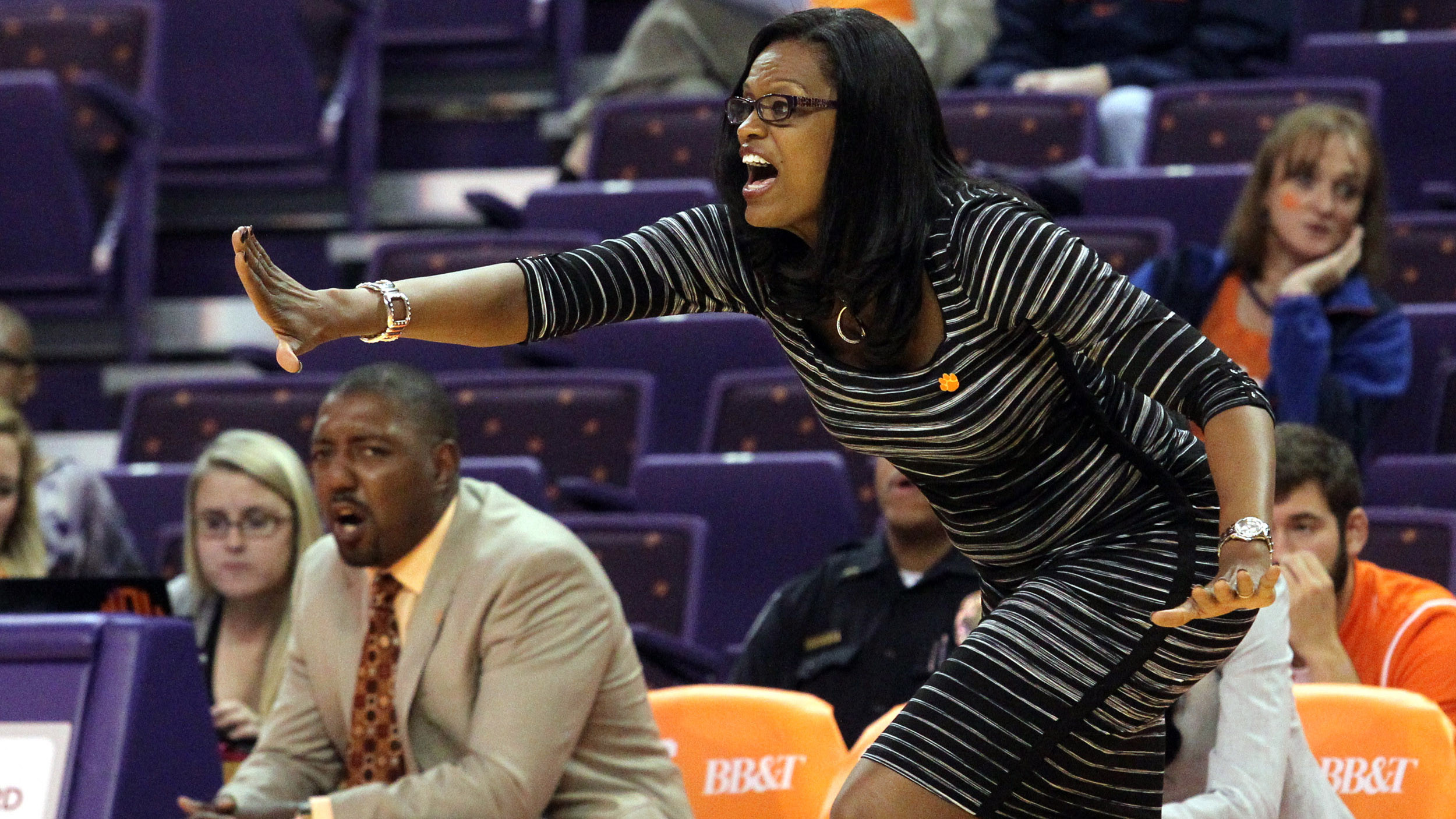 CLEMSON, SC – The women’s basketball program will open the 2013-14 regular season on Friday at 4:00 pm against Davidson in Littlejohn Coliseum. Audra Smith will begin her first season as the head coach of the program exactly seven months after her hire on April 8, 2013.  The game will be broadcast live for free on TigerCast at ClemsonTigers.com, and will be available on the radio locally at WCCP 104.9 FM. In-game updates will also be available on the official twitter account of the program, @ClemsonWBB.  Clemson is 3-0 against Davidson all-time, with the last meeting coming to begin the 2011 season, a 72-62 Tiger win.  The game has been designated Teacher Appreciation Night, and all educators are eligible to receive a free ticket upon presentation of their ID. In addition, any fan holding a men’s basketball ticket for Friday’s game will receive free admission to the women’s game.  A fan favorite act, The Hyper Dogs, will perform at halftime of both games. Clemson won both of its exhibition games last week by a combined 90 points, and enters 2013-14 with its top leading scorer (Nikki Dixon, 12.7 ppg) and rebounder (Quinyotta Pettaway, 8.9 rpg) from last season returning.  Notes (In 140 Characters or Less):