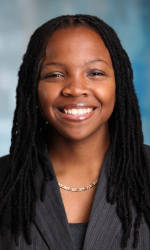 Head Women’s Basketball Coach Itoro Coleman announced the addition of Yolett McPhee-McCuin to the staff as an Assistant Coach on Friday. McPhee-McCuin will come to Clemson after two seasons at the University of Pittsburgh, and has made a tremendous impact at each of her stops at all levels of college basketball.

“Yolett is one of the most passionate young professionals I know in our business,” said Coleman. “She’s achieved so much success early in her career by virtue of hard work. I feel she will challenge our players to be the best each day because of her passion and respect for the game. That will ultimately be reflected in recruiting the best as well.”

“I am truly blessed to have the opportunity to work with one of the best educators in the game,” said McPhee McCuin. “Itoro is extremely passionate about the development of the student-athlete. I am committed to helping her build Clemson Women’s Basketball back to its national prominence.”

McPhee-McCuin received a bachelor’s degree in business management and administration from the University of Rhode Island in 2004. She played two seasons at Miami-Dade Community College, before playing two seasons with the Rams. She appeared in 56 games for URI, and helped lead the Rams to the 2004 A-10 Championship game.

Upon graduation, she went to work as an assistant at Frank Phillips Community College before working at the University of Arkansas-Pine Bluff as an assistant coach and recruiting coordinator. Here, she earned her Master’s in physical education, recording a 4.0 GPA.

She then moved on to Portland, where she acted as recruiting coordinator for the 2007-08 season, and also helped run the team’s marketing efforts. With McPhee-McCuin on staff, the team posted their best record in 10 years, and developed guard Katie Burris to all-conference honors after averaging less than one point per game the previous season.

She has spent the past two seasons at the University of Pittsburgh as a guards coach, academic liaison, and was instrumental in their recruiting efforts. The Panthers went to the NCAA Sweet 16 in her first season, and made the WNIT in 2009-10.

McPhee-McCuin has become a trailblazer for aspiring females from her home country of the Bahamas. She was the first Bahamian female to sign a Letter of Intent to a Division I school, and is the first to coach at a Division I program.

McPhee-McCuin also has significant international experience. She led the 18U Junior National Team to a silver medal at the FIBA National Games in international competition as a player. In 2009, she worked as an assistant on the Senior Women’s Bahamian National Team and was named the Caribbean Coach of the Year.

McPhee-McCuin has made a large impact in each of the communities that she has come across. She developed a foundation in the Bahamas called Back2Basics, which helps the development of children through education and athletics. Additionally, she was involved in numerous community service projects at her other coaching stops.

An active member of the coaching community, McPhee-McCuin is a member of the “So You Want to be a Coach ” program through the WBCA, and she holds membership in the Black Coaches and Administrators Association. The former Yollet McPhee is married to Kelly McCuin.