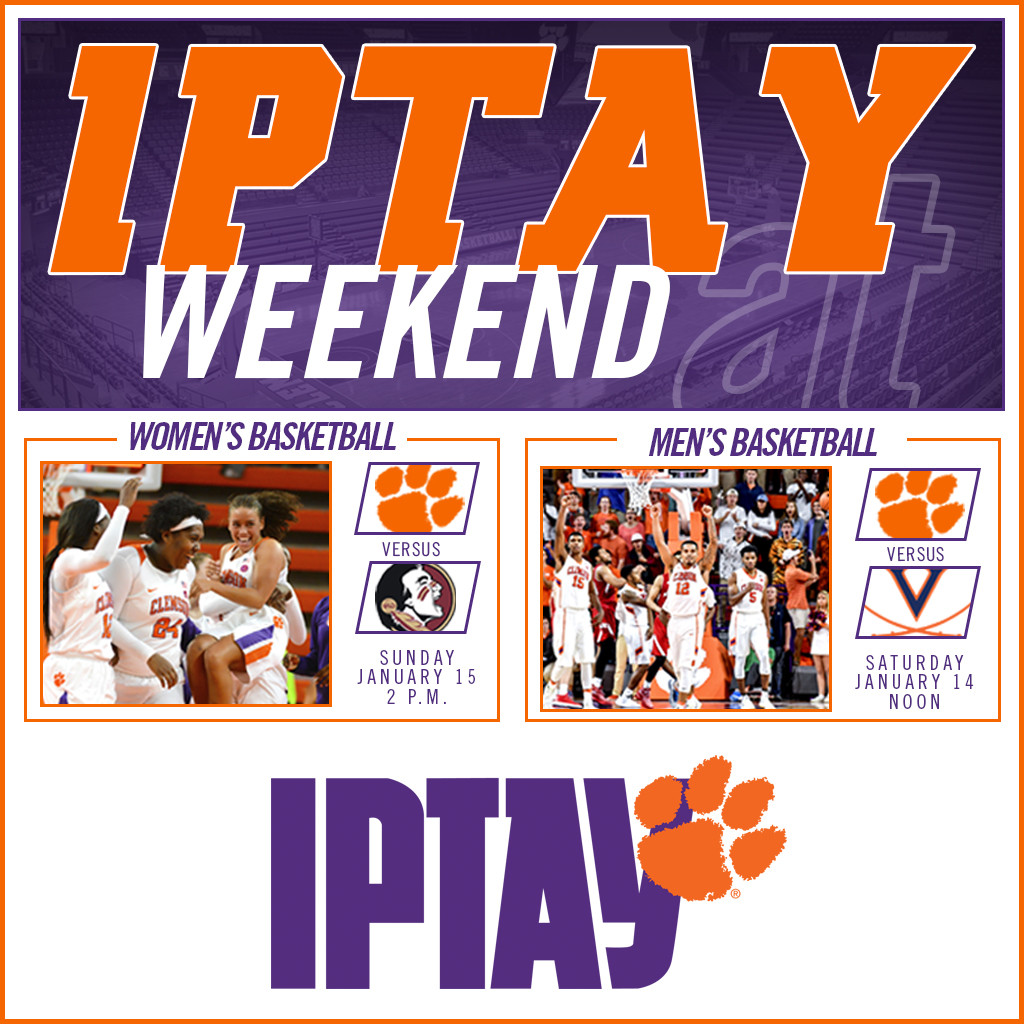 The cold winter weather has arrived and basketball season is in full tilt here at Clemson University. Both the Men’s and Women’s programs are in the meat of their Atlantic Coast Conference schedules and are looking to get on a streak as we begin the New Year. As a continued effort to thank our current donors and build the overall IPTAY brand, the weekend of January 14-15 has been set as IPTAY Weekend at Clemson Basketball. The Men will play host to Virginia at noon on Saturday, January 14, while the Women will entertain the Seminoles of Florida State at 2:00pm on Sunday, January 15.

During IPTAY Weekend at Clemson Basketball, as a thank you for support, all current priority IPTAY members who present their 2016 or 2017 membership card at the IPTAY table in the Burton Gallery will receive a voucher valid on January 14 or 15 for one FREE bag of popcorn and a small soda! IPTAY members will have the opportunity to pick up a voucher from the time gates open through halftime of each game. The voucher can then be redeemed at one of the various concession stands throughout Littlejohn Coliseum.

We hope you are ready to try and catch a t-shirt! The cheerleaders will be armed with extra IPTAY t-shirts to toss out during each game, so be sure to stand up, wave your arms, jump around and show your support for the Tigers. IPTAY will also be providing various prizes that will be awarded throughout the weekend. Prizes include Memorial Stadium replicas, wall clocks, Nike Clemson gear, tours of the football locker room and indoor practice facility, and a signed basketball by head Coaches Brad Brownell and Audra Smith. In addition to these great prizes, we will have plenty of give-a-ways on hand for fans to take home to show their support of IPTAY and Clemson Athletics.

Be sure to visit our main table in the Burton Gallery. IPTAY staff members will be available on both Saturday and Sunday and will be happy to help with any IPTAY questions one may have. With the February 15th deadline drawing near, all members or potential new members will be able to renew, complete 50% of their pledge, or join for IPTAY 2017 as we will be taking donations on site at Littlejohn Coliseum. As a reminder, 50% of your IPTAY pledge is due by February 15th in order to receive the 2017 football season ticket application in March.

We are looking forward to the weekend with great anticipation! This is just a small way to say thank you to all those who support IPTAY and the nearly 500 Clemson student-athletes who proudly wear the Paw!