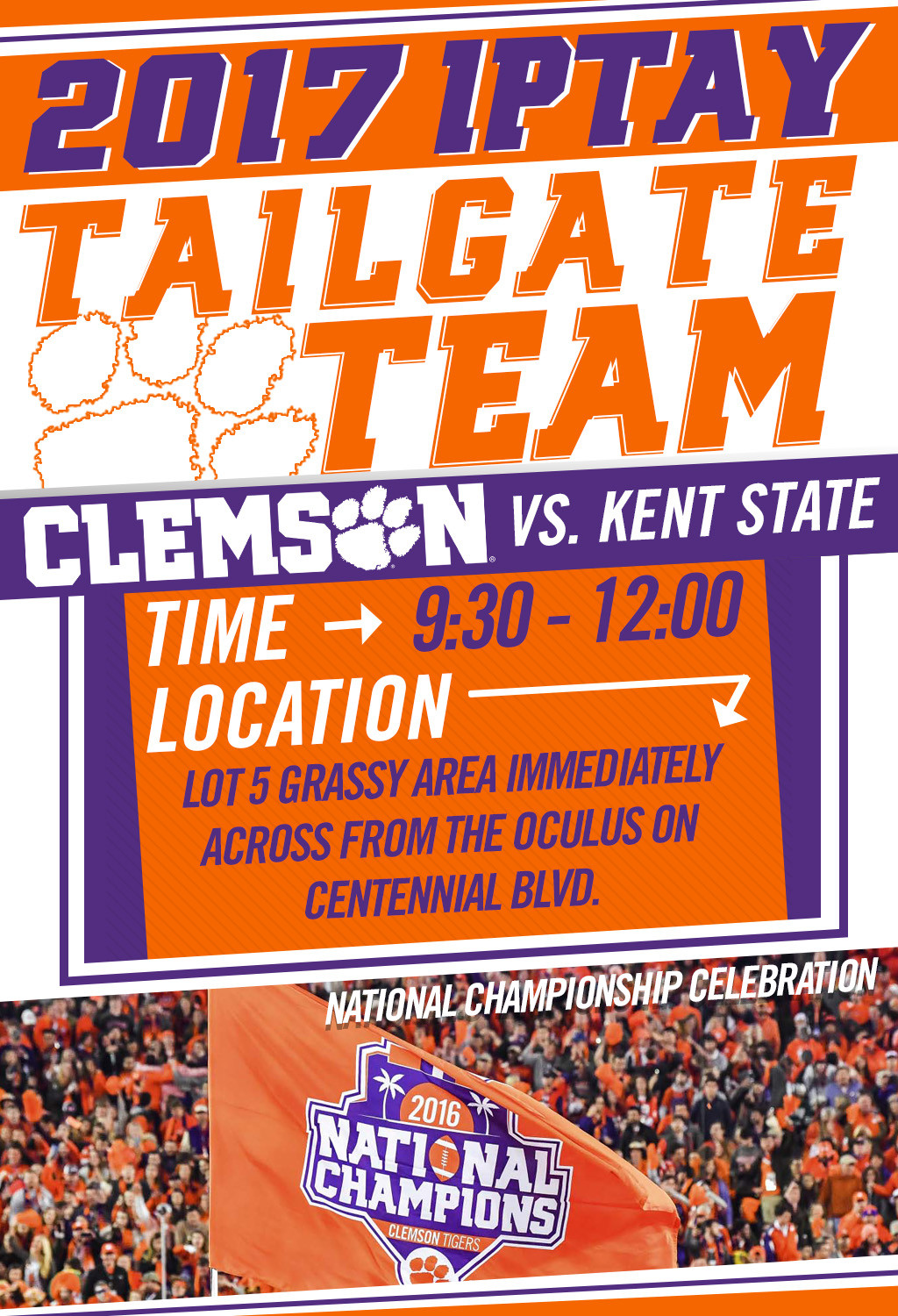 Making its debut for the 2014 football season, the Tailgate Team looks to thank current IPTAY donors as well as market its various programs to the thousands of tiger fans who visit Clemson during the foobtall season. This fall, the Tailgate Team returns for its fourth season and will make seven stops across campus from Jervey Meadows to Bowman Field.

This Saturday, for the home football opener vs. Kent State, the IPTAY Tailgate Team will kick of the season adjacent to Lot 5. The location will be in the grassy area immediately across for the oculus on Centennial Blvd. The tailgate will run from 9:30 a.m. until 12:00 p.m. This week the tailgate will feature a drawing for a premium gift, fall sports schedule cards, football posters, IPTAY information and plenty of giveaways.  Be sure to stop by and see us!

The Tailgate Team, returning for its fourth season, is comprised of IPTAY staff members who set up at a new location on campus for each home Clemson football game. Our tailgate is full of IPTAY information and giveaways for all tigers! The goal of this initiative is to further market and grow the IPTAY brand to the Clemson Family and to answer any questions from both potential and current IPTAY members.