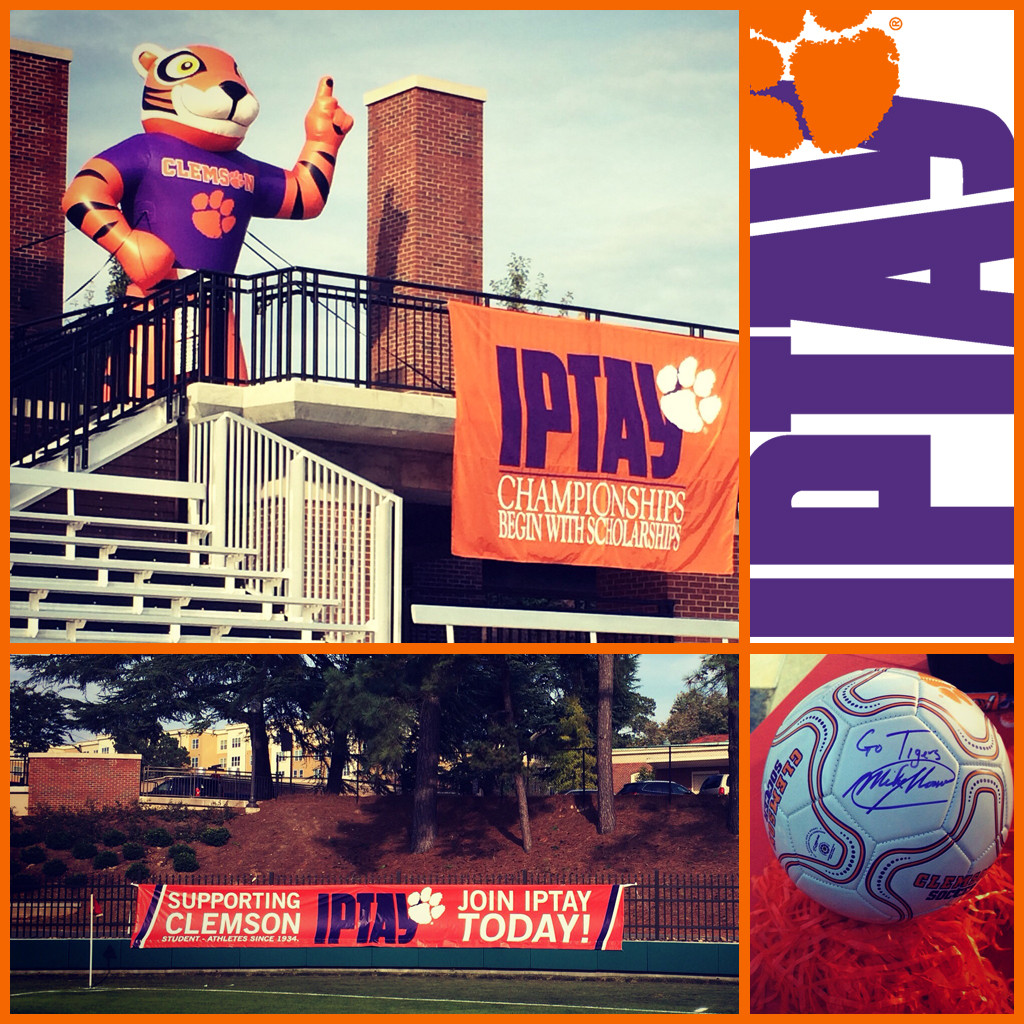 This past Thursday and Friday, both the women’s and the men’s soccer games at Historic Riggs Field were designated as IPTAY Nights. Each game featured fantastic fall weather and great crowds.  The support that our programs see is outstanding and we appreciate all of those who made it out to one, or of the games!

Here at IPTAY we are continuing to find ways to both thank our current donors as well as market the IPTAY brand to potential donors. There’s no  better place to do that than at our own athletic events here on campus.  The two night event allowed IPTAY to have increased signage at Historic Riggs Field that was visible to both fans in attendance as well as those watching on ESPN3. Fans in attendance each night had the opportunity to brush up on their IPTAY knowledge during a trivia session at halftime of each contest. Questions included what IPTAY supports, IPTAY history, IPTAY membership numbers, and more.

Fans also had the opportunity to stop by the mobile IPTAY office located on the main concourse to pick up IPTAY information, ask questions, as well as take home a souvenir.  Patrons could also enter to win a Nike gear package that featured a signed soccer ball by Head Women’s Soccer Coach Eddie Radwanski on Thursday and a soccer ball signed by Head Men’s Soccer Coach Mike Noonan on Friday. We hope that all fans had a great time and found something special on the table to take home with them.

IPTAY members who attended either of the matches enjoyed additional benefits. Members who presented their IPTAY membership card at the mobile office on the concourse were given special IPTAY sunglass straps both nights. On Friday night, for the men’s game, IPTAY members received discounted admission of $3, a savings of $3 on a regularly priced general admission ticket.

Again, we want to thank those in attendance and all of our IPTAY donors. Because of your support, IPTAY is able to provide the total athletic and academic experience to our nearly 500 student-athletes. If you are not yet a member of the IPTAY team, there is no better time to join! To learn more about IPTAY and how to join, click HERE.

If you were unable to make it to one of these two nights at Historic Riggs Field, you still have a chance to attend an IPTAY Day this fall. On Friday, November 6, IPTAY will be heading to Jervey Gym as our Volleyball Tigers take on Wake Forest. First serve is set for 7pm.