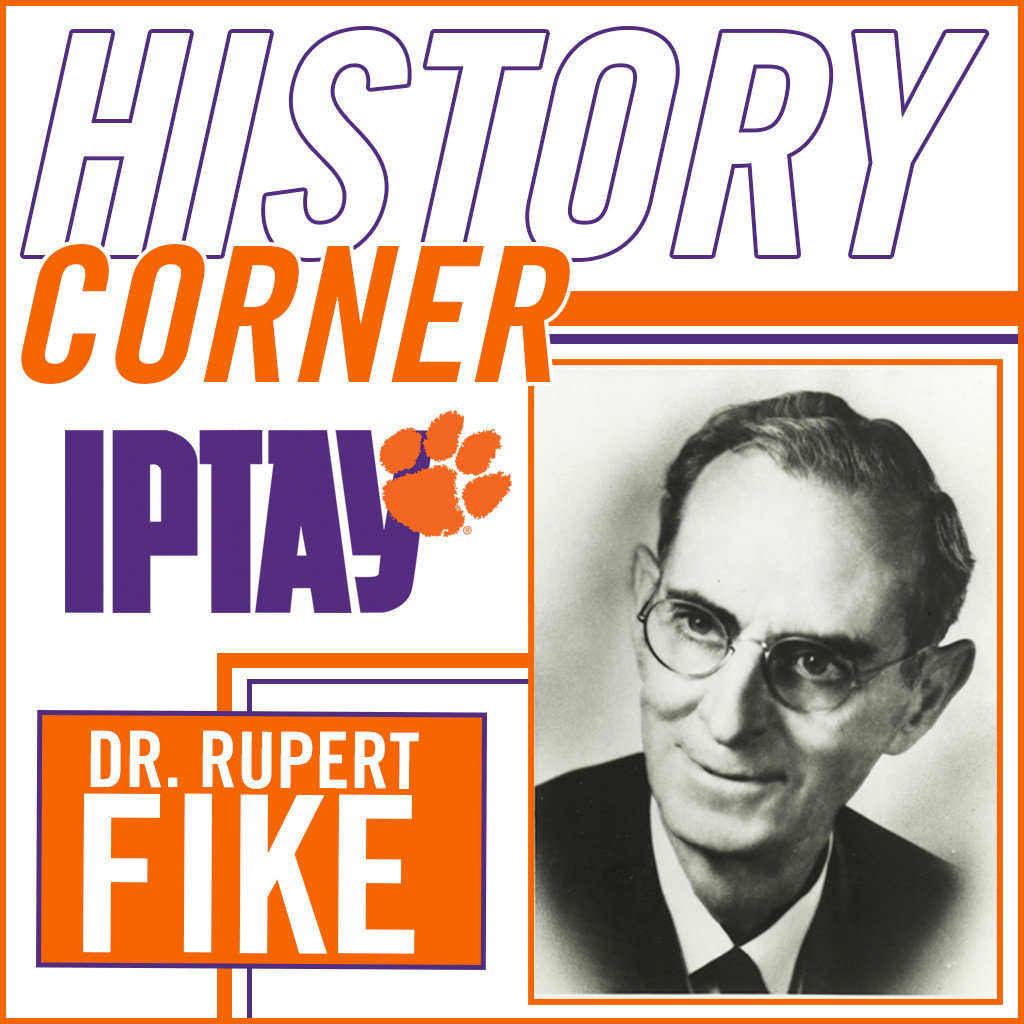 By many across the country, IPTAY has been considered as the “grandfather” of intercollegiate athletics fundraising. Since being a pioneer in the field in 1934, IPTAY has been able to continue its success into the present day because of the thousands who support Clemson student-athletes by being members of IPTAY.

Before IPTAY reached the more than 16,000 donors who make up the membership base today, several notable Clemson men worked tirelessly to get the organization off the ground. Those men were George Suggs, Gene Cox, E.C. Hutchings, Bill Dukes, J.R. Pennell, George Klugh, Milton Berry, Jack Mitchell and Rupert Fike, the founder and first president of IPTAY.Each of these men were in attendance at the first IPTAY meeting in 1934, and as a result of their work, Fike was able to write his famous letter to coach Jesse Neely at Clemson that was dated Aug. 21, 1934.

As we look back on the storied history of IPTAY, it is interesting to note that in the initial years of its existence according to an early copy of the constitution, IPTAY was to be a secret order. In that version of the constitution it said…

Anyone who has matriculated at Clemson, has been employed by the college or is a friend of the college who can subscribe to the purpose of the order by taking the oath of secrecy and paying the initiation and yearly fees when invited for membership is eligible.

Being a secret order during the formation of IPTAY, Fike entwined the language of his ritual around the tiger. The Bengal tiger, Persian tiger and the Sumatra tiger were the president, vice president and secretary, respectively. The Exalted IRYAAS would be the head football coach at Clemson, with the “IRYAAS” acronym meaning “I Received Yours and Acknowledge Same.”Fike also incorporated terms associated with the tiger for describing geographic areas within the organization. The word “lair” was used to refer to a unit body of the order, and “region” designated a state, province or foreign country. Several other acronyms used during the early years included GOCAMS, “Giving Our Clemson All My Support,” WDWE, “When Do We Eat?”, and WDWD, “When Do We Drink?” However, five years after its formation, IPTAY dropped its secret ritual and invited all to support Clemson athletics. Today though, IPTAY, the acronym that stands for “I Pay Ten A Year,” still headlines the organization, just as it did in 1934.

As we look back, the initial few years were not easy. During IPTAY’s first full year, membership reached 162 and contributions totaled $1,623. Well short of the $10,000 that Neely envisioned it would take to turn out a winning program for Clemson fans. It is no irony that the first time IPTAY crossed the $10,000 mark on annual basis, Clemson went to its first postseason game, the 1940 Cotton Bowl.

Over the past 80 years, the names and faces of IPTAY have changed, but the mission has not, and that is to support Clemson student-athletes. In athletic competition and in the classroom, the generosity shown by IPTAY members allows young men and women who wear the Tiger Paw the opportunity to compete and succeed at the highest level.

As the landscape of college athletics continues to evolve, it is evident that private philanthropy, just as visionary Dr. Rupert H. Fike believed back in the 1930s, will be pivotal to the future success of Tiger athletics.