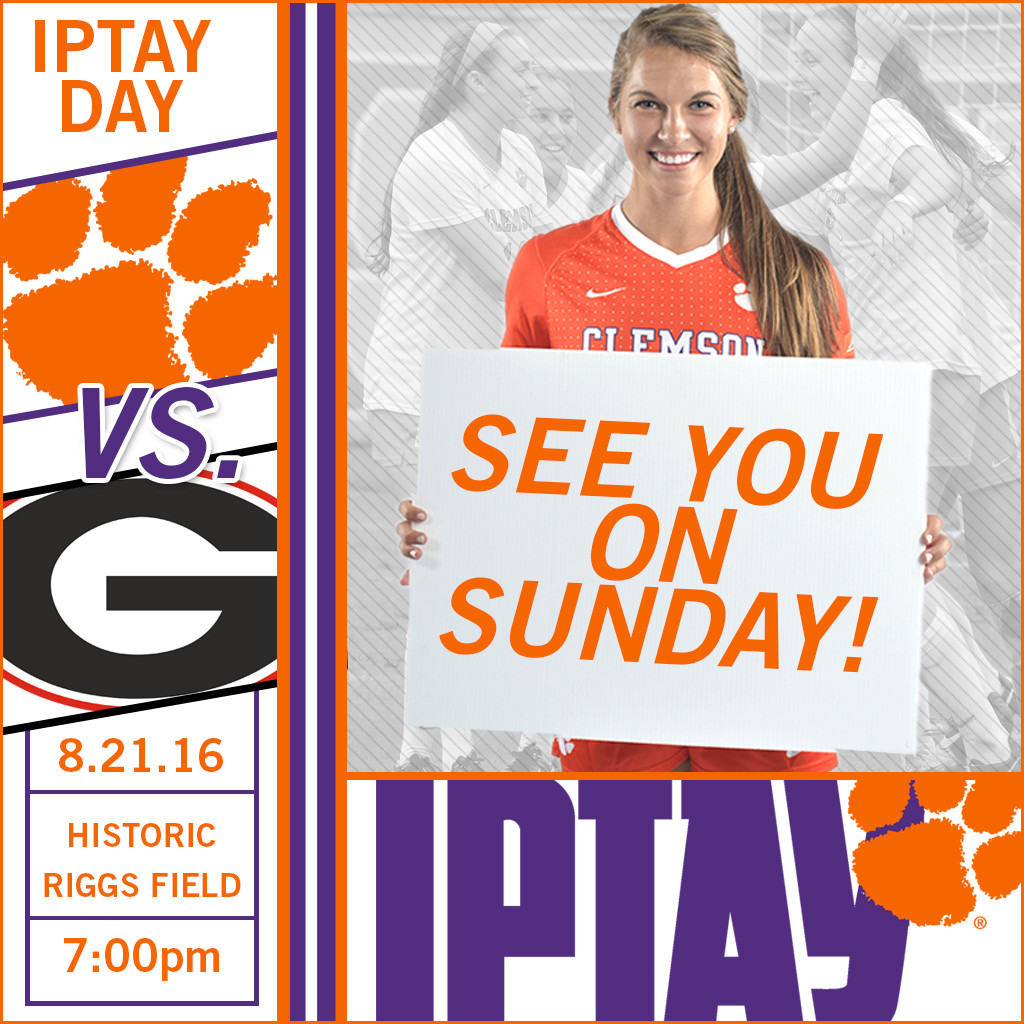 IPTAY Day At Women's Soccer Set For This Sunday

This Sunday, the Clemson Women’s Soccer team returns to Historic Riggs Field as they open up their 2016 campaign against the Georgia Bulldogs. The Tigers are coming off a successful 2015 season in which they went 14-4-2 overall, finished tied for second in the ACC regular season, qualified for the ACC Tournament and reached the second round of the NCAA Tournament.

On Sunday, in addition to it being the first game of the new 2016 season, the match has also been tabbed as IPTAY Day! IPTAY Day at women’s soccer is part of a continued effort to show our support of all our nearly 500 Clemson student-athletes across 19 sports. IPTAY Days have grown from the traditional IPTAY Day at Football to include numerous other Olympic sports.

Beginning when the gates open at Historic Riggs Field, stop by and visit our IPTAY table which will be located on the concourse across from the main gate. IPTAY staff will be on hand to help all with IPTAY questions or needs one may have. We will also have plenty of give-a-ways on hand for fans to take home to show their support of IPTAY and Clemson Athletics.

Everyone in attendance will have the opportunity to enter a drawing for an IPTAY Prize Pack. The package will include an IPTAY Camelback water bottle, ten IPTAY koozies, Nike hat and shirt. The winner will be announced at halftime of the SEC vs. ACC matchup. We also hope you are ready to try and catch a t-shirt! The soccer marketing staff will be armed with extra IPTAY t-shirts to toss out during the game, so be sure to stand up, wave your arms, jump around and show your support for the Tigers.

We are looking forward to Saturday as it will be a fun evening for all involved! This is just a small way to say thank you to all those who support IPTAY and the nearly 500 Clemson student-athletes who proudly wear the Paw!

As a reminder all women’s soccer games are free and open to the public. For more information and to view the 2016 women’s soccer schedule click HERE.