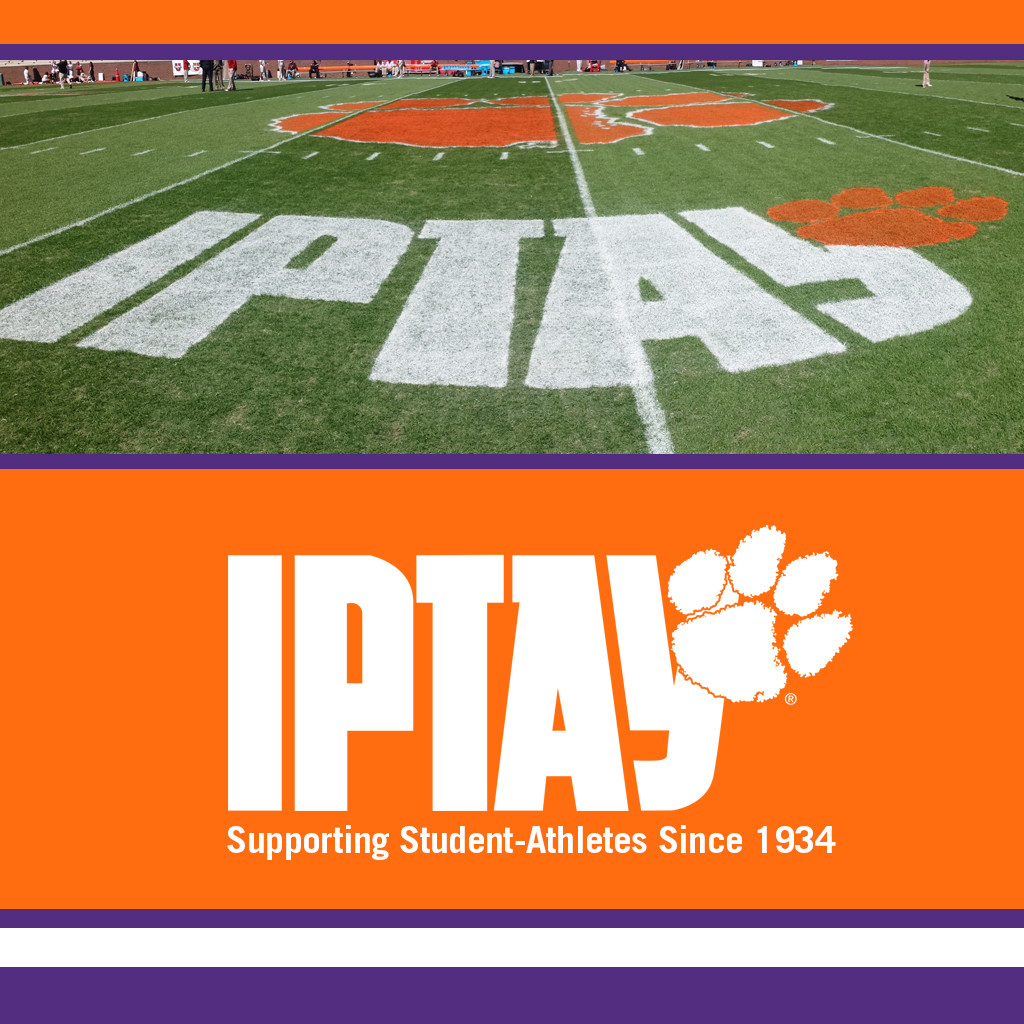 Fall weather arrived in the upstate over the weekend and what a beautiful Saturday we had for IPTAY Day in Death Valley. The afternoon was a tremendous success both on and off the field. Our football Tigers had a dominating performance as they shutout the Wolfpack of NC State 41-0. It was the first shutout of an ACC foe by Clemson in 16 years.

In addition to the on-field success, it was a great day of celebrating IPTAY and its eighty year history with Clemson University and Clemson Athletics. During the pre-game festivities, the IPTAY Board of Directors, the IPTAY Student Advisory Board and IPTAY Reps were recognized on the field for their tireless efforts in growing IPTAY.

Also during pre-game, Larry Brown, an IPTAY member for the past 54 years, dotted the “I” with the Tiger Band! It was very special to have Brown on hand as he is a 1960 graduate of Clemson University and currently resides in Hilton Head, SC. A passionate fan of the Clemson Tigers, Brown has attended 450 consecutive (home and away) Clemson football games. This is an amazing feat as the Tigers have traveled great distances for away games over the years including two games in Japan during the 1980s. On Saturday, Brown was joined by his wife Mary Ruth, as they dotted the “I” with the Tiger Band. We appreciate all that the Browns have done for IPTAY and Clemson Athletics.

With the game being televised on ESPNU, IPTAY was able to garner national exposure by way of the IPTAY logo being placed on the field. This was an amazing opportunity as we look to continue to build the IPTAY brand not only regionally but across the country. Another highlight for IPTAY Day was the game program. The final 12 pages were strictly dedicated to IPTAY news, history and information. This was great way to touch and educate thousands of the Clemson Family who were in attendance for Saturday’s game. Click HERE to view the IPTAY pages from the gameday program from this past Saturday.

Lastly, we want say thank you to our nearly 15,000 donors who are making a difference in the lives of Clemson student-athletes who proudly wear the Paw. Because of your generous support, young men and women are able to excel both in the classroom and on the playing field.