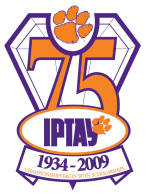 July 1, 2008 marks the beginning of the celebration of IPTAY’s 75th year of scholarship support at Clemson University. IPTAY has long been regarded as the father of athletic fundraising, tracing its roots back to 1934. Dr. Fike has long been credited with the inception of IPTAY when he wrote his now famous letter, “Last night we had a little meeting at our house and organized the IPTAY club.”

IPTAY stood for “I Pay Ten a Year,” back in those days. The purpose of IPTAY at that time was to “provide annual financial support to the athletic department at Clemson, and to assist in every way possible to regain for Clemson the high athletic standing which rightfully belongs to her.”

IPTAY’s goals 75 years later reflect those of Dr. Fike; to provide for the annual cost of athletic scholarships for our student-athletes, provide for the operating expenses of IPTAY, the establishment and maintenance of an adequate reserve fund deemed appropriate by the IPTAY Board of Directors, and any other expenditures of the athletic program not covered in the previous three that are approved by the IPTAY Board of Directors. Over the last 75 years, IPTAY has grown to over 16,000 members who donate over $16 million annually.

IPTAY would like to thank all our donors for 75 years of support and dedication, because of you; IPTAY is the oldest athletic scholarship fundraising organization in America. Please check ClemsonTigers.com throughout the year for more exciting information about IPTAY’s 75th anniversary celebration.