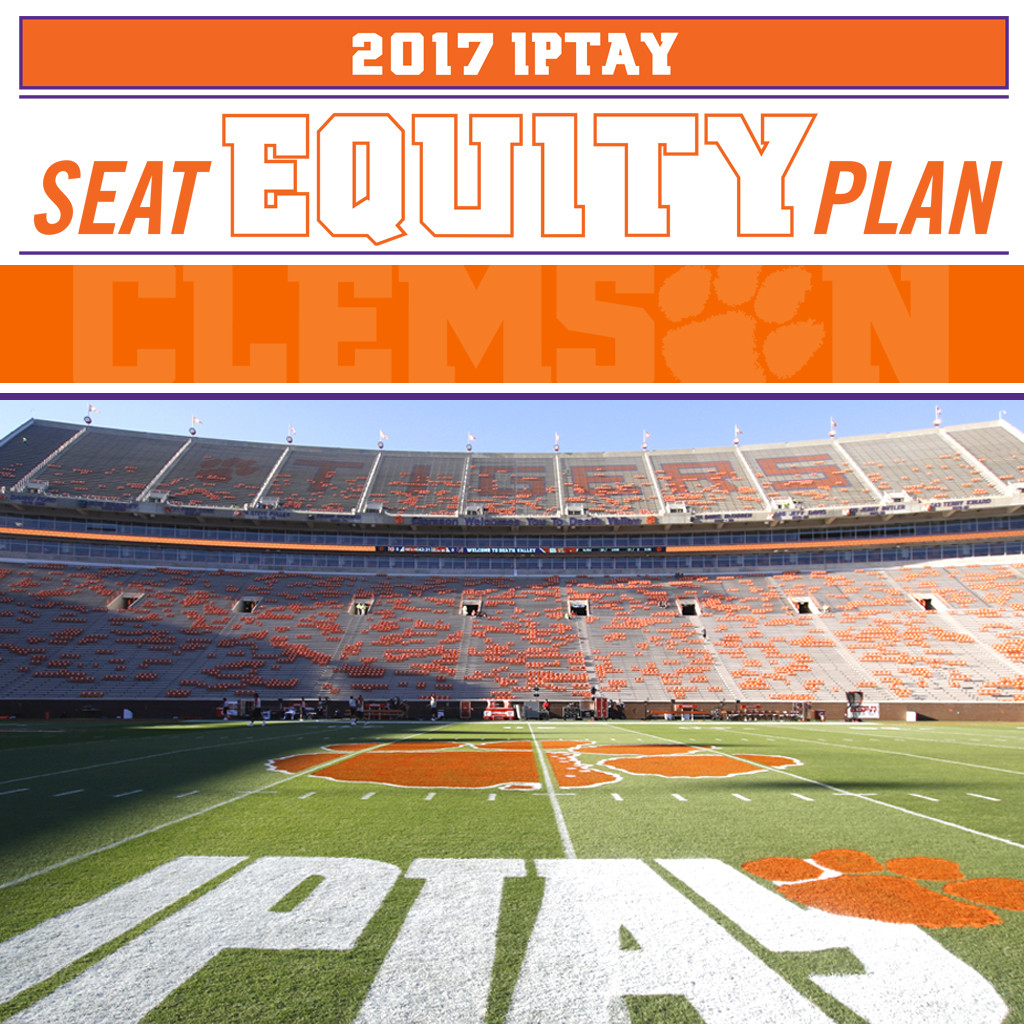 Over the past eight years, Clemson has enjoyed tremendous success across each of its 19 sport programs due in large part to the critical support IPTAY has provided through academic support, scholarships and facility enhancements.

Prior to the 2008 football season, the Clemson University Athletic Department and IPTAY announced the IPTAY Seat Equity Plan for Memorial Stadium, which created a value-based seating system for IPTAY donors while reaffirming IPTAY’s commitment to the continued success of Clemson Athletics.

For only the second time since the program’s inception, a modification of the seat values associated with each section will be implemented for the 2017 season. It is important to note, this is not a re-seating of Memorial Stadium, and each season ticket holder will be given the first opportunity to retain their current seats.

The seat donation values range from $100 to $800 per seat depending on location in Memorial Stadium. Each season ticket holder and IPTAY donor will receive information pertaining to their specific seat location and assigned seat equity value with their annual mailing.

The Seat Equity Plan ushered in a new era for IPTAY and Clemson Athletics, and the continued program allows our student-athletes to continue their pursuit of championships.