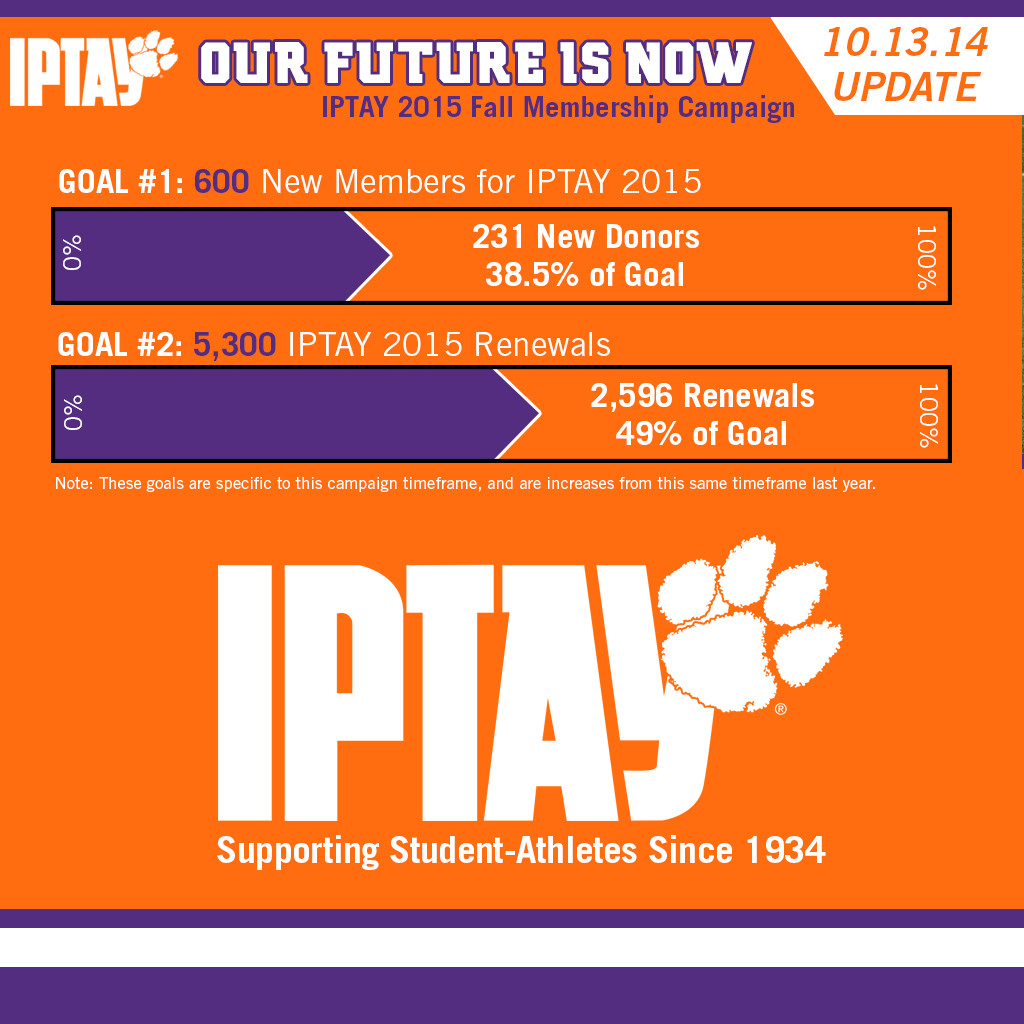 Tiger Nation, fall is in full swing here at Clemson University as we just wrapped up a busy weekend of Clemson Tiger athletic events. This past Saturday in Death Valley was thrilling as our Tigers defeated Louisville, our newest ACC foe,  23-17. In addition to success on the gridiron, Men’s Soccer, Volleyball and Women’s Soccer all notched victories over ACC opponents this weekend. Now in the midst of this busy time, we want to update the Clemson Family on the progress of the IPTAY 2015 fall membership campaign “Our Future Is Now”. The launch of the campaign has been a great success, garnering publicity across various mediums including website, print and radio. This attention has been very beneficial in aiding to the start of the campaign.

The “Our Future Is Now” campaign initiative was released in September and will run through December 31st of this year. As mentioned in previous releases, the goal of this campaign is to focus on building the IPTAY brand and raise greater awareness to what IPTAY provides for Clemson student-athletes on and off the field. More specifically, IPTAY is focusing on two areas that are very important and essential to growing the membership with two simple goals.

With more than two and a half months to go in the campaign it is time to provide an update on the campaign’s progress. The graphic below displays where we stand as of October 13th regarding the two numeric goals for this fall initiative.

From all of us at IPTAY, we want to thank everyone who has participated in the campaign up to this point. If you have not yet participated in the campaign, there is still plenty of time to get in on the action by December 31st.  We encourage non-members to join and current members to renew and recruit others to join our team! With your help, we can achieve these goals and help IPTAY reach new heights. To learn more and about the “Our Future is Now” fall membership campaign and its incentives please click HERE.  To participate in the campaign today by joining or renewing for IPTAY 2015 click HERE or call 1-800-CLEMSON.