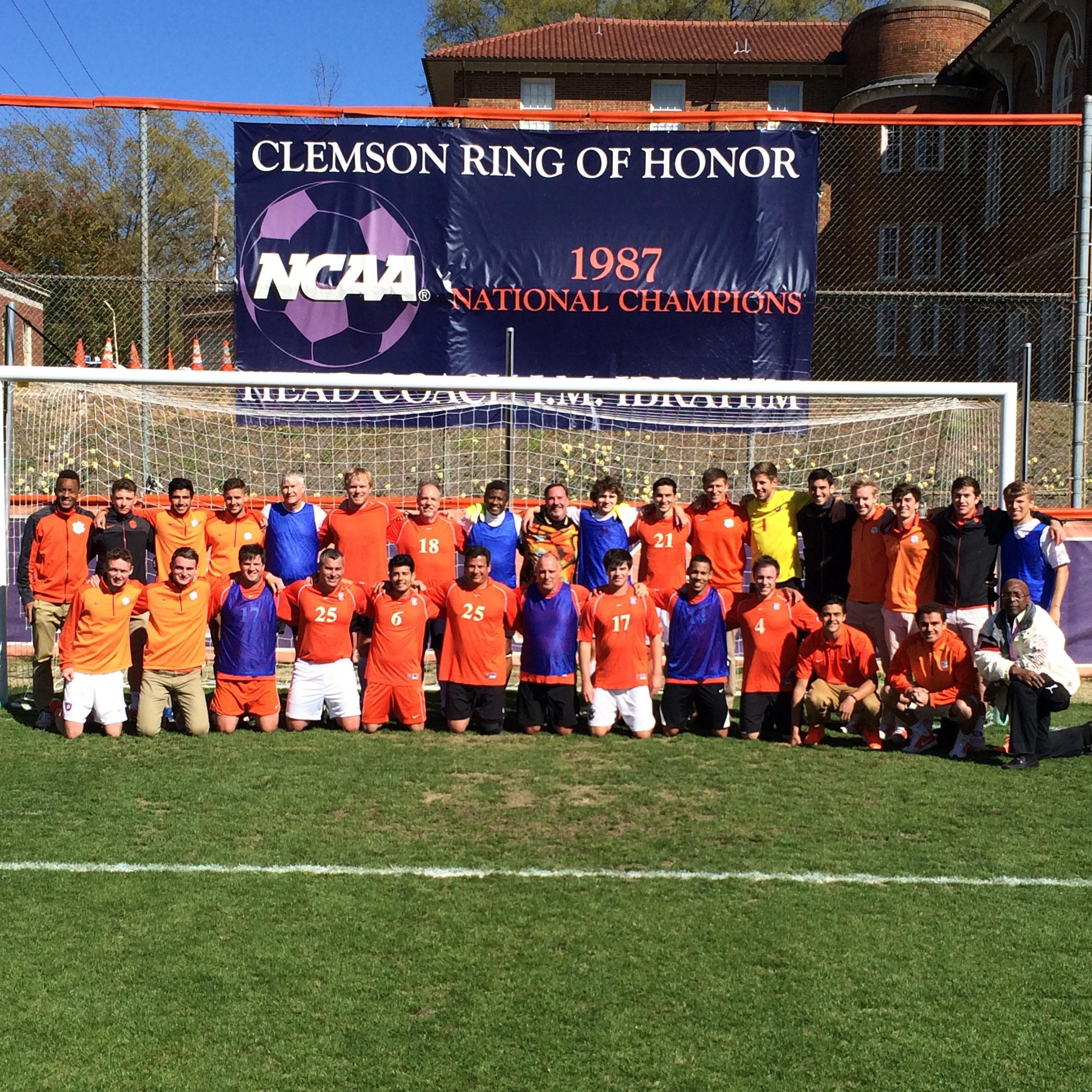 Friday evening, Julie Ibrahim, widow of I.M. Ibrahim, her son Darian and his family hosted a private dinner and gathering at Julie’s home for alumni and staff members. It was a time for the former Tigers to share stories and reminisce about their times at Clemson.

The event continued on Saturday, as Tormey hosted a tailgate at Historic Riggs Field while the Clemson team took on the Atlanta Silverbacks in a spring game. Following that game, many of the former Tigers took the field for an alumni game.

The weekend concluded Saturday evening with an awards banquet celebrating the 2014 season, held at the Outdoor Lab on the Clemson campus. In addition to the customary postseason awards, Head Coach Mike Noonan introduced a new tradition, presenting the I.M. Ibrahim Award to an alumnus for his significant contribution to Clemson men’s soccer. Tormey was the recipient of the inaugural award, which will be presented annually going forward. (Click HERE to read more about the awards banquet.)

ABOUT THE I.M. IBRAHIM AWARDThis award shall be given annually to an alumnus who has made a significant contribution to Clemson Men’s Soccer that reflects the passion and values that Coach Ibrahim left during his career as a coach, educator, entrepreneur and champion. The award recipient will be an ambassador for the year for Clemson and the men’s soccer program in memory of Coach Ibrahim.

The weekend would not have been such a success without the hard work of the men’s soccer staff, as well as the efforts of Bob Mahony and Jodi Welp of the Tiger Letterwinners Association and Ford Williams, Assistant Director of IPTAY Major Gifts.

“Having five decades represented in all facets of the weekend showed the power of alignment in the history of the Clemson soccer program,” said Noonan. “Having everyone come together for this event was uplifting to the current team. This is going to be a yearly event, which we expect to grow in magnitude every year.”