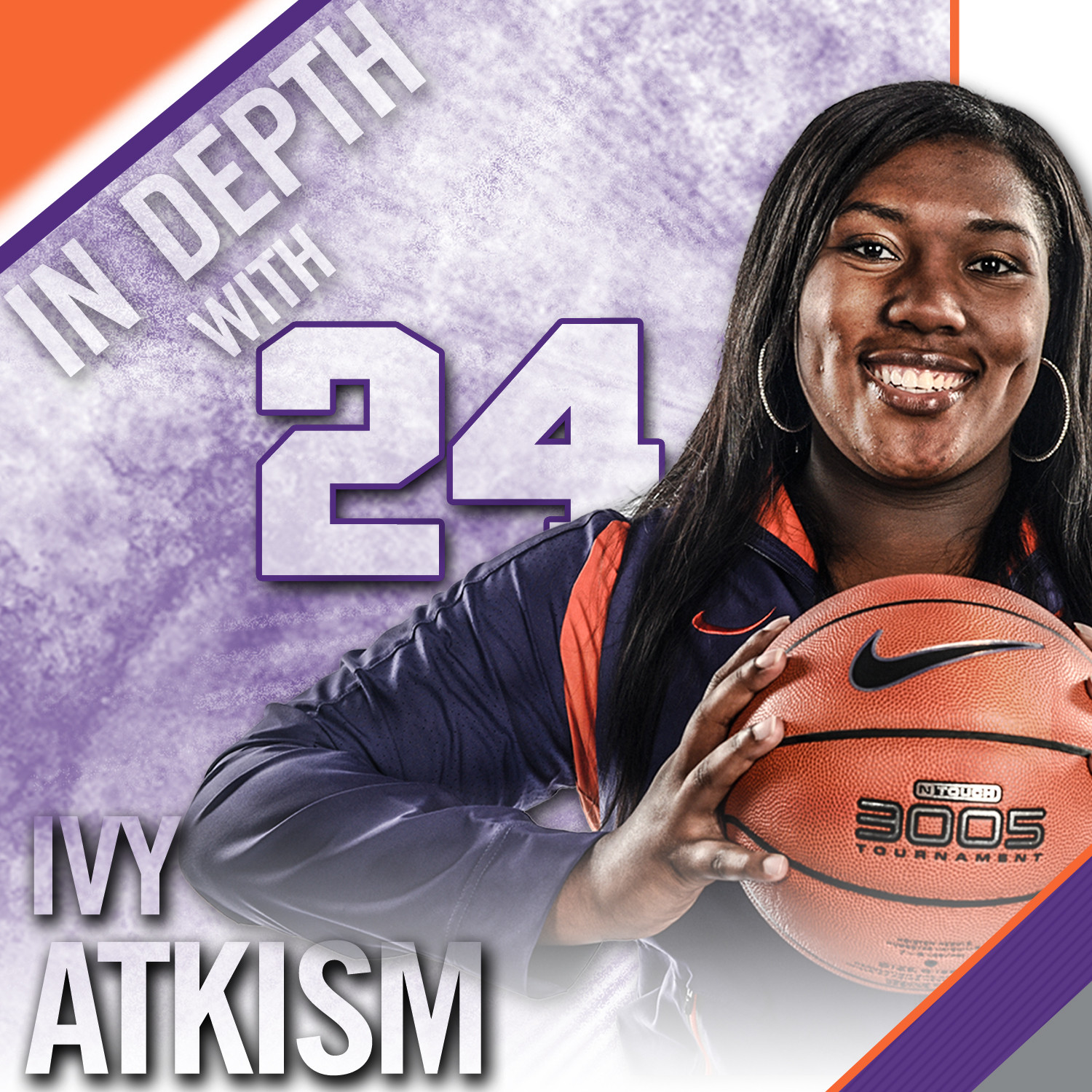 In Depth with Ivy Atkism

Ivy Atkism is one of seven sophomores on this year’s Clemson women’s basketball roster. As a true freshman last season, the native of Monroe, Ga. played in 28 games for the Tigers, earning 13 starts including seven in ACC play. She shot 43.1% from the floor and 76.5% from the free throw line in 2014-15, two of highest marks on the team.

The Tigers open the 2015-16 season on November 13th vs. Charleston Southern at 2 p.m. in Jervey Gym. In order to get fans prepared for the season, we went in depth with Ivy Atkism and asked her a few questions.

“I started playing basketball because our rec league needed one more person in order to fill up the teams. So that’s how I got started. I was in the third grade. I was a softball player at first.”

Q: Why did you choose to attend Clemson?

“I chose Clemson because it was not too far from home and when I got here it felt like a big family and that’s what I was looking for in a school.”

Q: What is your favorite basketball memory so far?

“The first game I played at Clemson because I was so nervous. Once the nerves went away I realized that I was living my dream so it was a lot of fun.”

Q: What are you looking forward to most about your sophomore season?

“I’m looking forward to seeing the improvement from everyone on our team. I can already tell that people have gotten better in comparison to last season. Even the freshmen have gotten better since the summer. It’s fun to see how much everyone has improved.”

Q: What have you improved on during the offseason?

“Confidence for me is the biggest thing. Last year, the nerves got in the way a lot. But this year, I feel more confident knowing that I’ve already done it before and know what to expect.”

Q: What excites you the most about playing in Jervey Gym this season?

“I think it will be better for us because everyone will be a whole lot closer and it will feel like we have more fans. It will be a really intimate atmosphere and I think it will make it harder on our opponents. It’s going to be loud and exciting.”

Q: Which Clemson coach has been the most instrumental in your development as a player?

“I would say Coach Oliver. He holds me accountable for everything. He never let’s me slack off on anything.”

Q: What’s your prediction for this season?

“I think we’re going to win more conference games this year. We look better at this point then we did last year, which is really exciting. I think we have a more positive outlook on the season because we can already see the growth that a lot of our players have made.”

Sport other than basketball: Volleyball