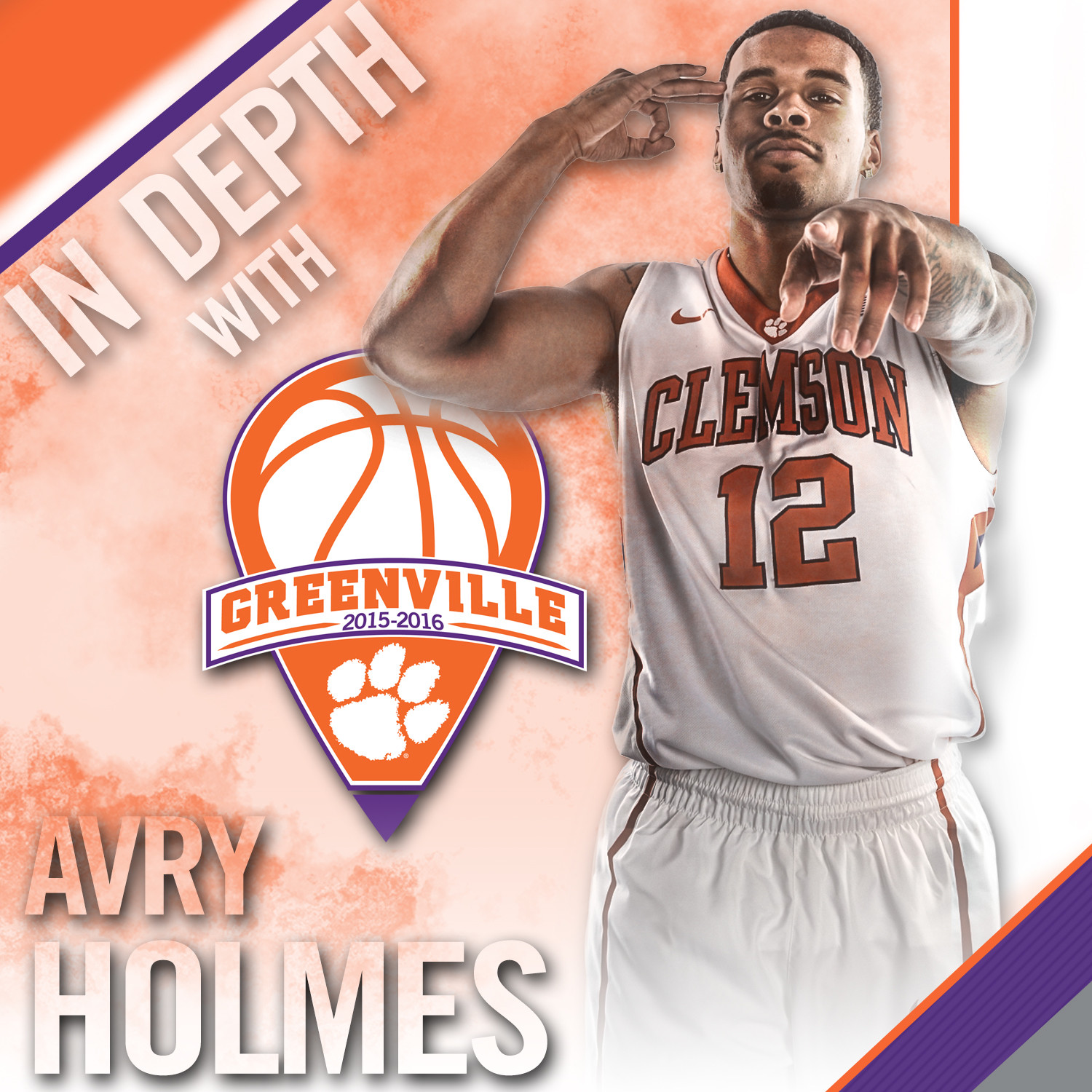 In Depth with Avry Holmes

Redshirt junior guard Avry Holmes is poised to earn significant playing time at the point guard position this season for the Clemson men’s basketball team. Holmes, an Oregon native, played the first two seasons of his career at the University of San Francisco, where he was an Honorable Mention All-WCC selection in 2013-14 and a WCC All-Freshman selection in 2012-13. As a sophomore, Holmes started all 33 games for the Dons, and averaged double figures (12.5 ppg) for a team that advanced to the NIT.

Holmes transferred to Clemson following his sophomore year and redshirted the 2014-15 season, per NCAA rules. He is eligible to play for the Tigers this season, and will bring experience and scoring ability to the point guard position. He is also known for his three-point shooting prowess, knocking down 98 threes and shooting 43.9 percent from behind the arc in his two seasons at San Francisco. Clemson head coach Brad Brownell is excited about bringing Holmes into the fold this season.

“The guys on the team have confidence in Avry that he’s going to be a good player because we’ve seen what he’s done in practice,” Brownell said. “We certainly think it will be a seamless transition for him into our starting point guard spot.”

With basketball season just around the corner, we sat down with Holmes and asked him a few questions to get to know him better.

“My brothers got me into it. My first sport was soccer, and then football. Plus my dad was a big basketball player, so he also got me into it and I just kept playing it.”

Q: Why did you choose to transfer to Clemson?

“I felt like it was a better fit and a higher level. I needed to get away from where I was and to find a better opportunity.”

Q: What has been the highlight of your basketball career so far?

“My highlight was when I was able to officially practice here at Clemson. That was a big day for me.”

Q: What are you looking forward to most about your first season of eligibility at Clemson?

Q: What did you learn during your redshirt season?

“I learned the system well. Not only the basketball side of things, but I have a good feel for campus and I feel comfortable here. I was able to see how the ACC works and what level the teams play at.”

Q: What’s your prediction for the team this season?

“I think we’re going to do well if we stay humble. We have a chance to be a really good team in the ACC.”

Q: What do you do in your free time?

“Sleep, hang out with my teammates and play video games.”

Q: Which Clemson coach has impacted you the most?

“Coach [Richie] Riley. He’s a good guy. He makes me compete every day. You can goof around with him, but he also knows when to be serious. He’s always on me and makes sure I’m doing what I’m supposed to be doing. We have a good bond.”