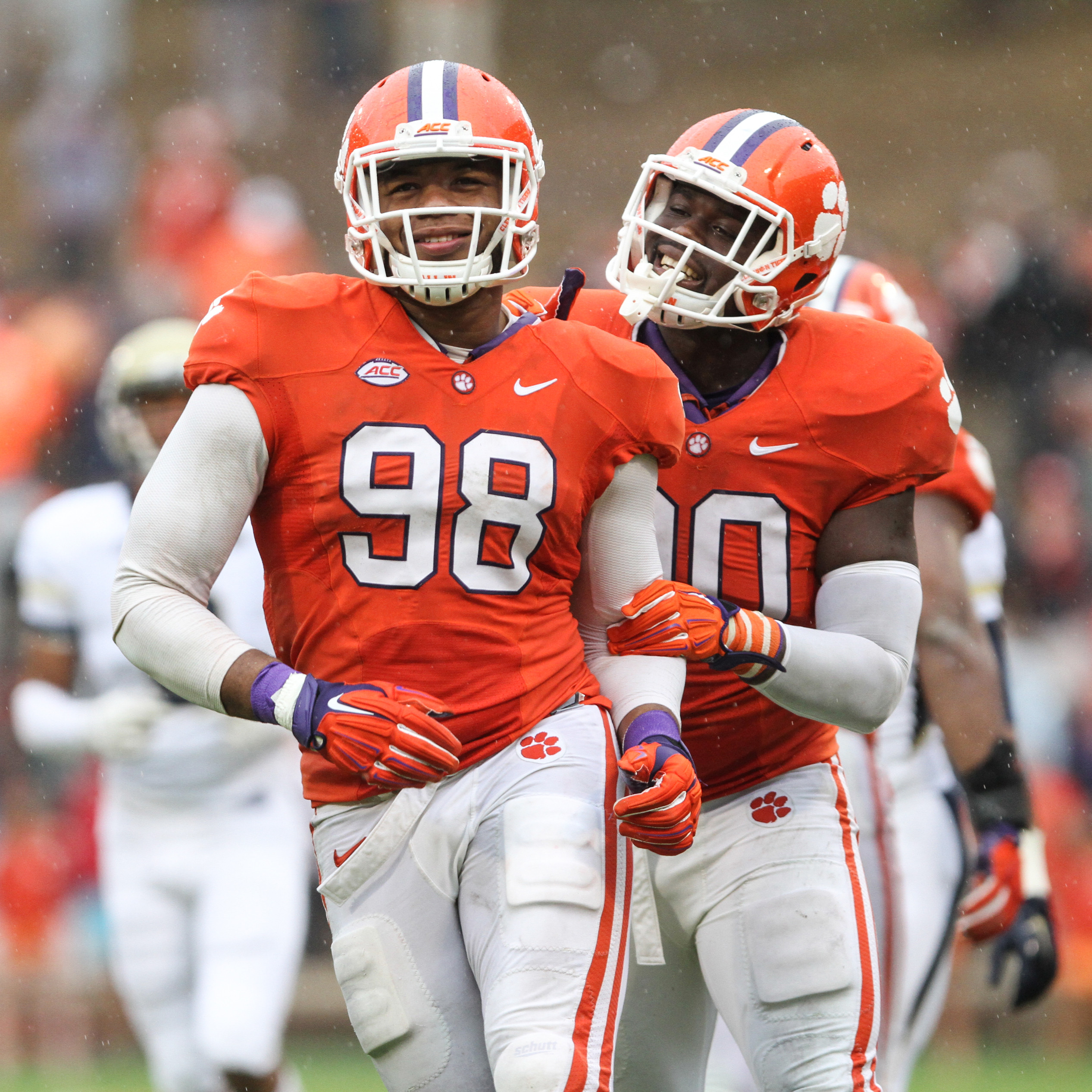 With nine Tigers selected in the 2016 NFL Draft, Clemson made its presence known in Chicago last week. The nine selections marked the most for the program in a single draft since 10 Tigers were chosen in 1983. Second only to the Ohio State Buckeyes, who had 12 players drafted, the Tigers’ excellent showing fully indicated just how special the 2015 squad really was. Here is a look at each of the Tigers selected (in order), as well as an overview of how they stack up on their respective NFL teams.

19th Overall (1st Round) to the Buffalo Bills

Despite a shoulder injury suffered in the College Football Playoff semifinal against Oklahoma, the nation’s reigning leader in tackles for loss was selected in the first round by the Buffalo Bills. Lawson will be expected to help fill the shoes of former Buffalo defensive end Mario Williams, who was released earlier in the offseason. Bills head coach Rex Ryan has a son, Seth, who currently serves as the holder for the Tigers, and Coach Ryan has publicly lauded Clemson’s program in the past. Therefore, it comes as no surprise that he is turning to Lawson to help rejuvenate Buffalo’s aging defensive line.

33rd Overall (2nd Round) to the Tennessee Titans

Lawson’s partner in crime from this past season had his name called early in the second round. Now a member of the rebuilding Tennessee Titans, Dodd should be able to compete for a starting position at defensive end at Titans training camp this summer. Though Tennessee boasts Pro Bowl defensive tackle Jurrell Casey, the rest of the defensive line is unproven. Therefore, expect the 6-5, 277-pound Dodd to try and make a mark early on in his NFL career.

54th Overall (2nd Round) to the Minnesota Vikings

Despite being loaded at the position, the Minnesota Vikings could not resist the temptation of selecting the Tigers’ shutdown cornerback when he was surprisingly still on the board late in the second round. A proven corner, Alexander sported arguably the most impressive college resumé of all the cornerbacks in this year’s draft class. Like All-Pro Darrelle Revis, Alexander put receivers on a virtual island in two seasons at Clemson. He was named a Third-Team All-American this past season for his remarkable play. The Vikings have an established starting cornerback in Xavier Rhodes, but the other starter from last year, Terence Newman, is the oldest active corner in the league. With that said, expect Alexander to put up a valiant fight this coming preseason for a starting job, and do not be surprised if he earns one.

57th Overall (2nd Round) to the Indianapolis Colts

Running the 40-yard dash at the NFL Combine has probably never aided a Clemson player’s draft status quite as much as it helped free safety T.J. Green this year. Running a blazing 4.34 40-yard dash, Green set the record for the fastest 40 time recorded by a safety in the modern Combine era. Along with his 6-3 frame and hard-hitting ability, Green became a hot commodity come draft time. The Colts lost starting free safety Dwight Lowery in free agency this spring, so Green should be in the mix to become Lowery’s replacement in the starting lineup once training camp gets underway.

109th Overall (4th Round) to the New York Giants

Clemson’s undisputed leader in the middle last season, Goodson was chosen by the New York Giants in the fourth round. The Giants struggled defensively during the course of the 2015 season, and even though the secondary was their primary weakness, the linebacking corps was not as good as some of the previous units fielded by the Giants. Hindered by the loss of aging stars at the position over the past handful of years, including veteran Jon Beason to retirement this offseason, the Giants have a lot of question marks at linebacker. Goodson may very well be an answer. Look for the savvy field general to make an impact this season at MetLife Stadium.

166th Overall (5th Round) to the Houston Texans

While purely coincidental that defensive tackle Vince Wilfork plays for the Houston Texans, the team that drafted defensive tackle D.J. Reader, it is interesting that Reader will have the chance to learn under a future Hall of Famer at his position who closely resembles him. Like Wilfork, Reader is a mountain of a man, standing at 6-3 and weighing 325 pounds. Boasting exceptional size and strength, Reader could prove to be a steal for the Texans.

After putting together a solid senior campaign, it would have been hard for teams to pass up the opportunity to draft wide receiver Charone Peake. A seventh-round selection by the New York Jets, Peake is now a member of one of the NFL’s top receiving corps. Despite the Jets being in quarterback limbo at the moment, the roster features veteran wideouts Eric Decker and Brandon Marshall. Tall, lean and fast like Marshall, Peake will look to develop into a secret weapon for the Jets should he land a roster spot.

244th Overall (7th Round) to the Minnesota Vikings

It is no secret that strong safety Jayron Kearse was drafted a lot lower than many draft analysts and Clemson fans alike expected. Kearse will look to be the ultimate steal of the 2016 draft. Teaming up with fellow Clemson defensive back Mackensie Alexander in Minnesota, Kearse has an opportunity to outplay his draft position by displaying his freakish athleticism on the back end of the Vikings’ defense.

247th Overall (7th Round) to the Seattle Seahawks

Surprising many when he opted to go pro following this past college football season, running back Zac Brooks’ decision paid off, as he was selected by the Seattle Seahawks in the seventh round. An untimely camp injury in 2014 forced Brooks to miss the entirety of the season, and when he returned to action in 2015 he did not receive the workload he enjoyed earlier in his career due to Wayne Gallman’s emergence. Brooks can make some noise in Seattle right off the bat, with the running back position somewhat up in the air following the offseason retirement of Marshawn Lynch. Brooks is definitely one to keep an eye on during training camp, as his ability to catch the ball out of the backfield also provides a valuable asset NFL teams covet from the position.