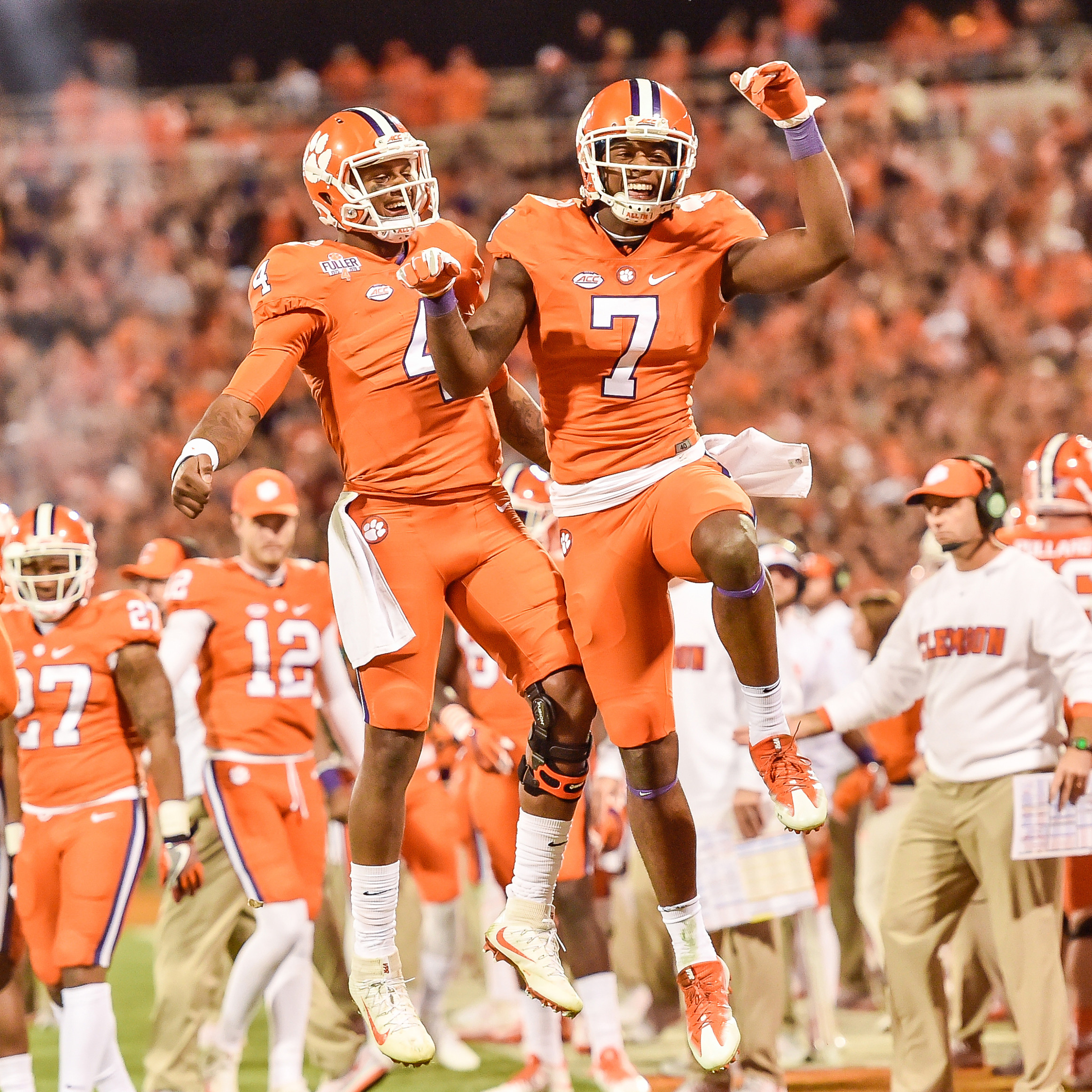 The 2017 NFL Draft saw six Clemson Tigers selected, with the six selections tying Clemson for the eighth-most picks from a single program at this year’s draft. Effectively putting a bow on a remarkable 2016 season, the six selections in Philadelphia, combined with the handful of former Tigers signing as undrafted free agents thereafter, served as a happy ending for a very illustrious chapter of Clemson football history. All six draftees are highly talented players in line to experience success at the next level. Here is a take on what each of them brings to the table in the NFL.

7th Overall (1st Round) to the Los Angeles Chargers

It is a new era for the Chargers franchise, as the move to Los Angeles is bringing with it plenty of intrigue and particularly high expectations. Therefore, wide receiver Mike Williams is in perfect position to make waves from the start, as he is in line to be one of veteran quarterback Philip Rivers’ top targets in 2017. With Rivers under center, the Charger offense has always seemed to thrive with tall, athletic wideouts, such as Malcom Floyd and Vincent Jackson, in the starting lineup, which bodes well for the 6-4 Williams. A freak athlete with a propensity to haul in unbelievable catches, Williams is poised to bring plenty of excitement to Los Angeles.

12th Overall (1st Round) to the Houston Texans

Deshaun Watson and DeAndre Hopkins never had the opportunity to play together at Clemson, but they could be the next great pass and catch duo in the NFL. With quarterback questions looming in Houston, the Texans opted to trade up and select Watson, an understandable move. A certified winner at every level that he has played at so far, Watson brings a winning pedigree with him to a Houston team that has not boasted a true franchise quarterback since Matt Schaub was under center slinging the pigskin to Andre Johnson. Watson played in a diverse, fast-paced offense at Clemson, which should help him as he adjusts to the rigors of learning an NFL playbook. Watson is also heady and athletic and sports a cannon for an arm, making it safe to say that the Texans were elated to have the opportunity to select him at 12th overall.

97th Overall (3rd Round) to the Miami Dolphins

Cordrea Tankersley made the most of his senior season this past fall, consistently putting receivers on an island and earning Third-Team All-America honors in the process. Tankersley gradually climbed draft boards throughout the 2016 college football season, and it was arguably a steal for the Miami Dolphins to have been able to snag him late in the third round. Tankersley will now have the opportunity to play in the secondary with a fellow former Clemson defensive back in Byron Maxwell, the Dolphins’ top corner right now. In addition, Tankersley could find himself in a battle for a starting gig at training camp this summer, where his elite coverage skills are sure to work wonders for him.

140th Overall (4th Round) to the New York Giants

On a national scale, often lost in all of the excitement presented by Clemson’s passing attack these past two seasons was just how great and consistent running back Wayne Gallman was, epitomized perhaps by his fourth-round selection. A pure downhill rusher with great ball control and tackle-shedding abilities, Gallman will be in the mix to try and shore up the New York Giants’ running back woes. The Giants have utilized a running back by committee situation for a handful of years now, and, with quarterback Eli Manning not getting any younger, the presence of a young, trustworthy running back could make Gallman a valuable member of the Giants’ offense this coming season.

142nd Overall (4th Round) to the Houston Texans

With star defensive tackle Vince Wilfork rumored to be leaning toward retirement, Carlos Watkins could be walking into a golden opportunity to make an impact on the Texans’ defensive line in 2017. Like Wilfork, Watkins is a prototypical defensive tackle, boasting an imposing stature and a stellar run-stopping acumen. Interestingly enough, Watkins could very well find himself one day starting alongside former Clemson teammate D.J. Reader, another great run-stopper at the position. The experience that Watkins garnered while playing on such a talented defensive line at Clemson is certain to aid him as he transitions to the NFL.

The New York Jets’ offense is definitely looking to regroup and rebuild after a lackluster 2016 showing, thereby signifying that tight end Jordan Leggett is in great position to make his presence felt early on. Leggett solidified himself as a certified playmaker while at Clemson, often hauling in clutch receptions in pivotal spots. Coming off of a season in which he compiled the most receiving yards by a tight end in Clemson history, Leggett could end up being a steal for the Jets as a fifth-round selection. The Jets’ tight end situation is tenuous at the moment, with Austin Seferian-Jenkins facing an early-season suspension. Leggett could take advantage of that if his excellent play from his final collegiate season carries over into his first professional campaign.