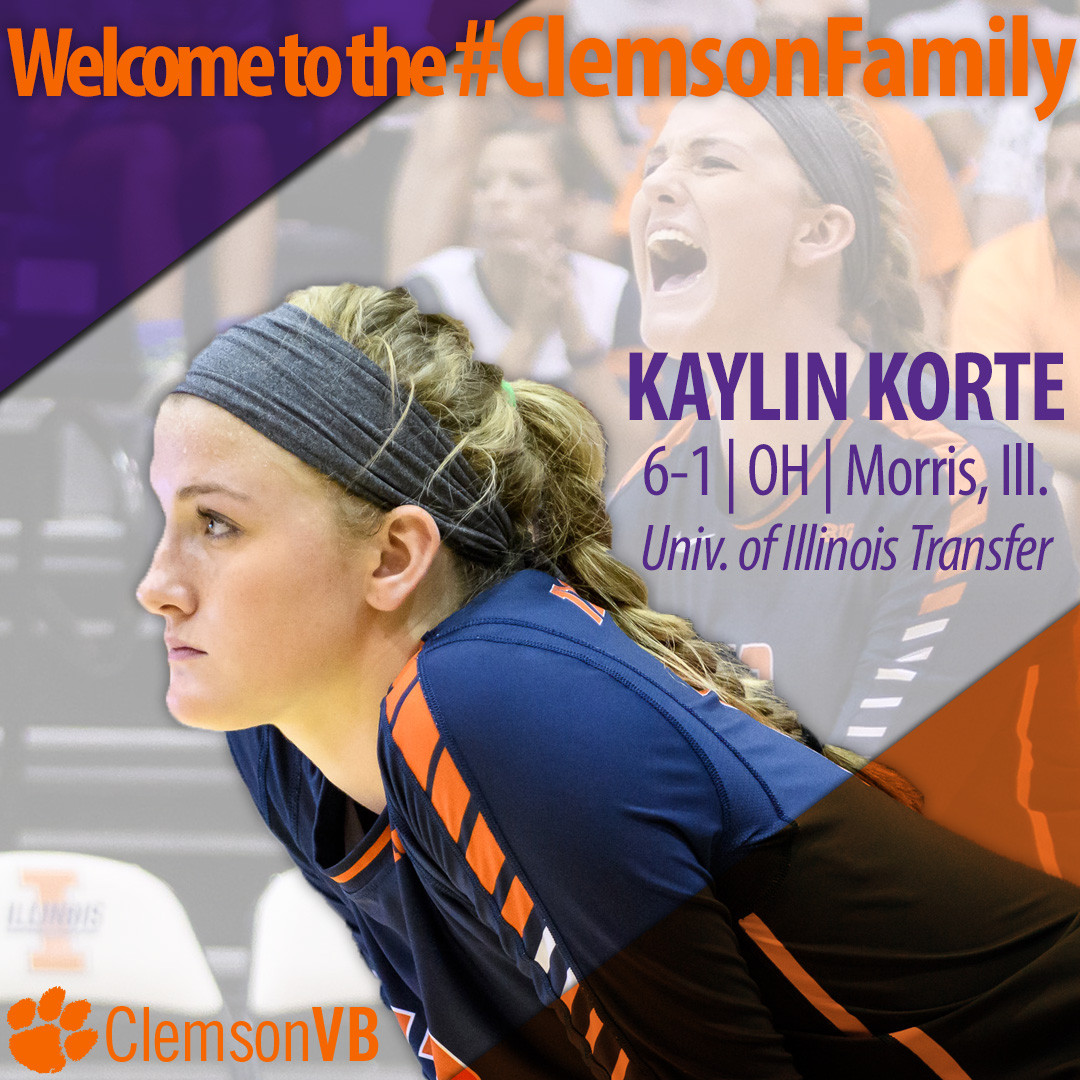 CLEMSON, S.C. – Kaylin Korte, an outside hitter from Morris, Ill. and transfer from University of Illinois, has signed a financial aid agreement to join the Clemson volleyball team in the fall of 2017. Korte was a freshman at Illinois in 2016, and prior to that, played for Morris High School and 1st Alliance Volleyball Club.

“We are thrilled to have Kaylin join the Clemson volleyball family,” said the Tigers’ first-year Head Coach Michaela Franklin. “She brings us experience and depth on the outside and she has the ability to play the full game. Kaylin is a fun player to watch as she is a true competitor that plays with passion and intensity, and her dynamic style of play will have a huge impact on our program. We are looking forward to working with Kaylin and having her on our side of the net!”

As a high school senior in 2015, Korte was named to the AVCA Under Armour Girls High School All-America Third Team and was named to the AVCA Phenom List in 2013 and 2014. She was a three-time member of the North Central Illinois All-Conference First Team and a two-time Joliet Herald All-Area Team selection. Korte holds the Morris High School record for kills (1,217), attempts (2,527) and blocks (183).

Korte was also a PrepVolleyball.com Top 100 player, and was named an All-American and a Senior Ace by the same association. She was a member of the Junior Volleyball Association All-National Team in 2015, and also was a USA Volleyball A1 Continental Team member.