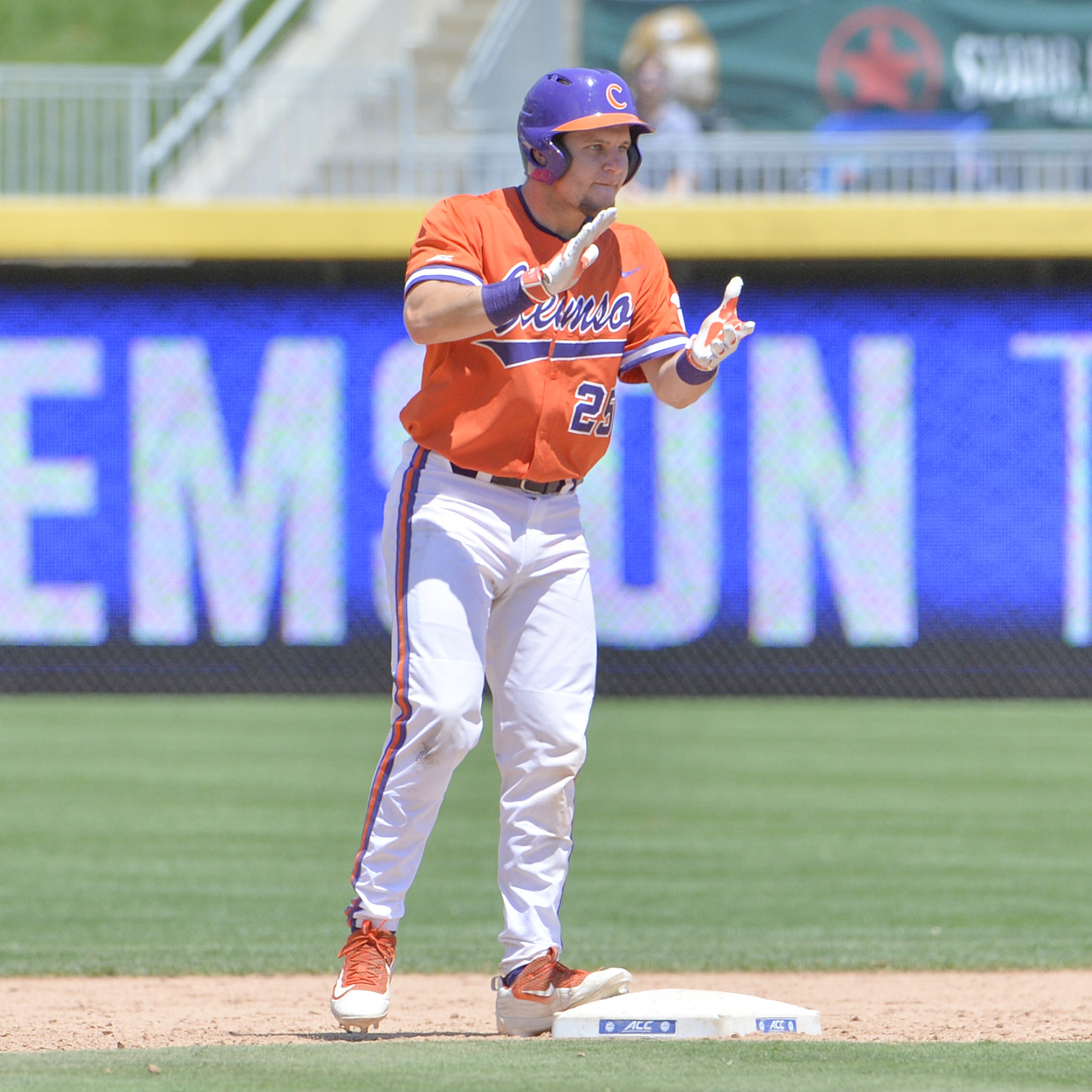 If It Ain?t Broke Don?t Fix It

Doug Kingsmore Stadium is undergoing a transformation to prepare for this weekend’s regional. Orange and purple bunting decorates the stands, camera crews are setting up and blue NCAA baseball banners can be found throughout the stadium, reminding fans that postseason baseball has arrived in Clemson for the first time since 2011.

There is one thing that is not changing because of the postseason environment, and that is the attitude of the team. The newly-crowned ACC champion Tigers are taking the same loose approach to the regional that they have maintained all season because, as head coach Monte Lee put it earlier in the year, “if it ain’t broke, don’t fix it.”

“We try to teach our players how to deal with big-time baseball and the postseason,” Lee said after practice on Thursday morning. “Why are you here? You’re here for what you did in the regular season and throughout the conference tournament. You don’t need to change. You don’t need to try to do anything differently. If anything, enjoy it.

“We’ve been working since August to get in this position, so enjoy it. When you cross those white lines, you’ve got to treat it like a playground. Go out there and enjoy playing in front of your home crowd. If you do that, if you enjoy it and don’t put too much pressure on yourself, you tend to play better and win.”

For the Tigers, that pressure could come in the form of looking forward to the potential of a super regional against rival South Carolina or even as far as Omaha, but lefthander Pat Krall noted that one of the team’s biggest strengths is its ability to hone its focus to the task at hand rather than getting ahead of itself.

“We’re keeping the same mentality,” Krall said of the team’s goal shifting from hosting a regional to getting to Omaha. “We’ve been preaching all year about winning that game at hand, winning that inning at hand and winning that pitch at hand.

“The big thing about our team, and I think what we do really well, is focusing just on Friday night and that first pitch on Friday night. We’re doing everything we can to be prepared for game one and not looking ahead. I think that’s something that we do really well, and I think that’s one of the reasons we’ve been so successful, especially late in the season.”

Lee added that another factor in the Tigers’ success has been the way they welcome hard situations and are “very comfortable being uncomfortable,” a quality that he especially recognized during the ACC Tournament.

“No matter what the circumstances are, up by four or down by four, we embrace the situation,” echoed Chris Okey, adding that the team is as relaxed now as they were on day one. “We play as hard as we possibly can. When we take the field, we play loose, we play confident and we’re going to give everything we’ve got.”