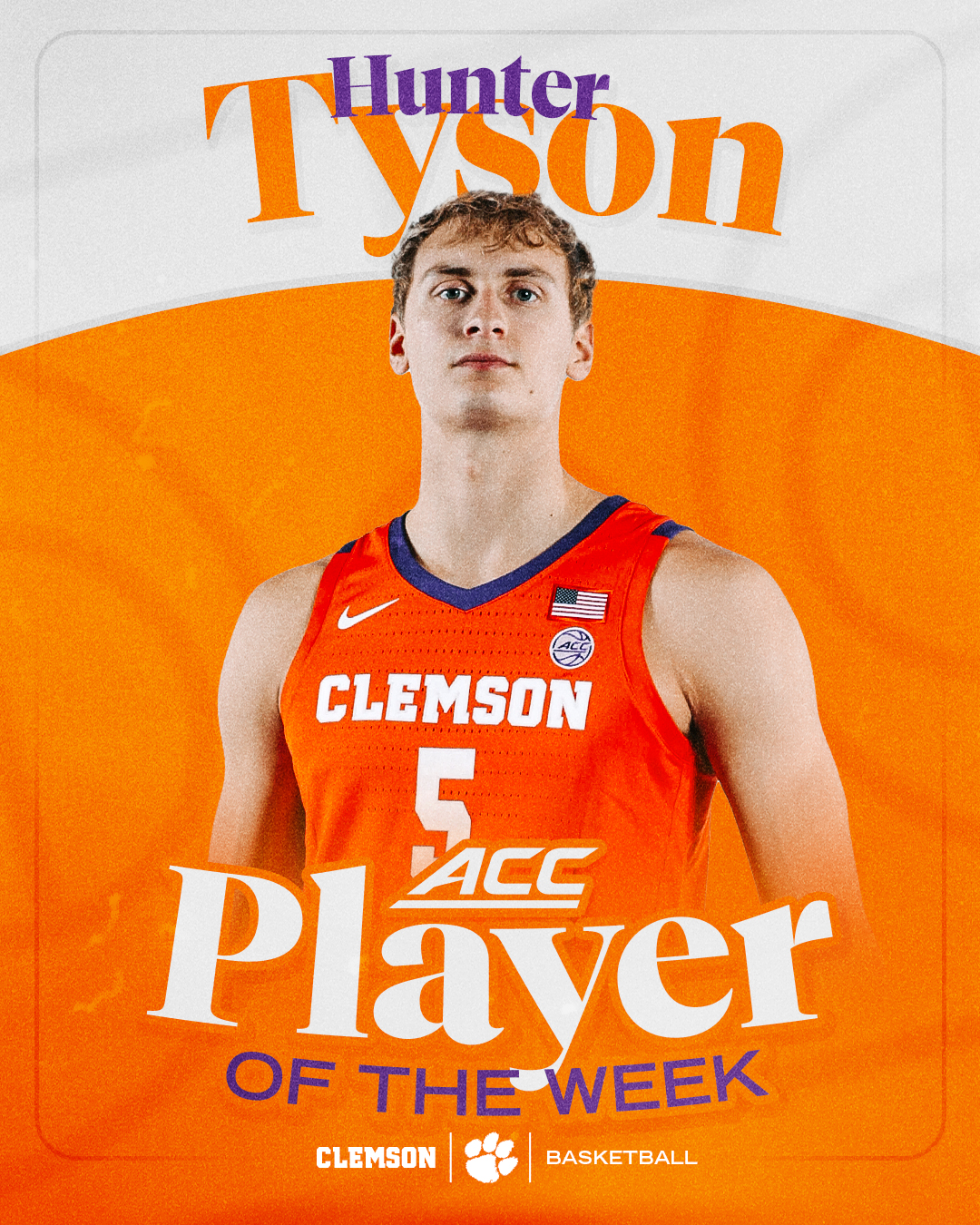 GREENSBORO, N.C. – Graduate forward Hunter Tyson (Monroe, N.C./Piedmont) was named Co-ACC Player of the Week, as voted on by a panel of media members, for his performance in Clemson University men’s basketball’s win 78-64 win over NC State.

Tyson totaled career highs in points (31) and rebounds (15) in the Tigers’ win over the Wolfpack. He finished 9-for-13 from the floor, 4-for-5 from three and a perfect 9-for-9 at the foul line. His nine made free throws were also a career high.

The Monroe, N.C. native turned in Clemson’s first 30-point, 15-rebound game since Horace Grant did it against Wake Forest on Feb. 18, 1987 (33 points and 20 rebounds). It’s only been done four times in program history – once by Tyson, twice by Grant and once by Randy Mahaffey.

The double-double for Tyson was his sixth of the season and the seventh of his career. He is currently second in the league in double-doubles and ranks 14th nationally.

In his performance against the Wolfpack, Tyson scored 26 of his 31 points in the second half, including 17-straight for the Tigers and made his final seven shots of the game, including all nine free throws.

Tyson is averaging a career-best 15.6 points and 9.7 rebounds per game this season. He’s 14th in the league in scoring, third in rebounding, ninth in field goal percentage, second in free throw percentage and 10th in threes made.

The Tigers will play on the road twice this week. They travel to Virginia Tech on Jan. 4 and then to Pittsburgh on Jan. 7.