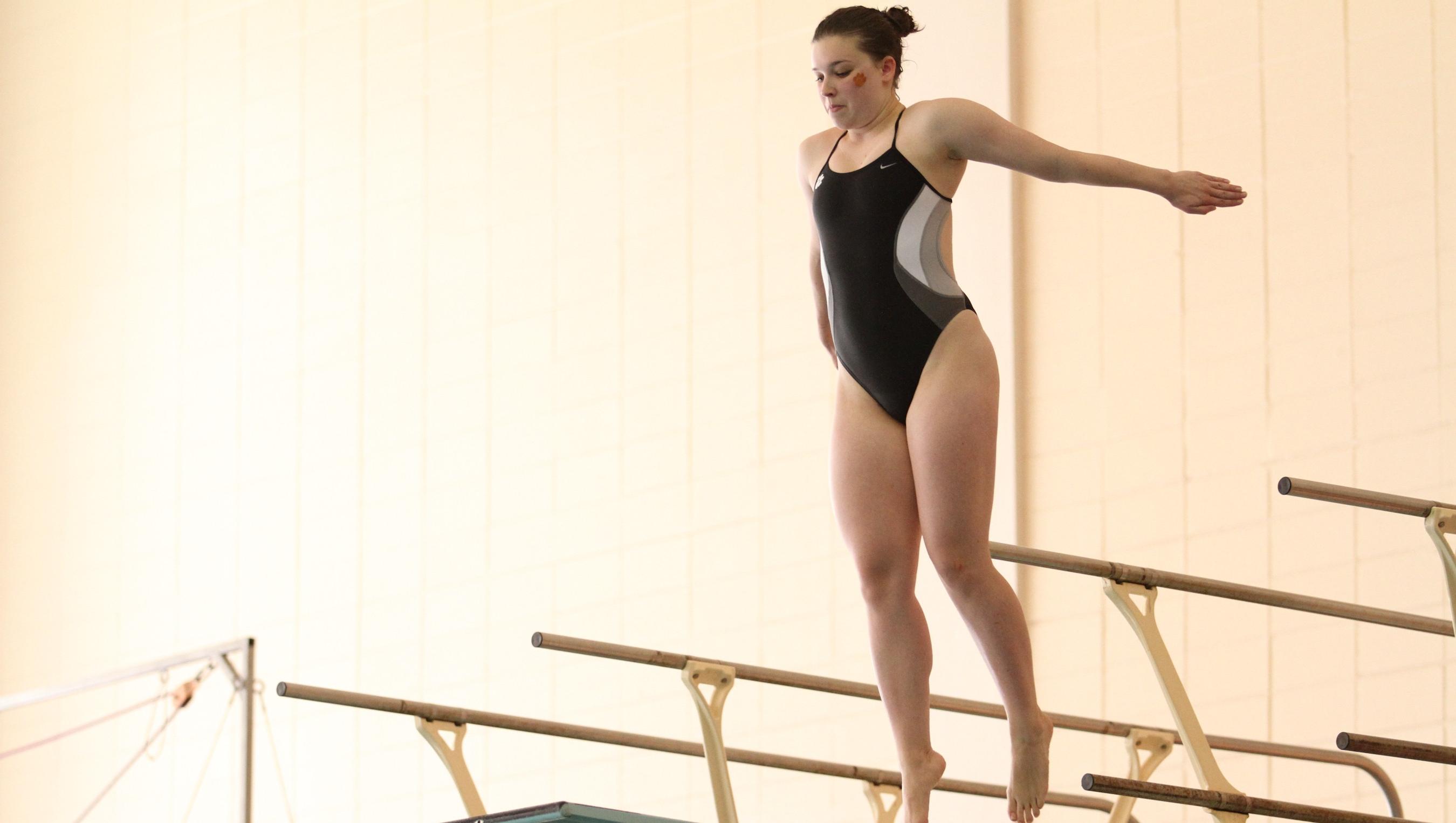 CLEMSON, SC – Senior Emily Howard set the school records for both the one-meter and three-meter events to lead Clemson over College of Charleston on Saturday afternoon at McHugh Natatorium. The Tigers topped the Cougars, 32-6, to improve to 8-1-1 on the season in dual meets, including a perfect 5-0 mark at home.

Howard already held both school records entering today’s meet. Earlier this season, she set the one-meter record with a score of 293.95 at Davidson and VMI. She set the three-meter record last season at NC State with a mark of 306.83. In addition, she set McHugh Natatorium records for the one-meter and three-meter diving, since Clemson became a diving only program starting in 2012.

Juliana Melchionda had quite a performance in both events at today’s meet as well. She qualified for NCAA Zones in the one-meter event to become the seventh different Tiger diver to qualify in at least one event this season. She finished third in that event with a score of 284.20. She then qualified in the three-meter event finishing third with a career-high score of 301.75.

Danielle Reitsma qualified in both events for the first time this season. She turned in a one-meter score of 274.95 to earn a bid to zones in the one-meter. She then tallied a score of 286.80 to qualify for zones in the three-meter.

She becomes the first Tiger diver to qualify in all three events this season, having recorded a qualifying score in the platform event in Clemson’s last home meet on January 18. In fact, she was able to accomplish that feat in just three collegiate meets

Chelsea Uranaka finished fourth in the one-meter diving with a 275.80 to qualify in that event for the first time. She finished with a strong three-meter performance recording a career-high 305.50 to finish second in that event. Howard, Melchionda and Uranaka each recorded scores of at least 300 in today’s meet and are the only Tigers to do so this year.

Megan Helwagen totaled a one-meter season-high score of 286.80 in that event to come in second. She qualified in the one-meter event in the Tigers’ last home meet against College of Charleston and Western Kentucky.

The Tigers will wrap up regular season action next week when they host Davidson and James Madison on Senior Day at noon at McHugh Natatorium.