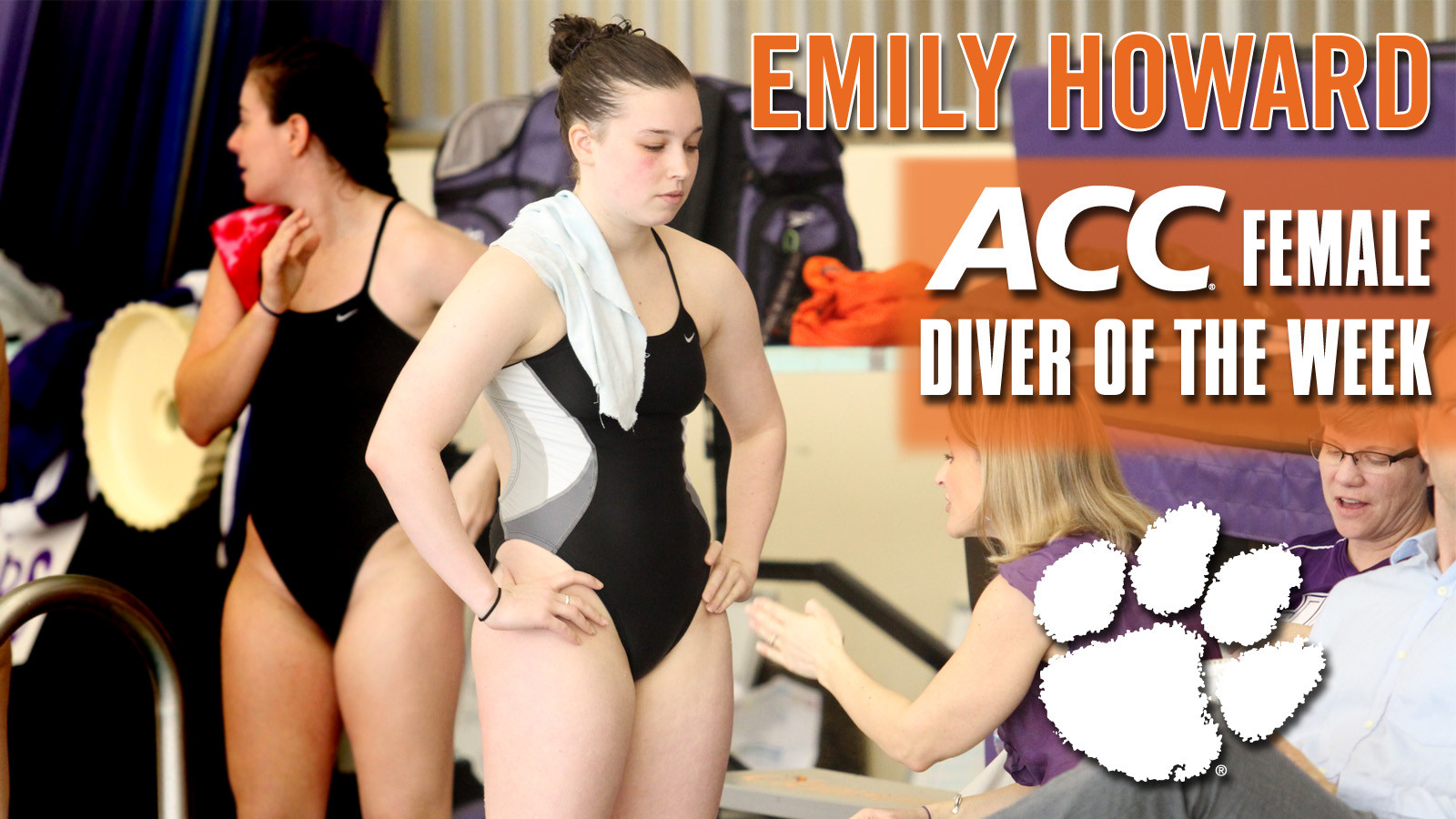 CLEMSON, SC – Senior captain Emily Howard has been named ACC Female Diver-of-the-Week, as announced by the conference on Tuesday. Howard is the first Tiger diver to earn the honor as a member of the women’s diving only program.

Howard recorded a school-record three-meter score of 319.50 on Saturday against Davidson and James Madison to take first in that event. She also recorded a 289.30 in the one-meter event, the second-best score of her career. Howard finished the regular season with 119 competition points, most by any Tiger.

“I am extremely excited for Emily Howard to be named ACC Diver-of-the-Week,” said Head Coach Leslie Hasselbach Adams. “Emily’s commitment to excellence in all areas of our sport has led her to yet another well-earned milestone in her career. It is so great to see everything come together for her as her visions and goals continue to become a reality.”