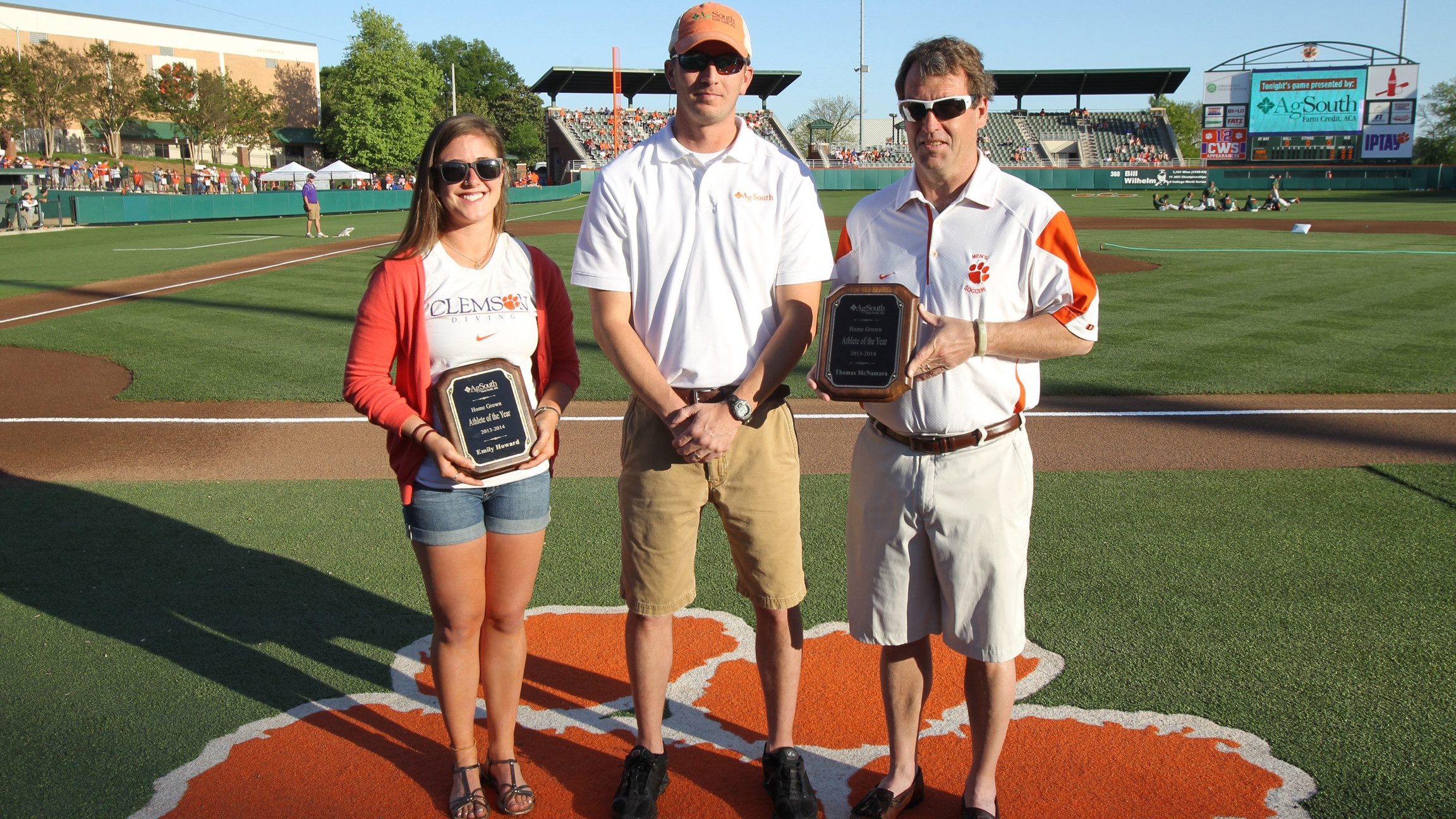 Diver Emily Howard and men’s soccer player Thomas McNamara were named the AgSouth Female and Male Student-Athletes of the Year for the 2013-14 academic year. The two Tiger seniors were honored prior to the Clemson vs. Miami baseball game on Saturday, April 26. Head Men’s Soccer Coach Mike Noonan accepted the award on behalf of McNamara, and Howard’s teammate, Jessica Doolittle, was on hand to accept her award.

Howard set school record scores in both the one-meter and three-meter in 2014. The senior co-captain led the Tiger diving team with 163 points and recorded the top four one-meter scores this season. Howard qualified for NCAA Zones in both the one-meter and three-meter events for the second straight season. The native of Newtown, Penn., was recently named to the All-ACC Academic Swimming and Diving team and also earned an ACC Postgraduate Scholarship.

McNamara led Clemson in scoring with seven goals and eight assists for 22 points in 2013 and led the Tigers to the first round of the NCAA Tournament. The graduate student and West Nyack, NY native was named to the All-ACC First Team and the NSCAA All-America Second Team. He was also named to the Capital One Academic All-America First Team, and is just the 18th athlete in Clemson history to be named an All-American both on and off the field in the same academic year.

Click HERE or the play button in the photo above to watch Howard’s acceptance speech.