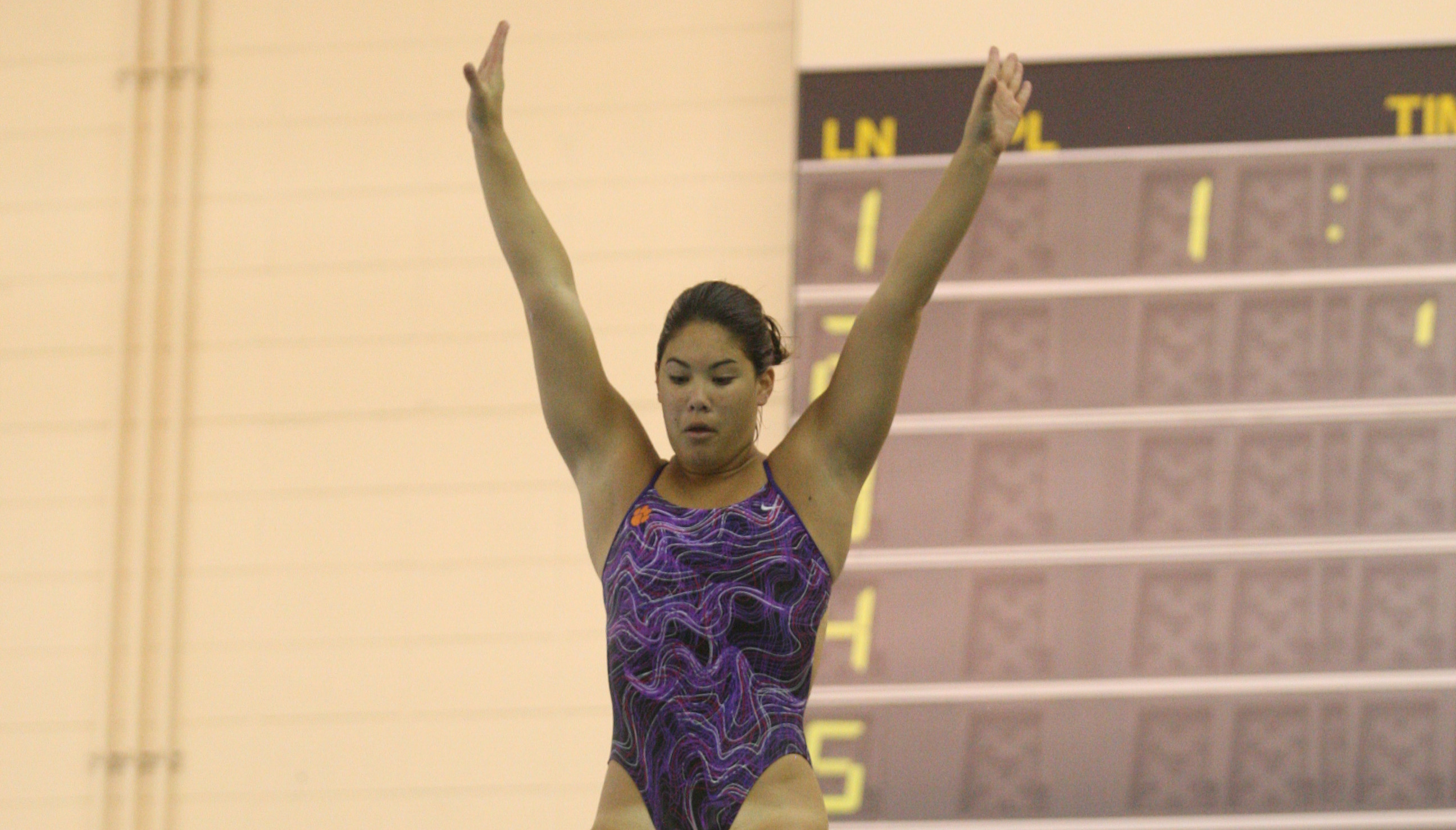 The Clemson women’s diving team continued its development in year one of the program with a strong weekend of competition at the Phill Hansel Invitational in Houston, TX. During the three-day event, a host of student-athletes got experience in the one-meter, the three-meter, and the platform.

“This meet served as a great assessment tool as we have reached the halfway point in our season,” Head Coach Leslie Hasselbach Adams said. “We saw some great moments of brilliance and we also witnessed areas that we need improvement. Now it’s time to refocus our energies as we prepare for our upcoming invitationals after the Thanksgiving holidays.”

Chelsea Uranaka led the Tigers with a 13th-place finish in the three-meter, as her score of 265.05 was just shy of a qualifying mark for the finals. Elizabeth Tatum and Emily Howard tied for 23rd with scores of 252.45.