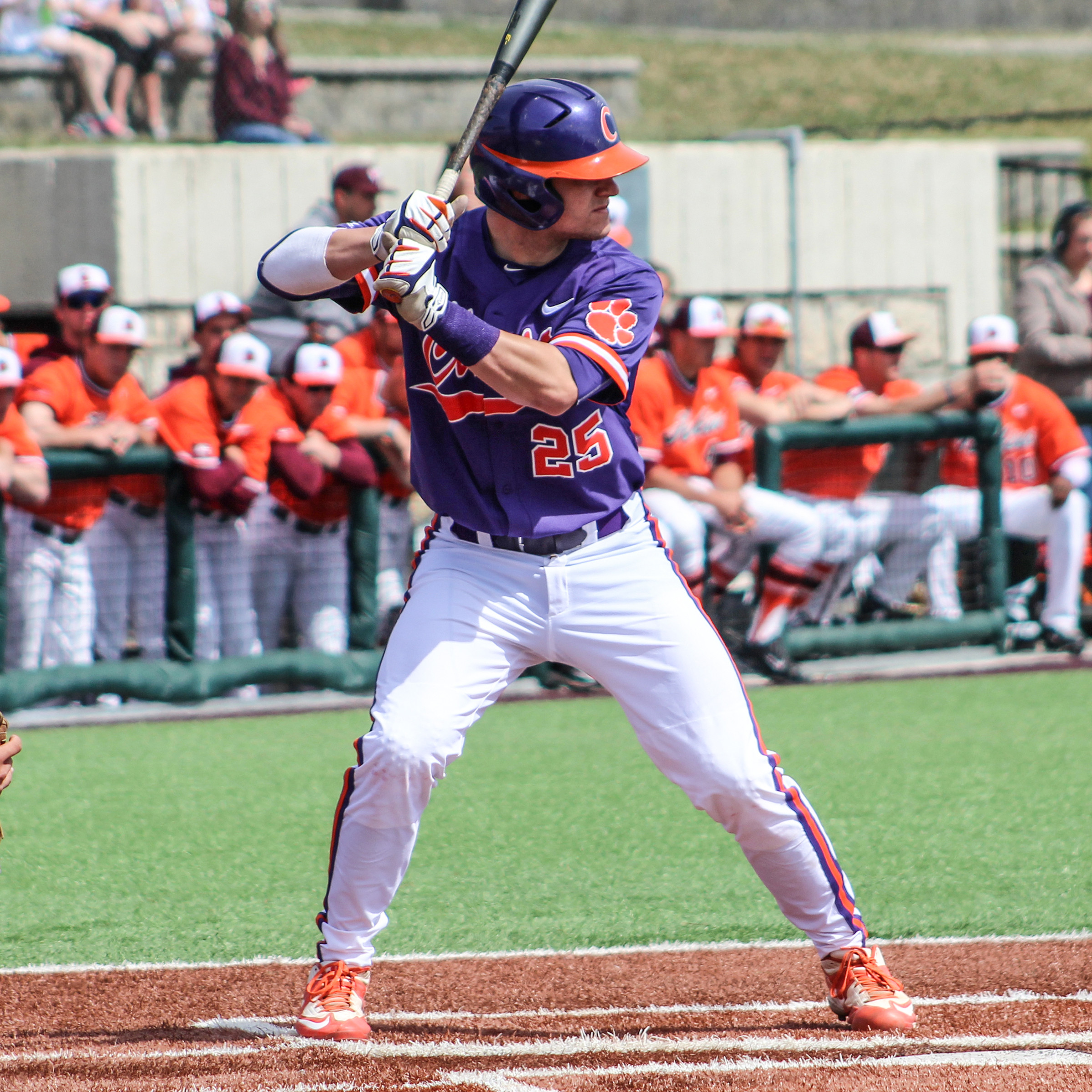 BLACKSBURG, VA. – Rahiem Cooper’s one-out fielder’s choice in the 12th inning scored Kyle Wernicki for the walkoff run in Virginia Tech’s 4-3 victory over Clemson at English Field on Sunday afternoon. The Hokies improved to 12-12 overall and 5-4 in the ACC. The Tigers, who won the series 2-1, fell to 11-11 overall and 4-5 in the ACC.

The Hokies committed two costly errors in Clemson’s three-run first inning. Steven Duggar laced a run-scoring double, while Chris Okey added a run-scoring single in the frame. Virginia Tech scored single runs in the bottom of the first inning and third inning, then tied the score on a two-out wild pitch in the eighth inning.

Tyler Krieger added two hits to extend his hitting streak to 10 games, his second double-digit hitting streak of 2015. Clemson had its chances to score the go-ahead run in extra innings, but left seven runners on base in the final three innings, including six in scoring position.

Clemson is back on the road Tuesday at 5 p.m. when it faces Western Carolina in Cullowhee, N.C.